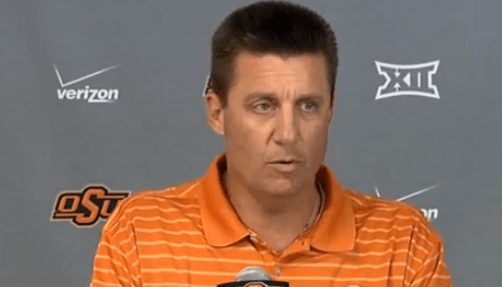 Absurdly short presser today with, quite honestly, not too much information. Coach talks some Texas, the future of the Big 12, the NFL, his seniors and Yurcich’s replacement…sort of, but not really.

The best moment of this one was before the mics were even hot.

Reporter: “You buyin’ or sellin’?”

Reporter: “Add your own Longhorn jokes here, huh?” Coach, while trying not to smile at the guy: “Oh, I didn’t even think about that.”

• When asked why Texas has improved since the beginning of the season: “Their quarterback’s gained some experience. They’re still big, strong, fast, and can run and make plays. They’ve got good players.”

• Is Texas the most physical, straight-ahead team we’ll play? “I think so.” Stare. Then, after some Gundy-esque awkward silence, “I think they’ve improved.”

• Coach said the recent wins in Austin (our first there since WWII) were, “big steps for our program.”

• A reporter then asked a lengthy question about injuries and youth and summed it up by basically asking what is the biggest challenge for Mike (Yurcich) and the offense and what changes need to be made: “Other than the obvious? Nothing.”

• The question of the Big 12 being surprising, whether to him or on the national landscape, came up: “Not really much in college football that surprises me. I’ve been saying that for five years and nobody’s believed me.”

What? Nobody’s believed your perspective – is that possible?

“I think now everybody’s buying into it.”

• “This league will develop like what people thought about the SEC West.” Accompanied by this signal he uses once in a while when talking about the SEC: 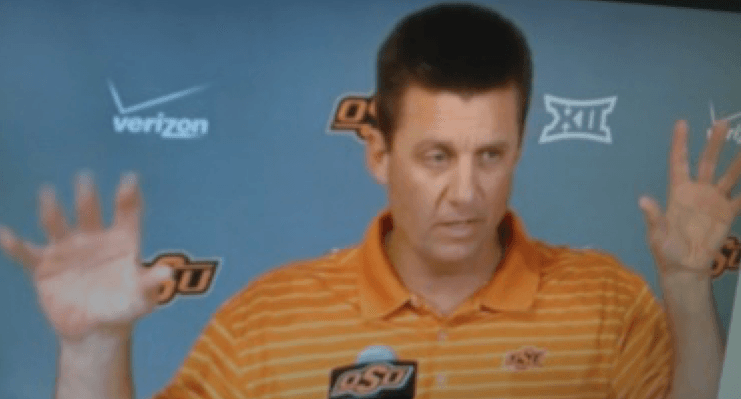 • Are TCU and Baylor the new “wildcards” in the Big 12? “Sure. This league, the way it’s panning out, is going to be really, really strong.”

• Someone asked a question which boiled down to what he thinks about Tyreek going to the NFL: “Once the season’s over, they’ll get a draft analysis. Ultimately, it’s their decision.”

• Asked specifically about Tyreek and how he’s developed and where he can go: “He’s a better football player. He’s got a ways to go to compete at that level. In my opinion, he needs some fine tuning. This week we’re trying to get him ready to play Texas.” In other words, P L E A S E don’t go yet Tyreek!!!!

• As far as guys leaving early for the NFL: “Not sure many of them are ready to come out early. That game is considerably different that this game.”

• “The quarterback for the Colts…”

You mean, Andrew Luck, Coach? The guy you beat in the Fiesta Bowl that is now everybody’s favorite quarterback?!?

“…he stayed and came out after his senior year a much different football player – much more NFL ready.”

• Some guy asked about improving the offense, is there anything he can do, or is it just little steps? “Just keep moving forward.” 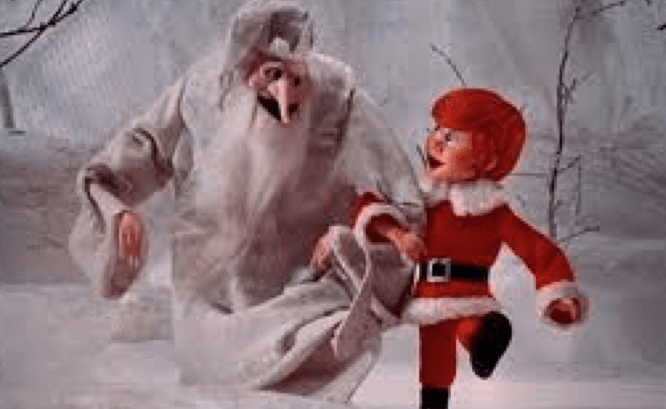 • “Just put one foot in front of the other…” Sorry – not much material here; and, it’s closing in on the Holidays!

• Cool question about Nathan Peterson – former Marine, former OSU player, current defensive coach, regarding his presence on the staff considering tomorrow is Veteran’s Day: “He had great heart, great team player, great determination, just a tough guy. Worked out for him in the military. He’s just kind of a tough guy – some guys are tougher than others!”

(Here’s looking at you, Julian Wilson.)

“They continue to allow themselves to be coached. I haven’t seen anything that concerns me.”

• This Saturday is Senior Night. Coach was asked his perspective: “Hard to see guys go. Some of them have a chance to keep on playing football. Most are going to go out and get a job in the real world. Hopefully the time they’ve spent here with us has prepared them to go out and contribute to society and do something that makes them happy. Then, they’ll come back on Homecoming and be glad they went to Oklahoma State.”

• “This is one of the few times during the year that really affects me emotionally. Most of everything we do or I do is pretty much routine – been doing this for 25 years. But, to see guys who committed themselves, paid the price to be part of major college football program – to see those guys leave is hard at times.”

• He was asked to comment on Des Roland as a senior and how he’s doing: “I think he’s doing fine. Losing his mother, I can only imagine what he’s going through. So, he’s back with the team, which, in my opinion, is the best thing for him. The team has really embraced him.”

• About his Senior Night: “I don’t really remember – it was a long time ago. We were on probation – we had no bowl game possibilities – I remember that part of it.”

• So, about our guys now looking to the bowl game possibility: “We haven’t really talked about it. Can’t imagine, in the world we live in, they’re not aware of it. We just talk about the next practice, work hard and go play on Saturday.”

•If we miss a bowl… “Well, you lose practices. Other than that, everyone wants to go to a bowl. Can’t let it affect you because you can’t control it.”

• As we were wrapping up, a reporter asked about after the 2009 season, Zac was banged up (gone!) and they brought in Dana.

His question meandered to the point of, when did you start looking to go in Holgo’s type direction? Was it in November – like now!? Or was it a post-season thing? In other words, when are you guys going to announce Yurcich’s replacement search?

“It was post-season. We felt like Weeden was the best quarterback and Dana was the best guy for that style of play. I didn’t have a history with that kind of offense.”

• When do we, due to a lack of points scored, decide to move in a new direction? (Wow – a little uncomfortable…) “Look at those years, we had an NFL quarterback, multiple NFL running-backs, multiple NFL linemen. That helps…a lot.”