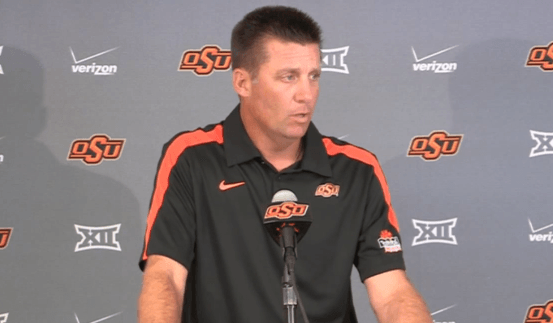 Here are some notes on the presser:

• Coach prepares the folks for the Tech game with a few comments about QBs, Tyreek, being “The Boss,” Eskimo Joe’s and “that game here seven years ago.” (He’s still a man, he’s just 47.) “We’re into game prep for Tech!”

• Opened up with generalities about team: “Attitude’s good, and getting a little better every day.” About the offense – “We’re about the same as we’ve been for a while.” Defense – “Defense will see a wide open attack.” “Our program has obviously made strides. If you go to the end of last season to the start of this season, we were on College Gameday 2 out 3 times.”

That’s wild – that hadn’t really occurred to me!

• When asked if the season so far has answered any questions about the team – “Not really. By the middle of October we’ll know more about this team.”

• Biggest plus about the young guys playing: “A lot of young players that have talent. They’re not sure which direction they’re going right now. But, it seems like football is important to them.” Seems like Mike’s not in a sharing mood today. However, he did say, “The young guys are supseptible (sic) to making mistakes.” Ok, sorry Coach, I’ll let it go! “Coaches just have to learn to trust the players.”

• In discussing the QB situation in the past: “We’ve had somewhat of a carousel at the quarterback position the last three years.” Really?! That’s like saying ESPN has had somewhat of a monopoly on the sports situation over the past few years. “Zac and Weeden started 60 of 61 games – kind of spoiled us.” Spoil me, please!!

• Coach gave his best answer of the day to the question about JW – has he had surgery? What’s his status? Answer: “He’s out right now.” Followed by a good five seconds of silence and the death stare. Glorious! 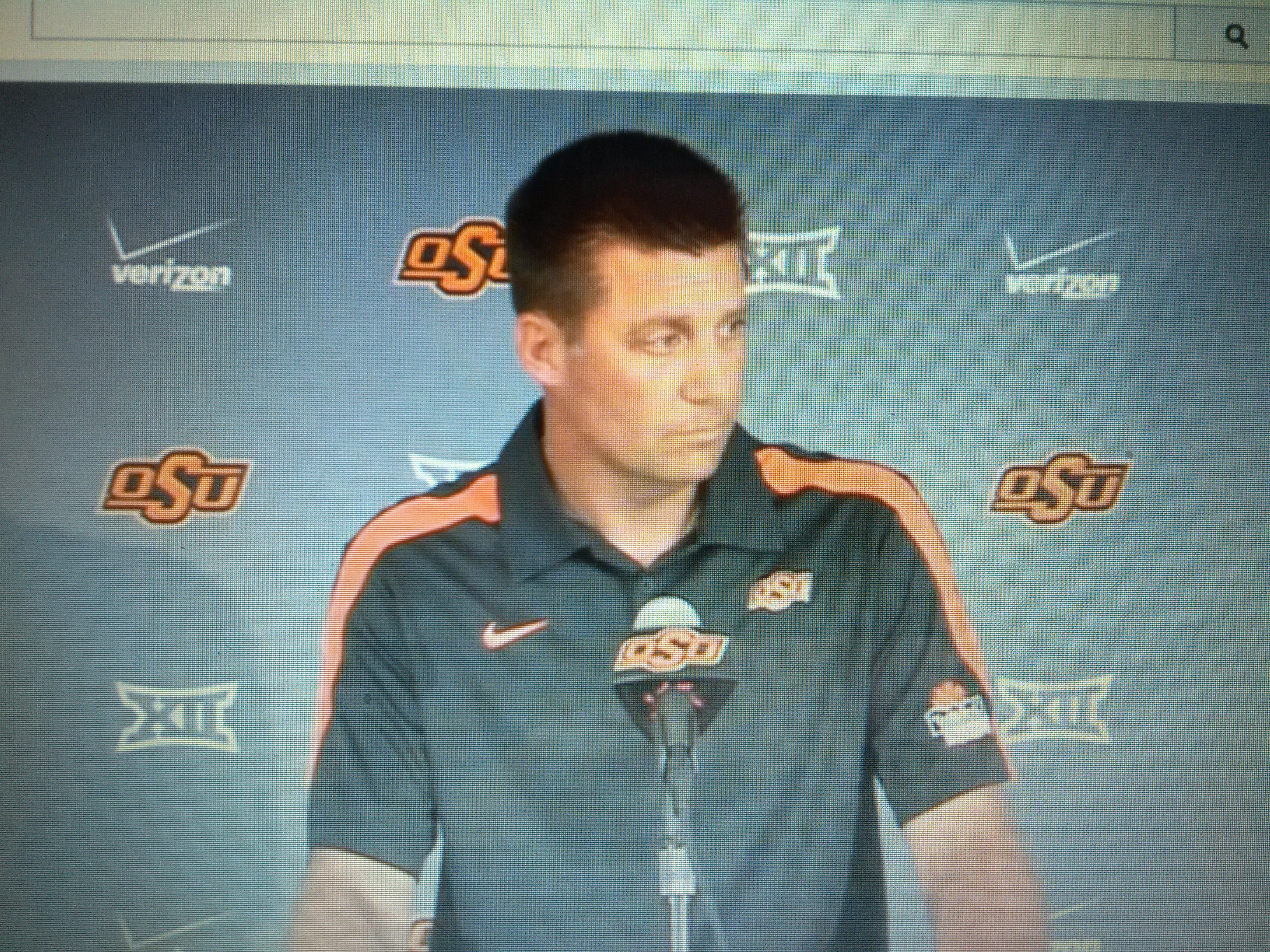 • He also made it clear he’s not a fan of, nor does he understand the word “indefinitely.” JW is out “for a few weeks for sure.”

• What has he learned about Daxx? “He throws the deep ball pretty well.” And pretty often and pretty far. “His demeanor has been good, not great. He needs to minimize mental errors.” He did compare his pocket presence post-snap to No. 3 though!

• Regarding the O-line: “They can be a little better, not a lot better.” Inspiring! Said, “They’re not anywhere near the capacity of lines we’ve had the past 3-4 years. Can’t get Des in space because we’re not blocking anybody right now.” Compared Weeden’s OL to “the Green Bay Packers.”

• When asked about developing the game plan for Tech: “Our gameplan is complete. We don’t have the luxury to open up the playbook right now.”

• In regard to Arkansas racking up 400+ yards on the ground, he said, “Doesn’t change our plan. Arkansas runs two tight ends and a fullback. And, I’m gonna guess Arkansas practices their plays a lot during the week.” …uh, yeah…

• In a shocking development, Gundy called Tech’s coach, “him,” and said he “played for a guy who was as good as any coach we’ve had in the league.” But, the shocker – he then said the name “Kingsbury” and “Mike,” as in “Leach.” Wow.

• THIS beauty when asked “about the game here seven years ago”: “Is that the one where Pettigrew caught the ball, then ran down…(trails off). It was good if you were a season ticket holder, not if you’re a coach.”

• About being The Boss, the Man in Charge: “You gotta earn the title. Comes at your 2nd contract.” Says he never looked at 1st contract, just signed it.

• When asked about the perception of staff when he returned to OSU: Some remembered him as the guy who “used to run around at Eskimo Joe’s at two in the morning and miss study hall.” But then, the earth-shaker: he gave props to Holder for giving him his job. “Every now and then you gotta get a break like that. He trusted me.”

• Talked a bit about the voters in college football and their bias: “Voters have a perception based on the history and tradition of college football.” Here’s looking at you, SEC! Did say he “needs the Big 12 to win every game.”

• Coach was asked about the NFL issues. Really appreciated what he had to say here. He seems to think bigger than football. “We talk about it every day. We try to do our best to educate our players and hold our breath. We talk to them face-to-face. We don’t give handouts. They turn into paper airplanes – very well-made paper airplanes.”

• Tonight his son has football practice and before he watches the K-State game, “I have to coach him after his practice – unfortunately for him!”

• On The Freek and getting him more touches: “As you could see, their kicker kicked the ball out of the end zone. Their punter kicked it so high or 20 yards in front of him. You can’t count on his touches coming in special teams. We need to make sure we try and get him his touches from an offensive standpoint. We want him to touch it twenty times a game.” …from an offensive standpoint…

• Finally, there was something about, “For our guys, this is like the 7th week of practice. It would be the 4th week of the 3rd week, because we played Florida State…” Or something like that…but don’t quote me.