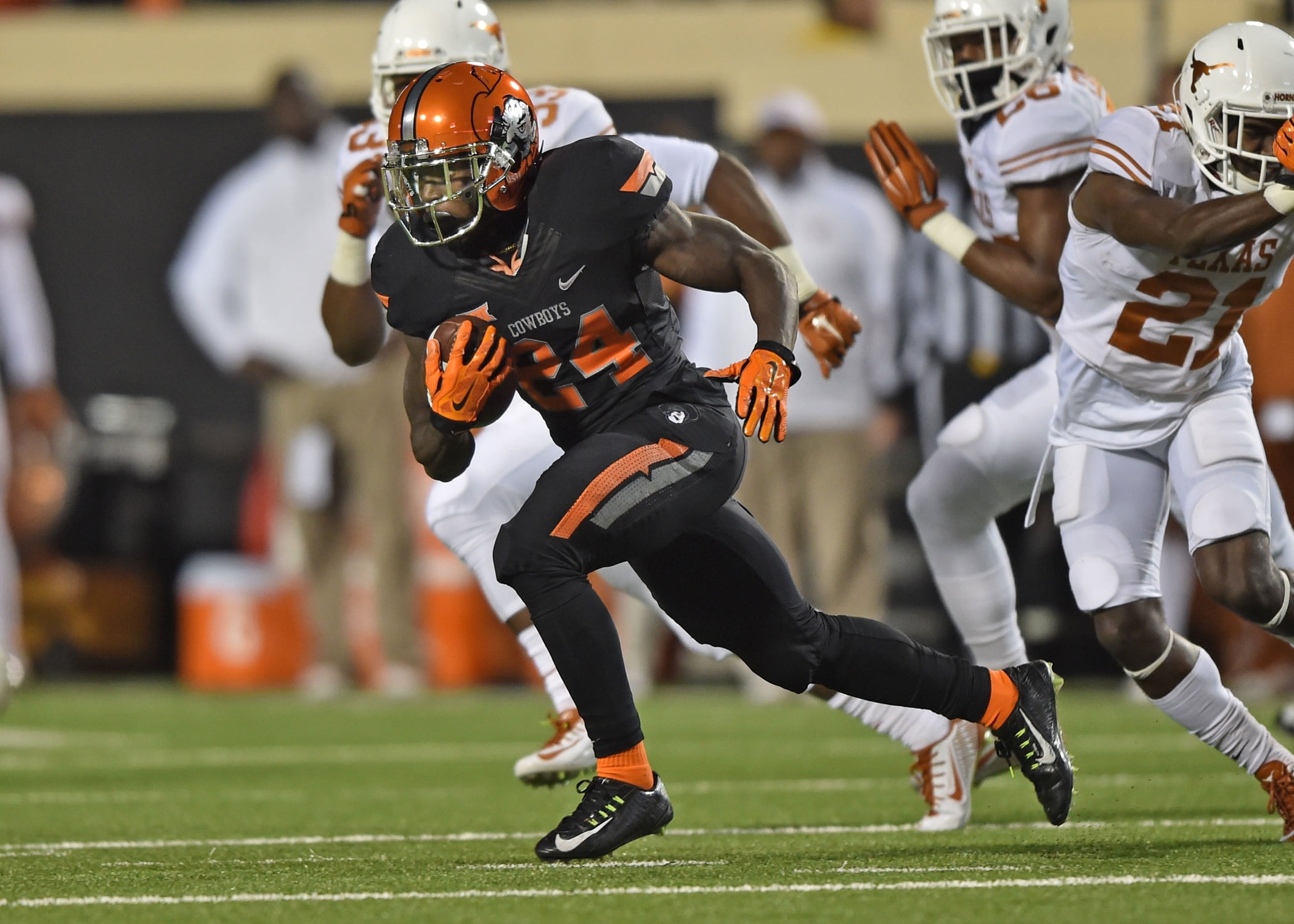 I posted the 10 Thoughts over here — this is the rest of my notebook from tonight. Not going to lie, it’s a little more sparse than usual.

• Texas ran 76 plays, OSU ran 52. Normally I wouldn’t say that’s a big deal but when you play a team as physical as Texas is, it seems like it matters more.

• I loved Texas’ helmets. Not sorry.

• Am I the only one who feels like Tyreek almost never hits the correct hole? Far be it from me to criticize the fastest dude in college football but I find myself saying “no, not that one!” pretty often.

• “Daxx Garman has done a very good job of doing the best he could.” A real quote from Joey Harrington.

• The one upside of horrific games is that Twitter is usually on point.

They had to wake up Bullet from a 3 hour nap. #okstate

We are at the point of sarcastic cheers from Cowboys fans every time the Pokes get a first down. #okstate

This picture from tonight is amazing. #OkState pic.twitter.com/g7acA5GPEL

Boone Pickens just grabbed the mic from Pres. Hargis at midfield: "Congratulations all of us, and Burns, my a$$ is cold."

If OSU plays Kansas next week, they lose. Plain and simple.

This win will make UT bowl eligible which means they'll likely be ranked top 5 next year in the preseason.

• Had to feel for Desmond Roland tonight. First game back after his mom died, senior night. All of the emotions.

• Joe Davis, the head announcer (I think that was his name) at one point gushed about a Daxx incompletion saying “at least he set his feet and stepped into it!” That’s where we’re at, folks.

• Pretty good analysis at halftime from The Visor.

• OSU didn’t beat Texas in Stillwater in my teens or 20s. That’s a little depressing.

• You know who’s a boss? Orange Power guy at the games. He would show up and scream his head off if you were rolling 11 dudes out there that have contributed to this blog. I love him.

• At one point in the second half we had 56 offensive yards and 55 penalty yards.

• This sounds about right.

Charlie Strong said he told his players to take off their cold gear before the game. Wanted to set the tone and create the right mindset

• I feel like Swoopes throws east-west a lot (or north-south in BPS). I noted it in the 10 Thoughts but are we positive he’s good? I know he does good things but I’m not convinced he’s a star.[1. We will lose by 52 in Austin next season.]

• Monstrous. He’s been one of the few bright spots. I don’t know if he’ll get it but he should be All-Big 12.

• This was called roughing the passer. I truly hope Swoopes lives through it.