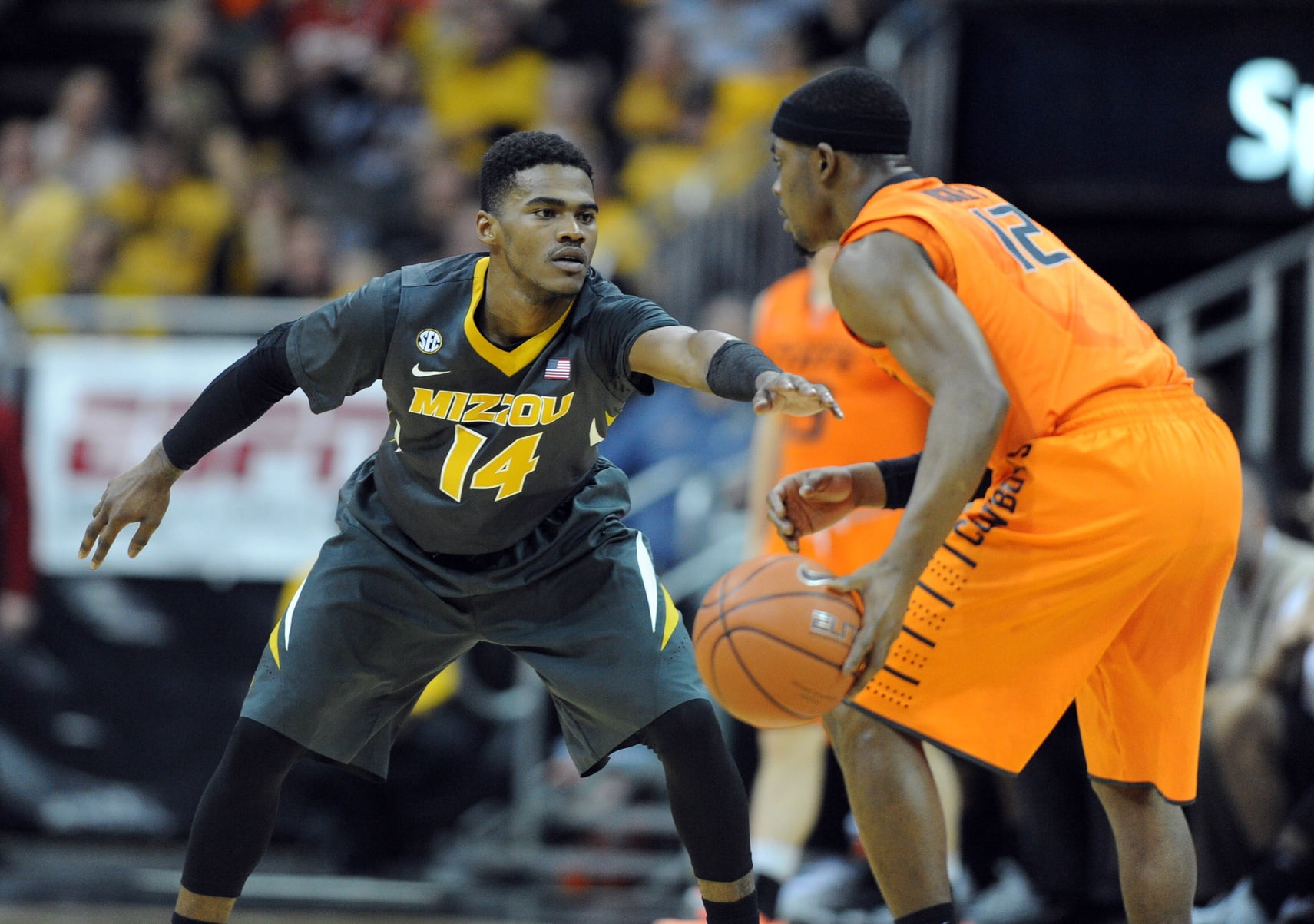 Anthony Hickey had a great game against Missouri. (USATSI)

Christmas is over, Travis Ford, stop trying to extend the holiday season.

Exhibit A: Phil Forte made two free throws with 21 seconds left to go up 61-55 but Missouri guard Johnathan Williams (also a III) hit a three to cut it to two with 13 seconds left.

Exhibit B: After a wild series of events that included a referee looking like he was going to be the next star of Serial after being sniped from the upper deck, Missouri turned the ball over and Christien Sager was fouled with eight seconds left.

Exhibit C: Sager made the first free throw to put the Pokes up three so at the very worst OSU just fouls, boxes out on the purposeful miss and takes a bus back to Stillwater.

But of course that didn’t happen even though Travis Ford called a timeout between Sager free throws and isn’t against fouling up three. He missed, no foul and Mizzou hit a game-tying 3-pointer with one second left.

OSU then held on in overtime as Le’Bryan Nash had eight of his 21 and Phil Forte had four of his 21 and contributed the game-sealing steal(sort of) with 11 seconds left in OT.

Nash hit both free throws, OSU fouled (!!) and then survived a made first FT from Mizzou plus purposeful miss, offensive rebound and near-made layup as the horn sounded.

The second-half comeback from being down 31-24 at halftime was actually pretty impressive if you ignore the last minute.

OSU pressured, got another terrific performance from Anthony Hickey (14 points, 8 boards) and relied on its closers (Nash and Forte) to score not just all the OT points but 19 of the last 21 overall.

It wasn’t a good win but it would have been a bad loss which, I think, makes it something other than a bad win. <— Travis Ford logic

OSU finishes the non-conference season 10-2 which, all things considered, isn’t all that terrible. If it can go 9-9 or 8-10 in conference play (a stretch, I know) then it should make the NCAA Tournament.

• Jeff Newberry starting didn’t provide the spark Ford was looking for. He combined with the bench to score 10 points.

• Good teams are going to shut down Forte and as we saw in the first half if Forte is shut down then, for some reason, this offense is toast. It’s basketball’s version of Gundy not being able to run the ball. Nothing else happens.

• Worse at defense: Nash on the perimeter or Ramon Richards in the first half of the season? How can average Missouri guards blow by our guys like they have the first step of John Wall?

• OSU set up a nice little half-court press in the second half — that will work against below average teams like Mizzou. Not sure about OU and Texas.

• The freshman in Nash is still very strong. He had five turnovers, pouted for most of the first half and had what appeared to be a 44-year old Serbian national player on him during the start of the second half who he refused to take advantage of. I’m not sure what got him going late but I’m glad something did.

• OSU is worse than its record. Missouri is probably better.

• BECAUSE HE’S A STOPPER!

WHY IS SAGER PLAYING POST DEFENSE IN A CLOSE GAME??? #okstate

• Will Kentucky beat Missouri by double or triple digits?

• If you could bottle OSU’s bench reaction when Forte hits a three and deliver it in pills or liquid form then we could end depression globally.

• Our string of rebounding PGs from Mo Baker to John Lucas to Byron Eaton to Smart to now Hickey is pretty legit.

@pistolsguy Early mailbag question – does Cobbins like to go to his left?

• Speaking of Cobbins — he looked like me at a Bed, Bath & Beyond when trying to play defense on the perimeter. Just zero clues. Probably not his fault.

So there are zero scenarios that work for OSU up 3. Good to know.

• Nash is the GOAT of the turnover and immediate foul stat.

• OSU started 2/12 from three. It made five of its last eight. Strangely Mizzou also made 7/20 from beyond the arc.

• Regarding the out-of-bounds call at the end of regulation when the ref got sniped:

You can't review a call you haven't made. But getting call right most important.

• Here are the festivities, by the way…

• Mitchell Solomon looks like Bambi on offense. I appreciate his effort but those hands and feet need some work.

• Missouri is No. 175 in KenPom’s rankings and he had OSU with an 83 percent chance to win the game. So let’s not pop any champagne.

• How pretty is Forte’s transition 3 game?

Next game: Saturday at 11 AM against Kansas State in Stillwater