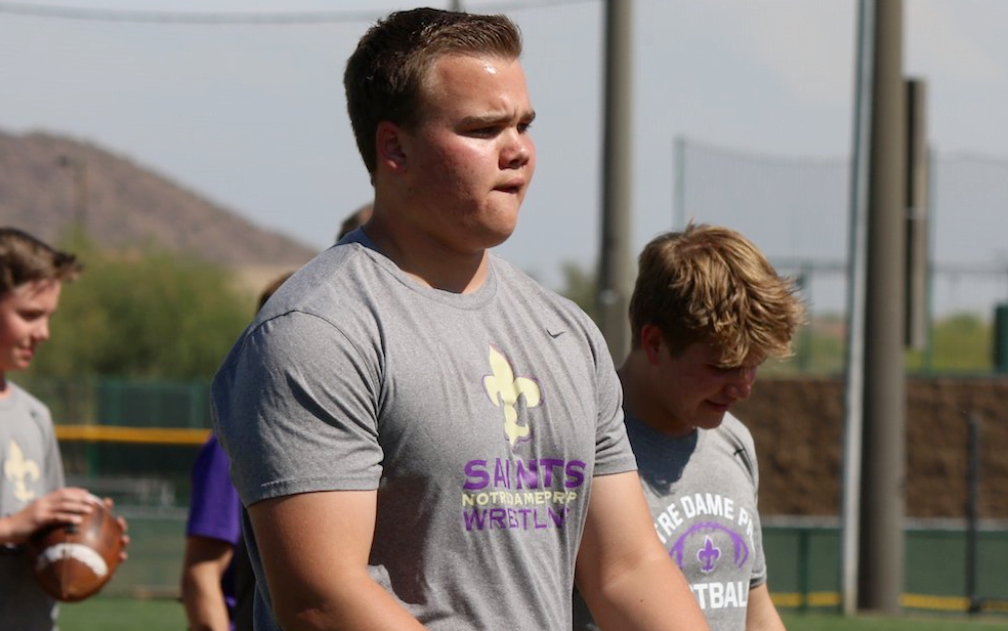 Oklahoma State has two commitments in the 2020 class from offensive linemen, but the coaching staff doesn’t appear finished yet.

New offensive line coach Charlie Dickey has been steadily pursuing three-star offensive lineman Cade Bennett since OSU offered earlier this spring, and Dickey will get a chance to potentially close the deal when he makes an upcoming visit. According to 247Sports, that visit — which will be on an official basis — comes this weekend. It’s his first official visit on what is likely to be a round of them.

OSU is battling Arizona, Arizona State, Vanderbilt, Purdue, Army, Kansas and a slew of other high-major programs for Bennett’s signature. The Scottsdale, Ariz. native will have his pick of the litter when he decides to commit, but OSU appears to be in good position.

“We love all the coaches there, especially the OL coach (Charlie Dickey),” Bennett’s father Dave told 247Sports. “We are also working on (setting visits with) Vanderbilt and Purdue.”

Bennett and his 6-foot-5, 295-pound frame project as an offensive tackle, which would complement well the two offensive guards who are committed to OSU in the cycle. As 247Sports scout Blair Angulo says, he’s a mean blocker who brings versatility to wherever he ultimately chooses to go.

The 6-foot-5, 295-pound prospect is a powerful blocker with good athleticism, range and a nasty streak that pops out on tape. He’s got some positional versatility with the potential to fit anywhere along the line and he’s a balanced player, both in pass protection and as a presence in the run game. Bennett shows a strong punch, the ability to get to the second level and is nimble enough to pull and set an edge when he gets to the outside.

Four-star offensive guard Eli Russ and three-star offensive guard Trent Pullen represent two of the eight commitments for OSU in the 2020 cycle and with Johnny Wilson and Marcus Keyes set to graduate after this season — and with Larry Joubert moving to Cowboy Back — OSU is likely to take at least one more commitment from an offensive linemen in the current cycle.