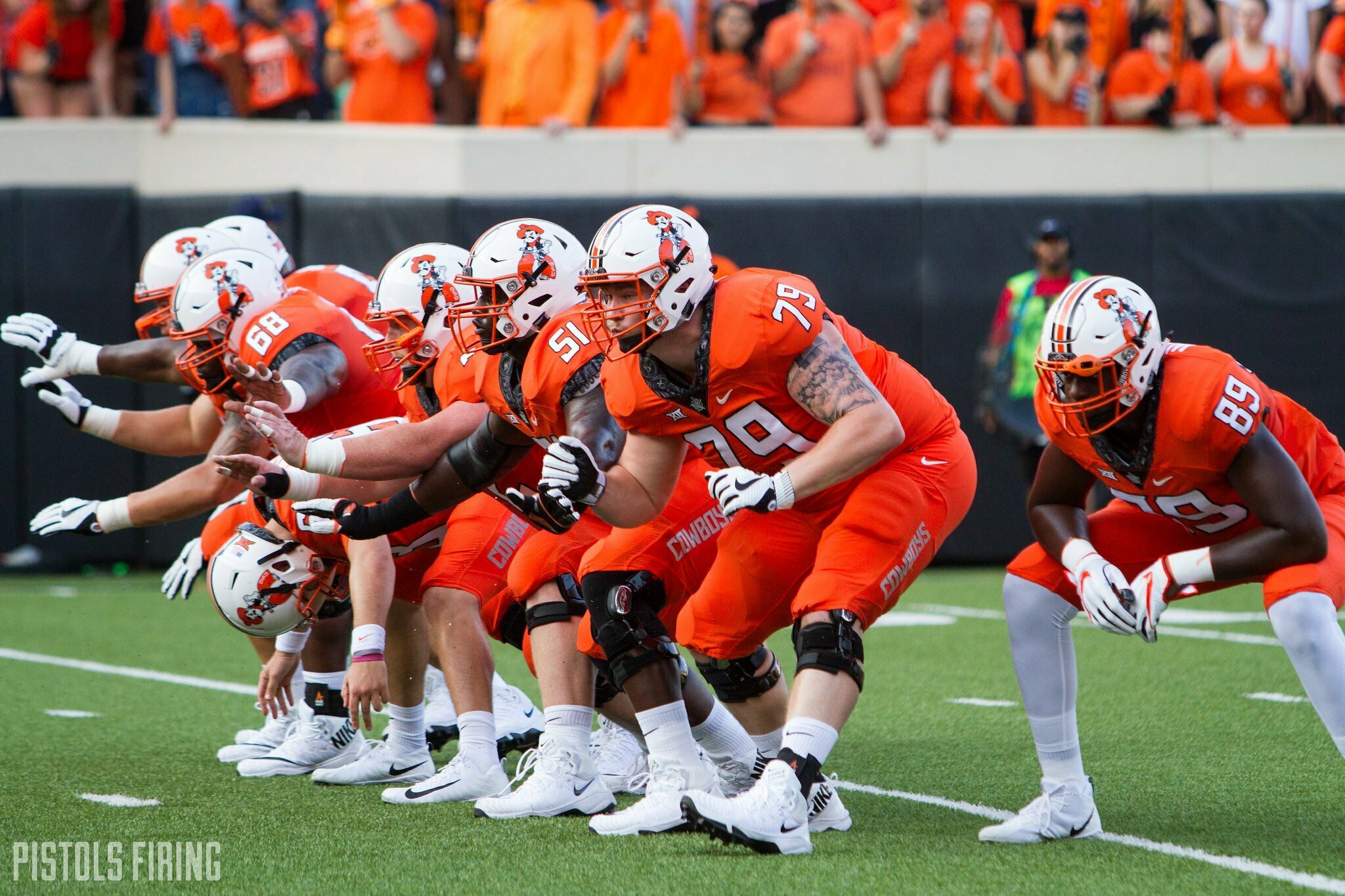 When Oklahoma State released it’s spring roster back in February, there weren’t too many surprises outside of a few guys changing their numbers. However, there was one unexpected position move. Former offensive lineman Larry Joubert was now listed as a Cowboy Back, OSU’s hybrid fullback/tight end position.

So, why did Joubert and the Cowboy coaching staff agree on this move?

Heading into 2019, OSU is losing Cowboy Backs Britton Abbott and Sione Finefeuiaki. Neither player contributed much as a receiver, but both guys played key roles in the Cowboy offense as blockers. Now the Pokes return talented pass-catching CWs Jelani Woods and Logan Carter, along with adding a talented high school recruit in Grayson Boomer, but the losses of the skilled blockers mentioned above are significant.

That’s where Joubert comes in. At 6-4, 285 pounds, Joubert is the only Cowboy Back outside of Woods who surpasses the 245-pound mark on this Oklahoma State roster. Last season the Pokes had Finefeuiaki at 252 pounds and Abbott at 245, and each did a great job of using their size to open up holes in the running game.

New Oklahoma State offensive coordinator Sean Gleeson likes to have some size at his h-back and tight end positions, as he showed during his tenure as OC at Princeton. Players like tight end Graham Adomitis at 6-4, 205 pounds and fullback Cody Smith at 6-0, 260 pounds, were used frequently as blockers in the running game. In the clip below you see Smith with the kick-out block as the Tigers run “Power“.

In the next video Adomitis is lined up as a tight end on the line of scrimmage blocking on a pin-and-pull running play, something I can see Gleeson having success with at OSU.

Here’s Adomitis again in the following clip, this time lined up as an H-back and lead blocking through the hole on this counter play.

If you watch any of Princeton’s film from Gleeson’s time there, you will see the 250+ fullback/tight ends involved very often in the Tigers rushing attack. Don’t get me wrong, he likes to use his tight ends in the passing game as well, but players with Joubert’s size and skill are key components of his offensive system.

I think Joubert is athletic enough and talented enough to fill this need for the Cowboy offense. Mike Gundy also seems to think Joubert could play a role for Oklahoma State this upcoming season.

“He’s learning. We need him to be able to secure an edge for us and should have some offensive line carry-over. That gives us a little more flexibility running the football, which should help us throwing the ball down the field. Hopefully his transition will be smooth. Once he gets accustomed to the sets and the formations, it should be smoother than the other guys, because he’s had the experience in blocking.” [NewsOK]

This isn’t the first time the Pokes have moved an offensive lineman to Cowboy Back, as they previously did it with Zac Veatch, and that worked out pretty well for the OSU offense. I hope Joubert’s transition goes well and he’s able to contribute his redshirt senior season after never really finding a steady fit on the OSU offenses of years past.