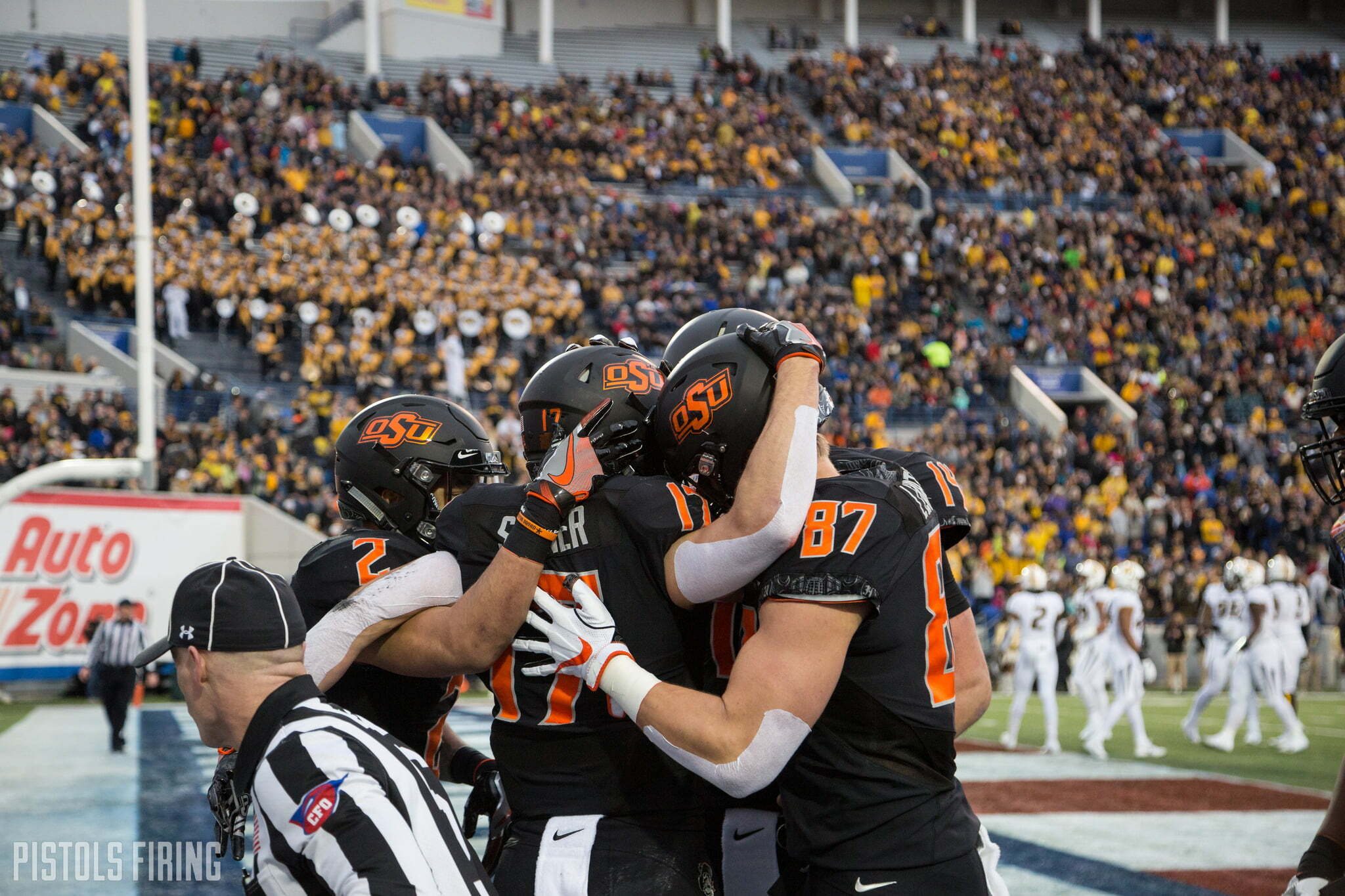 Oklahoma State has updated its spring football roster to account for the recent transfer losses and midseason additions. Along with some intriguing position switcharoos, there are some players doing musical chairs with numbers and at least one wait, he’s coming back?! candidate.

I’m here to make light of those switcharoos and other developments, since Cox already has you covered with the numbers bit.

Did OSU *really* move a former offensive lineman to play the hybrid tight end/fullback position it affectionately refers to as Cowboy back?

The mover here is former NEO A&M signee Larry Joubert, who joined OSU as part of the 2017 recruiting class. A former offensive guard who committed to the Pokes over New Mexico and Texas State, he made the change following the season after playing sparingly in just six games in 2018 on offense and special teams. Since he redshirted in 2017, he’s prepping for his first and only season at Cowboy back as a redshirt senior. He flipped jersey numbers, too, going from 74 to 47.

Nothing wild. In fact, nothing substantive is changing here. But, OSU’s new signal-caller, early enrollee Brendan Costello, has officially been assigned a numbah: 9. 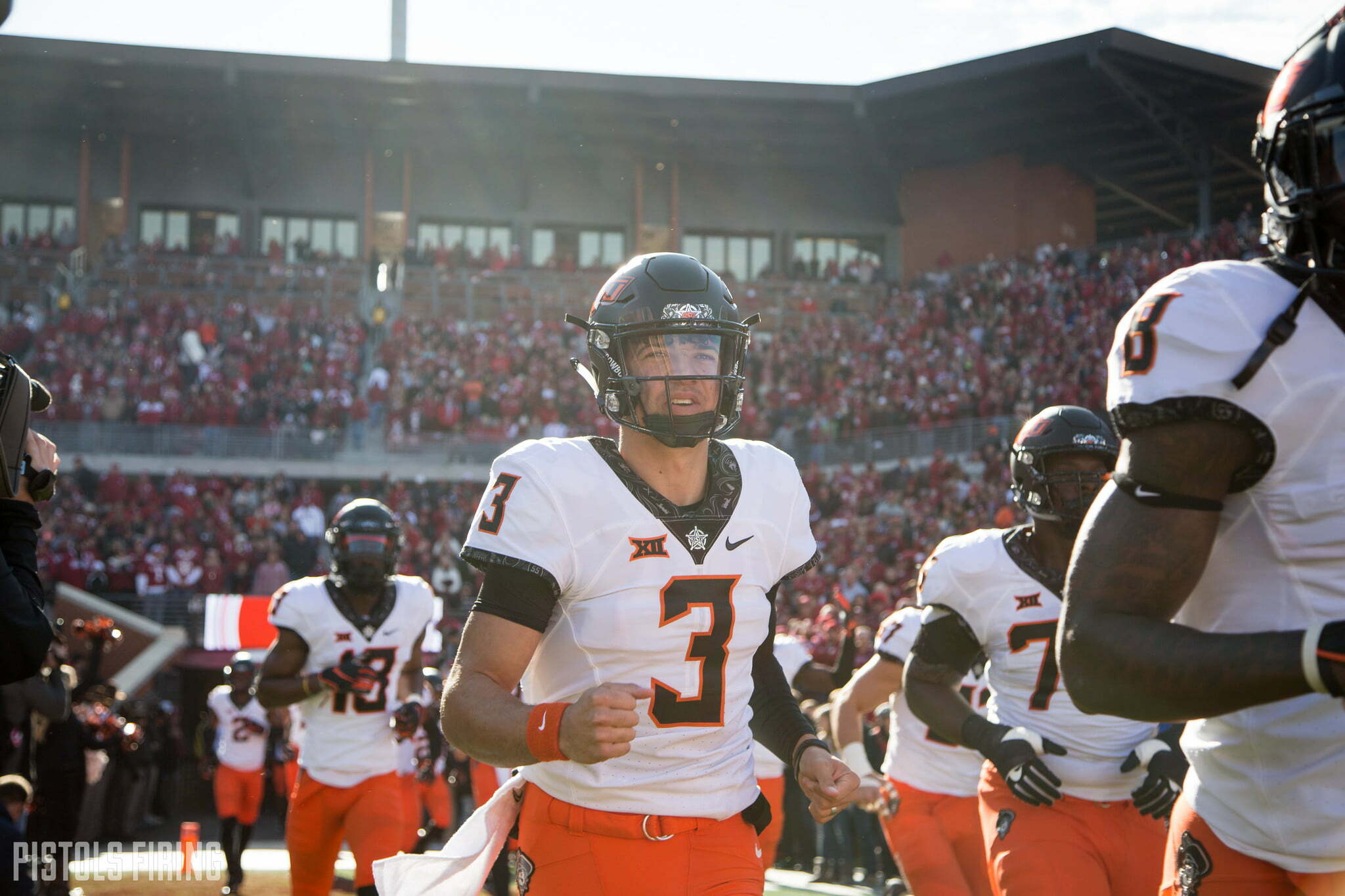 Sanders will again wear No. 3 in 2019, which he donned proudly from the sidelines last season, and Dru Brown will wear No. 6 again.

Not a new change — the Tulsa World reported this news back in December — but still news that is officially offish: Tanner McCalister is moving from corner to safety. McCalister played in 12 games as a true freshman last season, primarily on special teams but also at corner. He was the seventh-highest ranked recruit for OSU in the 2018 class.

Speaking of moving to safety, walk-on running back Miguel Fulgencio has joined McCalister in moving to the back end of OSU’s defense. Fulgencio is former Wyoming pledge who chose to walk-on at OSU, in part because of a knee injury that hurt his Division I prospects.

After redshirting last season, former Sachse, Texas product Tyler Lacy, who signed with OSU as a defensive end, was rumored as a potential defensive tackle candidate. He was originally listed at 240, but is now up to 265.

But according to OSU’s roster, he remains listed as a DE — for now. He’ll be a candidate to watch emerge as a potential starter in 2019 whether it’s on the interior or exterior of OSU’s defensive front.

Remember this cat? He was pretty good with the No. 1, right? 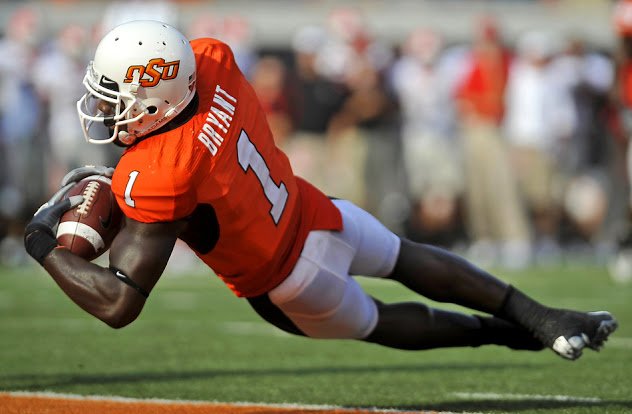 Landon Wolf is following in his footsteps. The latest update shows he’s moving from No. 88 to No. 1, taking Jalen McCleskey’s old number.

Justice Hill’s old number hasn’t been taken (yet) by a player on offense. Since Deondrick Glass wore No. 30 at Katy (taken by Chuba Hubbard) and also No. 2 (taken by Tylan Wallace), might we see him taking Hill’s old jersey number? It seems possible, though we won’t know for certain until he officially gets to campus this summer.