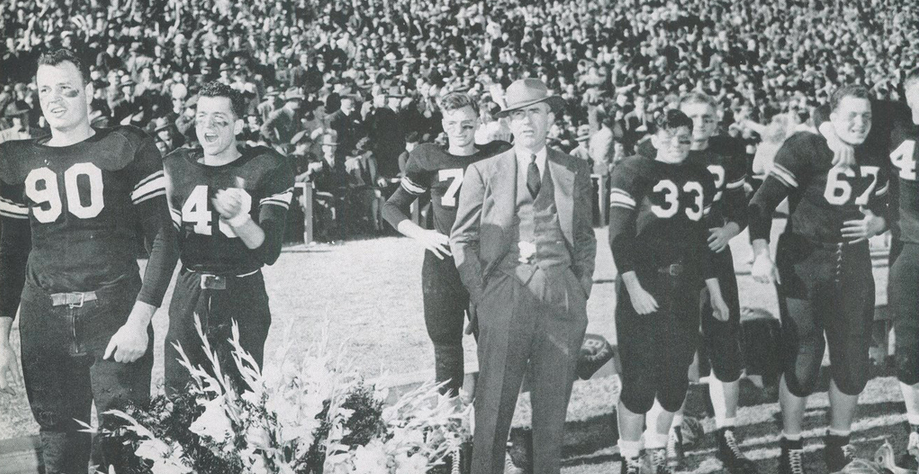 The Oklahoma State Cowboys can now boast a national championship in football.

The American Football Coaches Association recently announced that OSU has been retroactively named as football national champions for the 1945 season.

“After gathering all the pertinent information and doing our due diligence, it is the pleasure of our panel of coaches to officially recognize Oklahoma State’s 1945 championship season with the AFCA Coaches’ Trophy,” said AFCA executive director Todd Berry.

The 1945 Aggies went 9-0 under head coach Jim Lookabaugh and finished the season with a 33-13 win over St. Mary’s in the Sugar Bowl. Bob Fenimore led the nation in both rushing and total offense and also ranked top 15 in the nation in rushing yards, passing yards, scoring and punting. The Aggies also featured All-American Neill Armstrong and All-Missouri Valley Conference player J.C. Colhouer.

With this announcement, OSU becomes the first school to earn a national championship in both football and men’s basketball in the same academic year. According to OSU Athletics, the school now has 56 national championships, which keeps them at first in the Big 12 and fourth among all Division I schools.