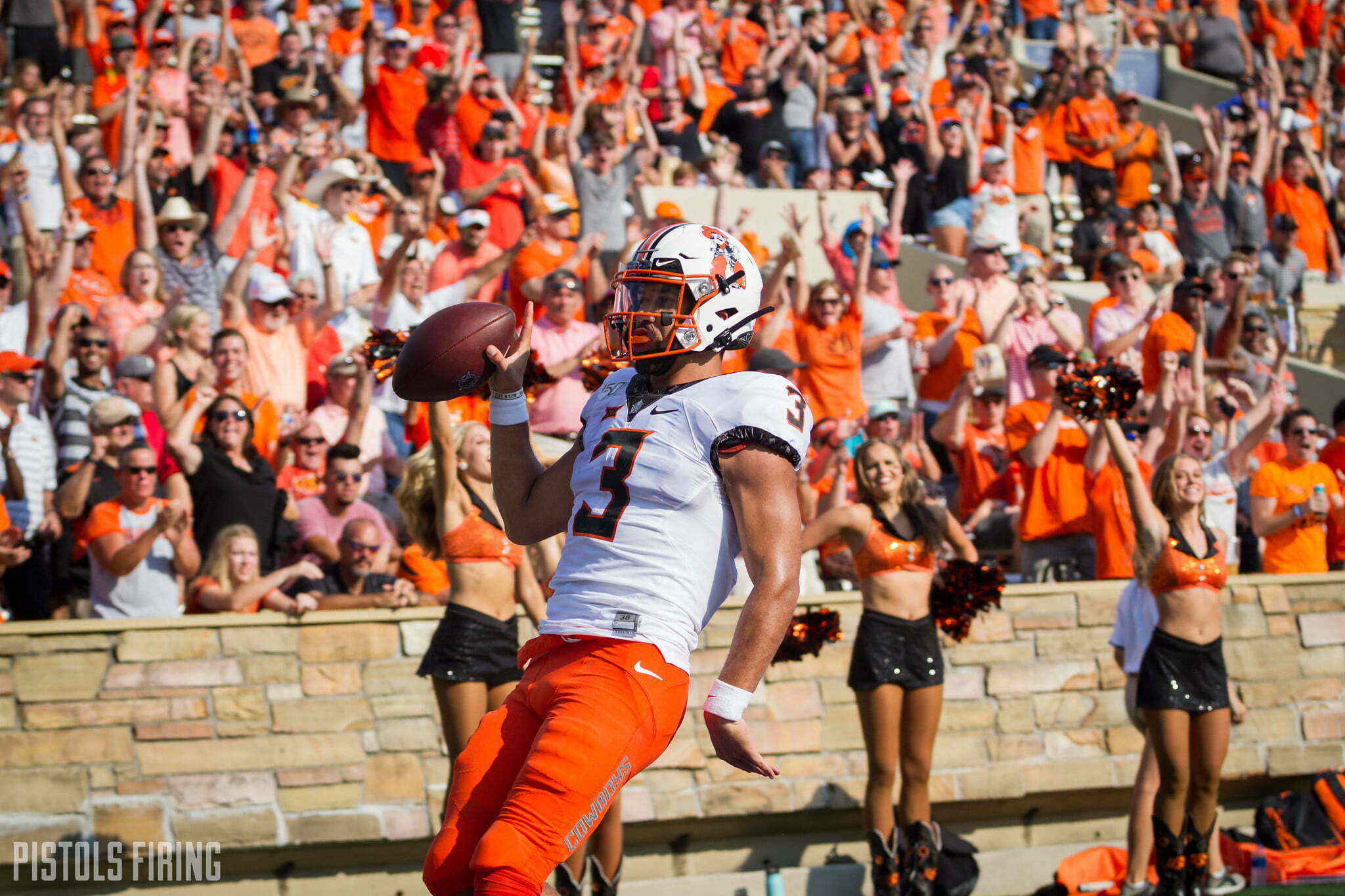 The Cowboys’ Spring Game is a little over a week away, so it is time to start previewing the Cowboys position by position, starting with the most recognizable position in American sports: quarterback.

Throughout the coming days, we’ll preview Oklahoma State’s position groups, providing some storylines for those who can make it out to Boone Pickens Stadium for the Spring Game on April 24. Here are the need-to-knows on the Cowboys’ QBs.

Spencer Sanders’ leap from one year to the next was also a major storyline for OSU’s quarterbacks (and team as a whole) last season.

His turnovers are undoubtedly an issue for the Pokes, as he has thrown 19 interceptions in the past two seasons, but it will be interesting to see how much having a full spring, summer and fall camp will help him, as that was something he missed after starting his redshirt freshman season.

The Cowboys’ offense has a lot of excitement around it, but it has a lot of unproven talent with LD Brown being a featured back for the first time, Brennan Presley and Tay Martin stepping in as go-to receivers and a young group of linemen who got some experience last season.

A lot of how this goes will rely on what improvements Sanders can make in his fourth year on campus.

Keep an Eye On: Shane Illingworth

Illingworth appeared in four games in his true freshman season to mixed results, as should be expected for a freshman QB who didn’t get a full spring, summer or fall camp.

There were highs. He came in late and saved the Cowboys from an 0-1 start against Tulsa, going 4-for-5 for 79 yards. Or when he slammed the Jayhawks in Lawrence, going 17-for-23 for 265 yards and three touchdowns.

But there were also lows. He went 5-for-21 in Norman against OU.

Illingworth is the obvious heir apparent to Sanders, so his development in springs like this one can be a big deal for the future of the program.

Sanders’ do-it-all style has also gotten him injured the past two seasons to where he had to miss games, so it’s important for the Cowboys that Illingworth be as ready as possible.