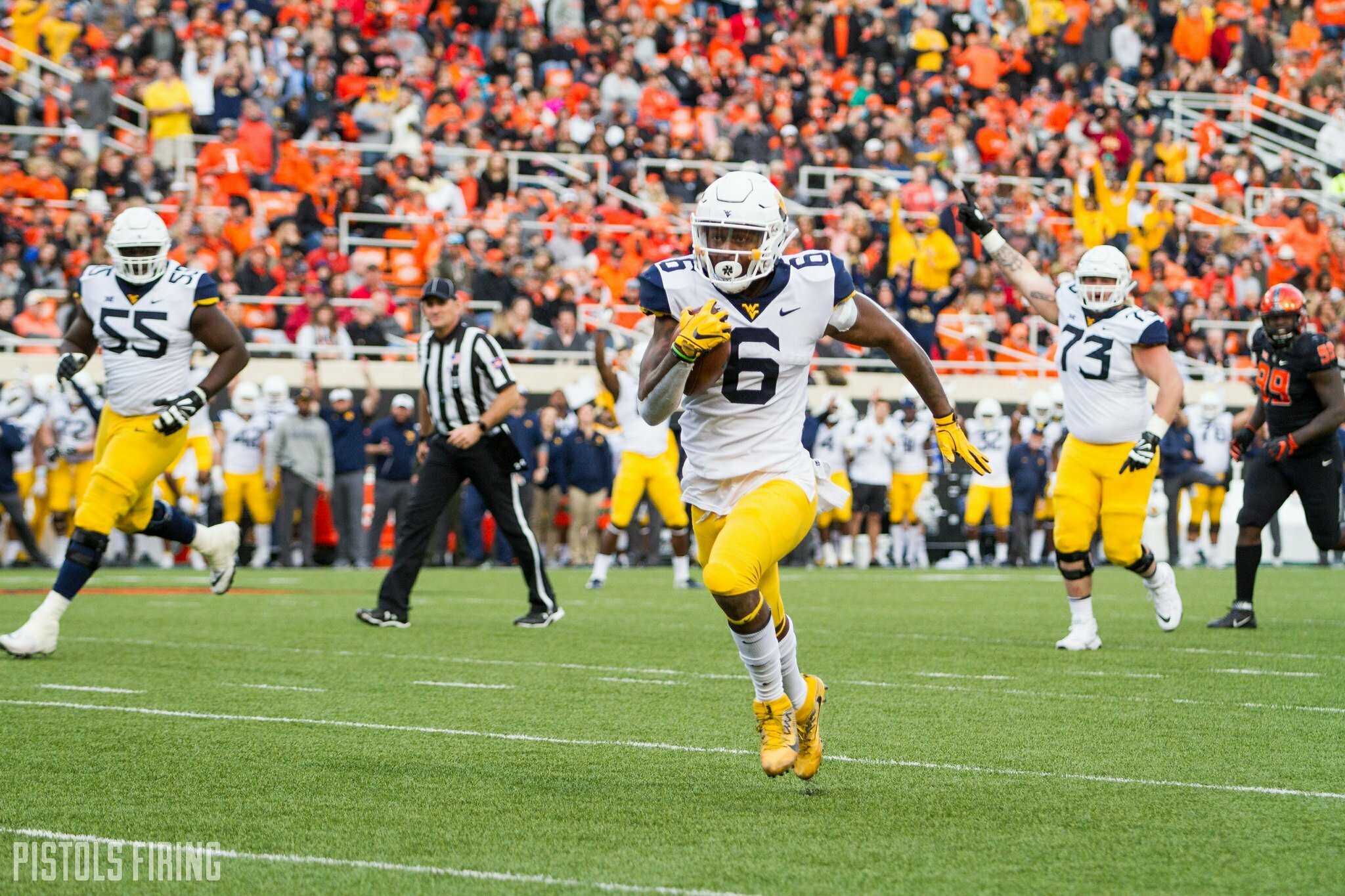 Over the past two days, it giveth. After adding Arkansas defensive lineman Collin Clay on Monday, OSU has added West Virginia offensive guard Josh Sills — who is 6’6, 325 lbs. — on Tuesday.

Sills was a three-star prospect (very on brand for OSU) coming out of high school in Byesville, Ohio before heading to WVU. He started 10 games as a redshirt freshman for Dana Holgersen and 12 more as a redshirt sophomore.

Then, after grabbing second-team All-Big 12 honors in 2018 after that redshirt sophomore season, he only played two games as a redshirt junior in 2019 when a shoulder injury ended his year in September.

“He will miss the remainder of the year. I hate it for him, but it was necessary for him and his recovery,” said Brown of the surgery. He described Sills’ injury as a “normal football injury” but did not disclose the nature or location of the injury. Brown said this “injury is something that’s been lingering,” and noted it was not related to the injury that kept Sills out of the N.C. State game. [Smoking Musket]

Sills — who will be a redshirt senior next year — is eligible to play immediately in 2020 as a graduate transfer and could be a candidate for an extra year beyond that because of a medical redshirt based on missing 10 games on account of shoulder surgery (he noted that he will be playing two years in his tweet below). He will try and help alleviate the losses of senior linemen Marcus Keyes and Johnny Wilson, who combined for 84 starts in their careers.

OSU has recruited well to the position over the past few years though, and the 6-6 Sills should fit nicely into a group that returns Teven Jenkins, Dylan Galloway, Ry Schneider and Bryce Bray. Throw in promising newcomers like Jacob Farrell (6-6, 308), Hunter Woodard (6-5, 295) and Huner Anthony (6-7, 330), and there’s reason to be excited about the future of OSU’s offensive line.

Couldn’t be anymore excited to complete my Masters in Agriculture while playing my last two years in Stillwater for Coach @CoachGundy pic.twitter.com/8e1G3kylth

It should be noted that there are now two mullets in Stillwater, USA. One from the head ball coach and one from his newest offensive lineman. I believe him when he says Gundy puts more work into his than Sills does into his.

West Virginia's Josh Sills says Mike Gundy looks like he puts too much effort into his mullet. "I just put a hat on in the morning and I'm ready to go." pic.twitter.com/QkLvZgtm1S

my main reaction to josh sills grad transferring to oklahoma state is west virginia doesn't offer a masters of agriculture?