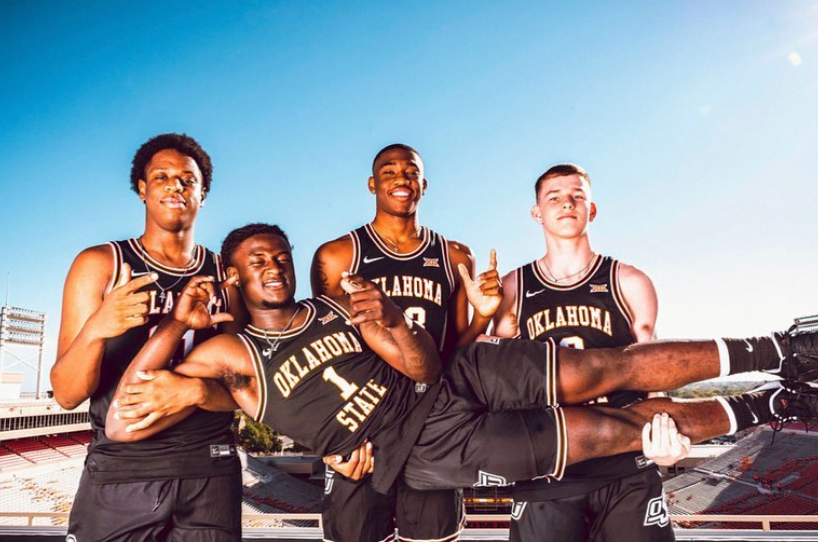 A quartet of high school basketball prospects made it official with Oklahoma State on Wednesday.

Oklahoma State announced the signings of Brandon Garrison, Jamyron Keller, Justin McBride and Connor Dow here on the fist day of the early signing period. That group of four ranks 12th nationally in 247Sports’ team rankings, which is good for third in the Big 12. ESPN has OSU’s class at No. 15 while Rivals has it at No. 16.

Here is a breakdown of each prospect.

Boynton on Garrison: “Brandon is the state’s best prospect. He’s very accomplished having already won a state championship and a gold medal as a member is the USA U18 team in summer 2022. Brandon is a great rebounder and maybe the best passing post player in the country. His impact will be a great one from the moment he arrives in Stillwater. Brandon has been developed by a host of great coaches in both high school and AAU.”

Boynton on Keller: “Jamyron is a junk yard dog, blue collar type player. He has a level of toughness that has almost always translated to success in Stillwater. As a lead guard, Jamyron can make plays for himself and for his teammates. An aggressive ball hawking defender, Jamyron’s presence will be felt on both ends of the floor. Jamyron comes from a strong and close-knit family and has great coaches in mentors in basketball all of his life.”

Boynton on McBride: “Justin’s game has really taken off over the past six months. He really has attacked his body and elevated his athletic ability as a versatile forward. Justin can really handle the ball, pass, and shoot very effectively. We are excited about his ability to be a three-level scorer and playmaker for us. His family has had a great impact on him having a high-level work ethic. I can’t wait to work with Justin.”

Boynton on Dow: “At 6-foot-6 and with a burning desire to improve, Connor is the consummate gym rat. He shoots the best exceptionally well and really has a great feel for the game. He has been coached very well throughout his life thus far. I look forward to coaching Connor and we are excited to welcome him and his family into the Cowboy program.”