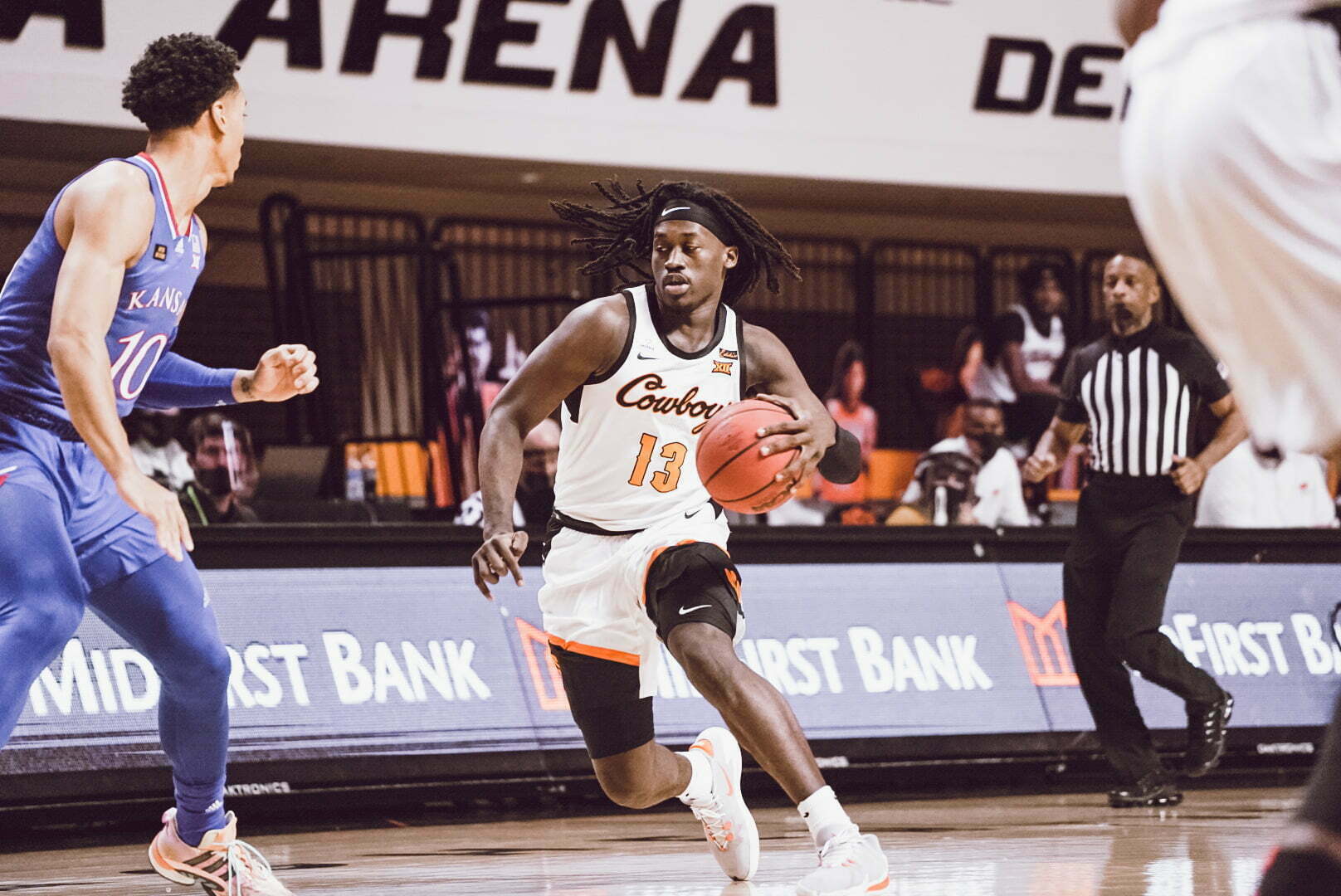 As if more evidence was needed, Isaac Likekele is a genetic unicorn.

Oklahoma State held its annual Cowboy Combine last week. It is an exact replica of what NBA prospects go through at the NBA Combine, measuring player dimensions, strength, agility, speed and vertical jump. Likekele, a entering his senior season, stood out in just about every category.

He measured at 6-foot-5. His hands were 11 inches from pinky to thumb, the largest on the team. He has a 7-foot wingspan, the largest among OSU’s guards. His 41-inch vertical leap also led all of Mike Boynton’s players.

Bryce Williams also had some standout numbers at the event. At 6-2, Williams tied for second in the vertical, leaping 40 inches. He was the Cowboys’ fastest player in the three-quarter court sprint, getting from point A to B in 3.05 seconds. Despite his shorter stature, he has the second-biggest hands on the team, measuring 10.5 inches.

A lot has been said about Texas Tech transfer Tyreek Smith’s athleticism since his move to OSU, and the combine showed a little bit why. Smith is 6-foot-7 but has a 7-3 wingspan, tied with Kalib Boone for the longest on the team. Smith’s 10-inch hands tied with Bernard Kouma for third-biggest on the team, and Smith also had a 40-inch vertical.

Donovan Williams and Chris Harris have both been rehabbing knee injuries this offseason, and apparently they’ve been benching a lot. Donovan Williams benched 185 pounds 21 times, the most on the team. Harris was second with 18 reps.

The Cowboy Combine is a cool deal that strength coach Jake Manzelmann puts on. There isn’t much that gets me more hyped for basketball in the offseason than verticals and wingspans.