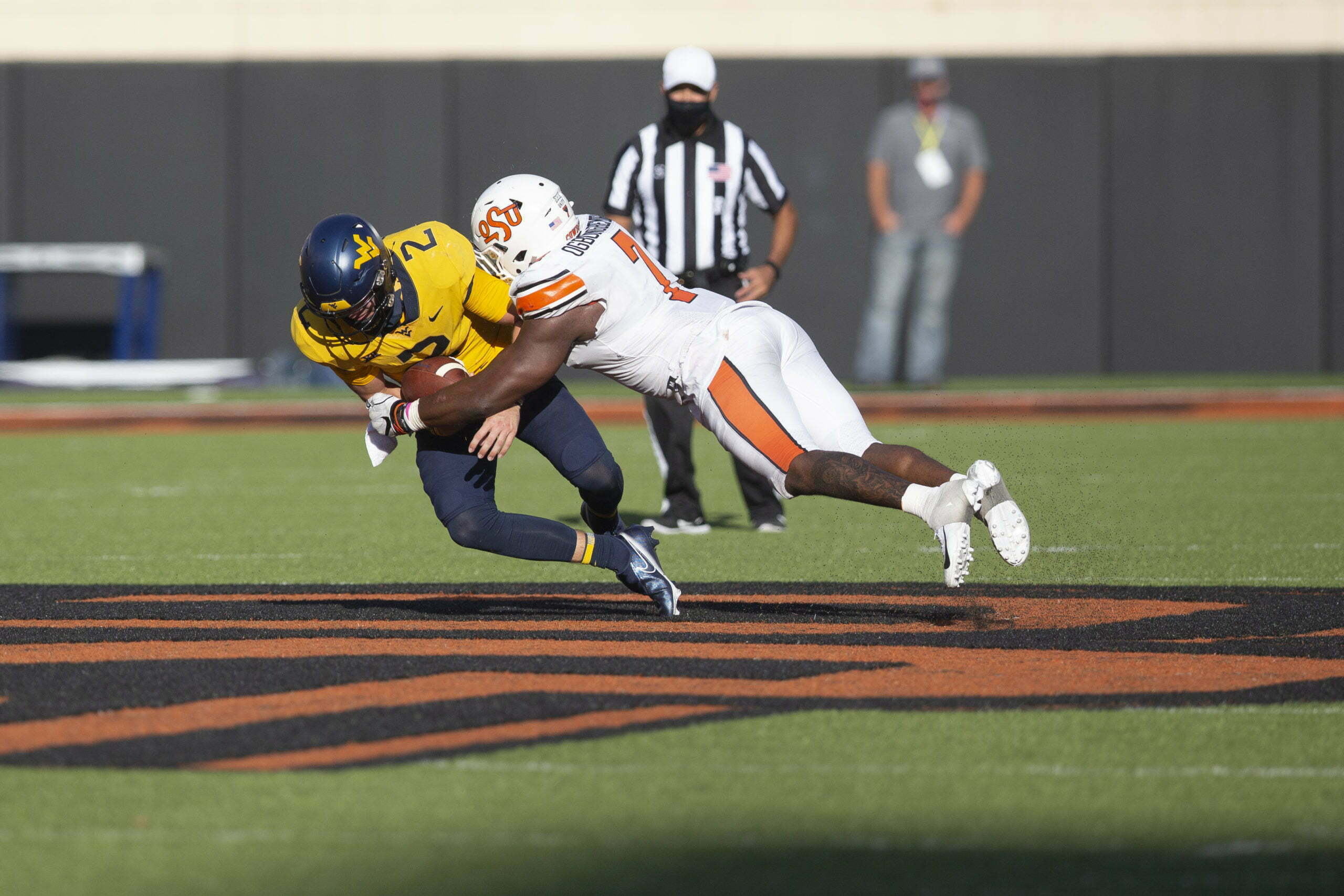 For the first time in the Mike Gundy era Oklahoma State has gone consecutive games without throwing a touchdown pass.

That stat five years ago would likely spell doom for the Cowboys, but the 2020 Pokes are 2-0 with a switch in playstyle that has relied moreso on its defense than the arm of its quarterback.

There are factors playing in as to why OSU isn’t airing the ball out as much. The Cowboys have primarily used a true freshman quarterback the past two games. The Pokes also have a dynamic one-two punch in the backfield with Chuba Hubbard and LD Brown.

But use 2012 as an example, the last time a true freshman quarterback played in the opening two games at OSU. Wes Lunt threw 60 passes in OSU’s Week 2 loss to Arizona that season. That group still had solid running backs in Joseph Randle and Jeremy Smith. Defense uncontrolled variable.

OSU isn’t playing the stereotypical Big 12 style of trying to outscore its opponents and hopefully ending up with the ball last. It’s more a game of field position and using the Cowboys’ defense to win games, a style synonymous in the SEC and Big Ten.

“It’s different,” OSU coach Mike Gundy said. “For me, my job is to game-manage. If a defense is playing good, on fourth-and-short, you punt. If your defense is struggling and you don’t have a lot of confidence in their ability to stop them, you go for a lot of fourth downs. There’s been several fourth downs that we would have gone for in the past here, but right now we’re just punting and playing defense.”

It’s not the high-octane stuff followers of OSU have grown used to, but it has been effective. OSU’s defense has allowed its first two opponents a combined 20 points. It’s the fewest through two games an OSU D has allowed since 2006 (and those opponents were Missouri State and Arkansas State).

Mike Gundy said it is different for him, and it also has to be quite different for new offensive coordinator Kasey Dunn. Dunn has been on OSU’s staff since 2011 before transitioning to OC this season. From 2011 through 2019, OSU averaged 39.5 points a game (4,616 total points). Through only two games this year, OSU has averaged 21.5 points a game.

“The nice thing for us is we have a really good defense,” Dunn said. “What you don’t want to do is screw that up and turn one over create a situation where you are scoring points against yourself. I thought we did that [Saturday against West Virginia]. There were a couple times where the ball was loose and on the ground. We gotta get that cleaned up. Those are really the things that bothered me. It’s not the aggressiveness or anything like that.

“We want to be an aggressive football team, but sometimes the situation doesn’t allow for it or call for it. We got a puppy at quarterback. We’ve got a really, really stout defense right now. It’s one of those games, you grind it out. It feels like you’re playing old-school SEC football.”

It’s a shift in philosophy that, again, includes involves multiple variables. It will be interesting to see whether OSU’s defense can keep this up. Logic would also say that there will be an uptick in offensive production upon Spencer Sanders’ return (which could be this week).

If OSU’s offense can bump up near that average of points scored from 2011 through 2019 (given the offensive weapons OSU has it doesn’t seem farfetched) and OSU’s defense can continue on this warpath, this team could be one that can beat people in more ways than one.

“We’ll pop some with our guys,” Dunn said. “I’m not worried about that. Back-to-back weeks here we really didn’t crease anything in the receiving game and score. We took a shot that first play of the game. I thought we had one going yard right there and just barely missed it. But we’ll keep taking our shots and eventually these playmakers that we have will get an opportunity to get some daylight and get out of there and go score.”