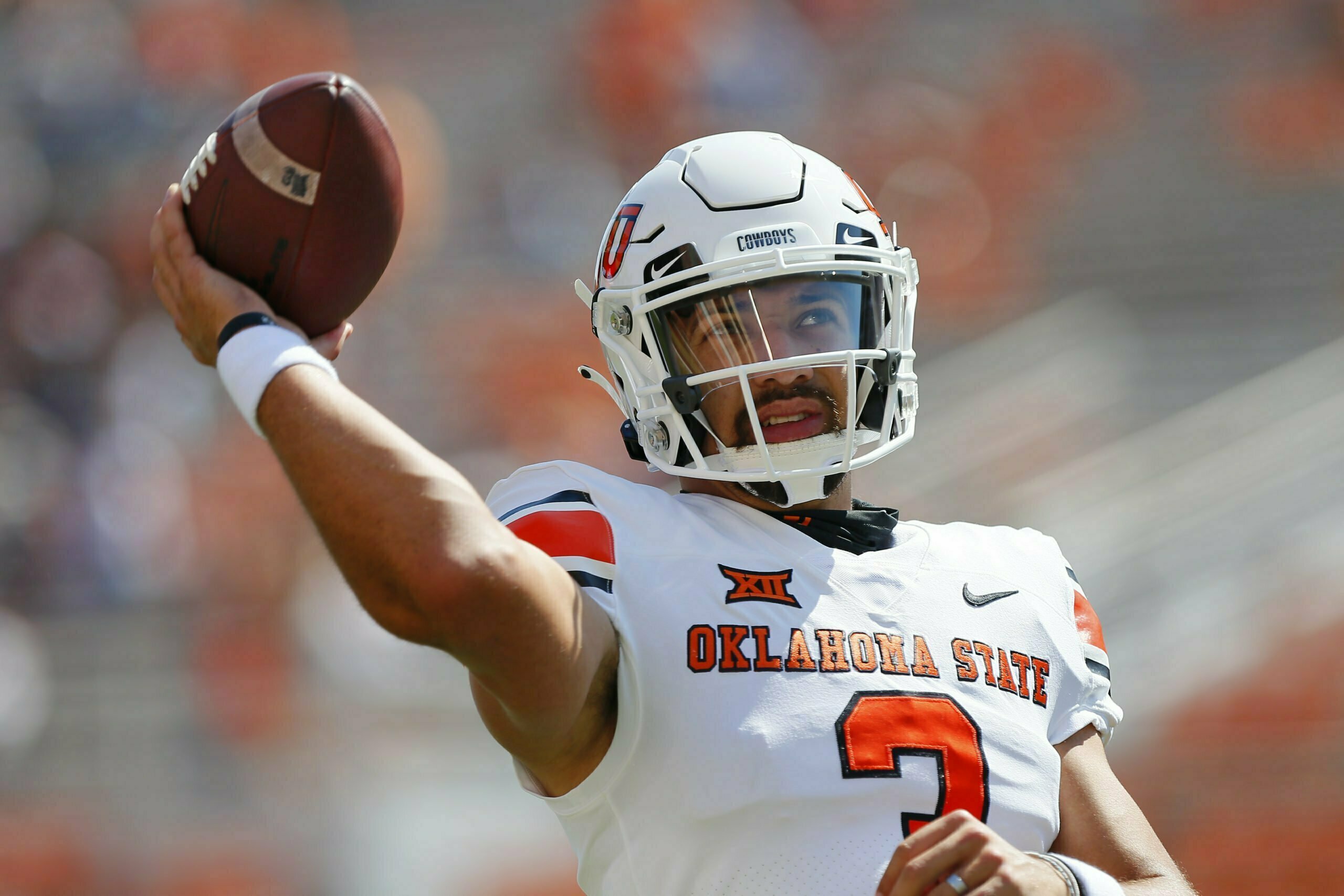 The Cowboys haven’t thrown a touchdown pass this season, but it sounds as if the Pokes could get their starting quarterback back Saturday.

In his weekly media teleconference, Oklahoma State coach Mike Gundy said Spencer Sanders practiced Sunday night. He suffered an ankle injury early in the Tulsa game and warmed up Saturday against West Virginia before freshman Shane Illingworth got the nod.

“Spencer, he’s gonna feel a lot better,” Gundy said. “He practiced last night, and I’m guessing when we go out Tuesday, he’ll be in better condition. The reps were in Shane’s favor last week, and I would say by the middle of the week the reps will be in Spencer’s favor, just based on what we see. But we’ll have to wait and see on Tuesday or Wednesday with Spencer.”

Following Saturday’s victory against West Virginia, Gundy said Sanders could’ve played if needed, but weekly reps are a big deal, particularly when it comes to the Cowboys’ QBs.

“Losing a quarterback in the first game like that, like last week, that kinda derailed us as you can see by our offensive production because we just haven’t gotten the other guys much work based on early in the season. As the season goes on and we’ve had good fortune with quarterbacks staying healthy, those guys will get more work. The twos will get more work during the season, but we haven’t given our backups much work in August preseason camp this year.”

It will be an interesting call whether to go with Illingworth or Sanders. Kansas is a bottomfeeder of the Big 12, and the Pokes have a bye week the following weekend. So, the Pokes could try and steal an extra week to given Sanders time to heal if he isn’t 100 percent.

Unfortunately for the Pokes, it looks as if starting offensive linemen Cole Birmingham and Hunter Anthony will be out for more extensive periods of time. Both left the Tulsa game with lower body injuries and didn’t return.

OSU quarterbacks were sacked six times against the Golden Hurricane with the quick shuffle, but Charlie Dickey seemed to shore things up Saturday, as Illingworth was sacked just once against WVU.

“They won’t be with us this week,” Gundy said. “Those guys will be out a few weeks. They have more extensive ankle, you know that ankle injury that takes, I don’t know, can take four weeks or eight weeks. We can’t ever predict it based on the separation of the ligament and the bone and how high it comes up on the Achilles. Those guys will be out a while.”