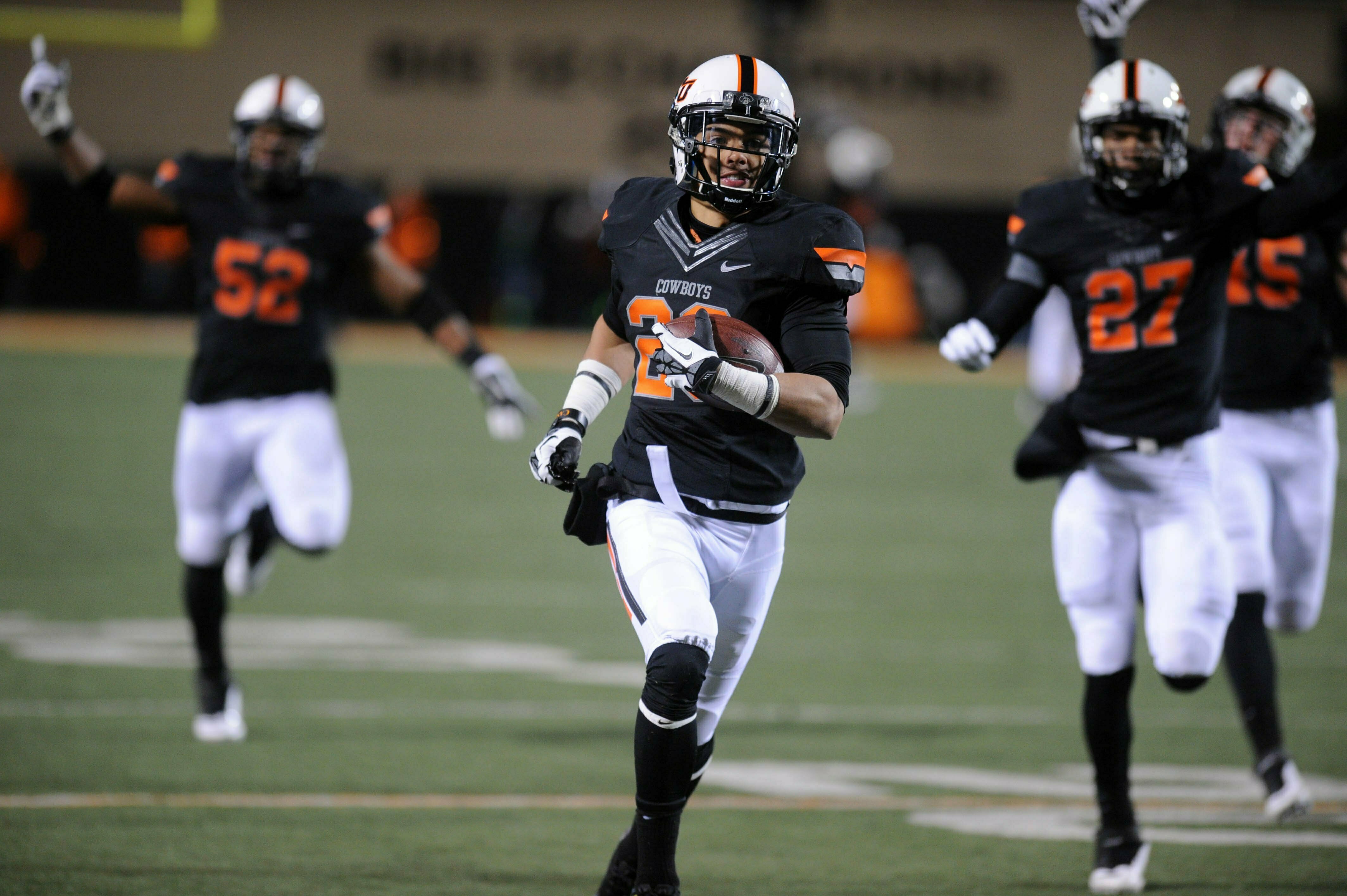 For years Oklahoma State was known as “Running Back U” after churning out players like Thurman Thomas, Barry Sanders, and Walt Garrison. More recently players like Tatum Bell, Kendall Hunter, and Joseph Randle have carried on the tradition.

For a while there it looked like that moniker might need to change to “Wide Receiver U” thanks to players like Rashaun Woods, Dez Bryant, and Justin Blackmon.

Now, despite players like James Washington and Justice Hill on the roster, Cowboy football has entered a new era: “Grad Transfer U.” Oklahoma State has become a place players who have graduated with remaining eligibility and looking for something new turn to each and every year.

It all started in 2013, before graduate transfers had become all the rage, with a cornerback from Kansas named Tyler Patmon.

Patmon came to Oklahoma State after starting 28 games in three years for the Jayhawks. While OSU still had eventual first-round NFL pick Justin Gilbert on the roster, it was looking at replacing their other starter, with a list of options that consisted of inexperienced sophomores. Enter Patmon, who left Kansas because he and head coach Charlie Weis weren’t meshing well.

In his one year with Oklahoma State, the Cowboys went 10-3 and was a loss in Bedlam away from winning the Big 12 and heading to a New Years Six Bowl game. Patmon saw action in 10 games contributing 30 total tackles, seven passes defended, one interception, and one forced fumble.

Patmon’s decision to come to OSU did more than just help on the field, it help begin a trend at OSU. That includes influencing the decision of Josh Furman — a safety from Michigan looking for a new place to play — to choose the Cowboys. 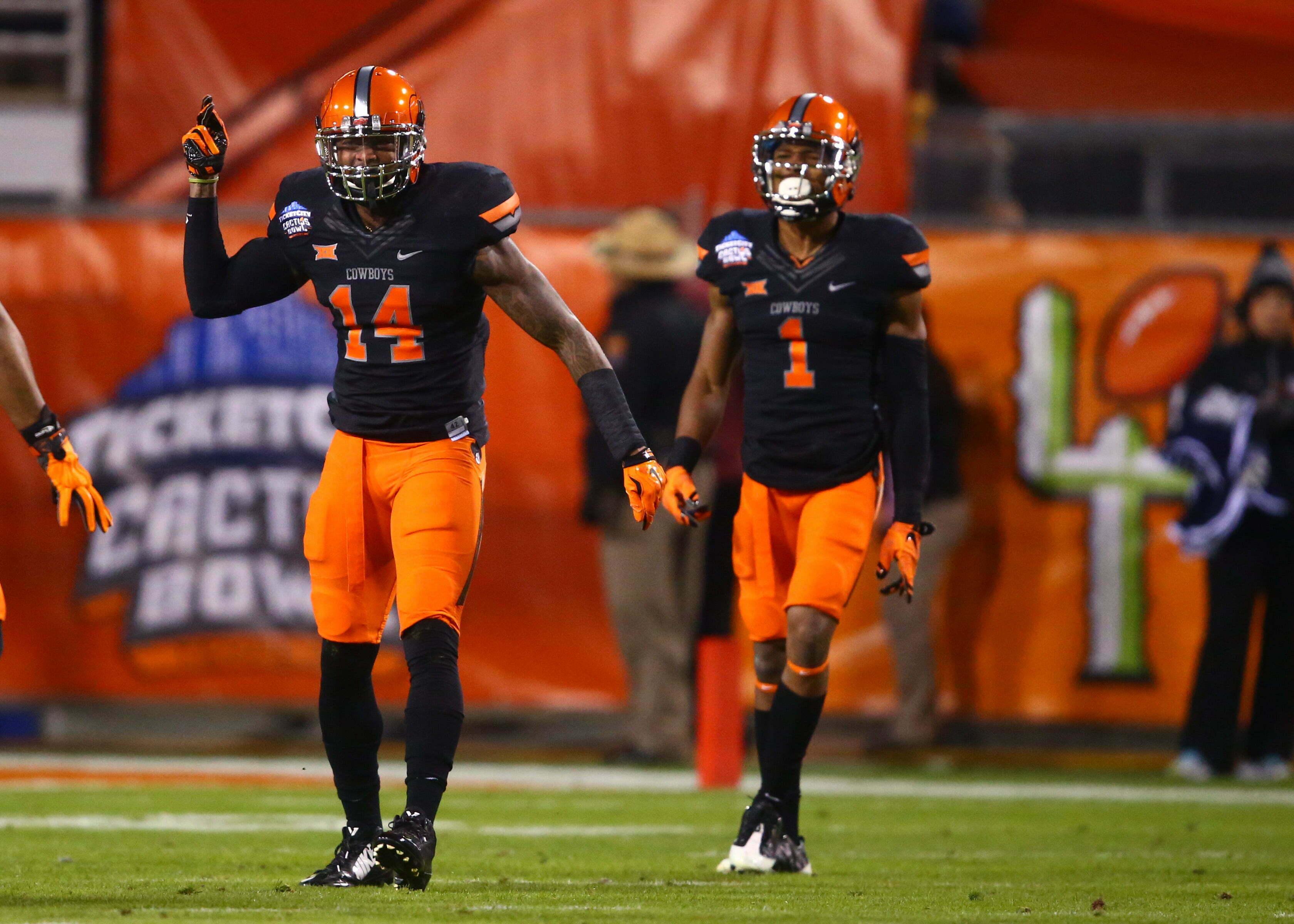 “Well I feel like when I became a grad transfer, it was still relatively new,” says Furman. I didn’t know much about it. When I talked to Glenn Spencer, he mentioned that they had a graduate transfer the year before in Tyler Patmon. I looked him to see how he did. I just thought I’d give it a try.”

It was Furman who filled a glaring hole at star linebacker in 2014, a position he hadn’t played before. It was mutually beneficial as Furman wasn’t seeing the field much for the Wolverines. He turned a 64-tackle, one interception season into being drafted by the Denver Broncos in 2015.

“Being there, learning from Coach Spencer, he taught me how to play the true game at linebacker. You can see everything playing linebacker, and he showed me how to play it. I learned a tremendous amount from Glenn Spencer.”

He was followed by Michael Hunter, who transferred from Indiana in 2015. At Oklahoma State, he played in 10 games including the only bowl game of his career, before being picked up as an undrafted free agent by the New York Giants.

Last season it was cornerback Lenzy Pipkins who came from Louisiana Monroe, and running back Barry Sanders Jr. from Stanford.

These graduates transfer for to a new program for a number of reasons. Some players are looking to for an opportunity to start, others want to play for a team that competes for conference and national titles. Others are looking for a way to increase their draft stock.

Usually it’s a combination of multiple reasons. That was the case for cornerback Lenzy Pipkins who transferred to OSU from Louisiana Monroe for the 2016 season. 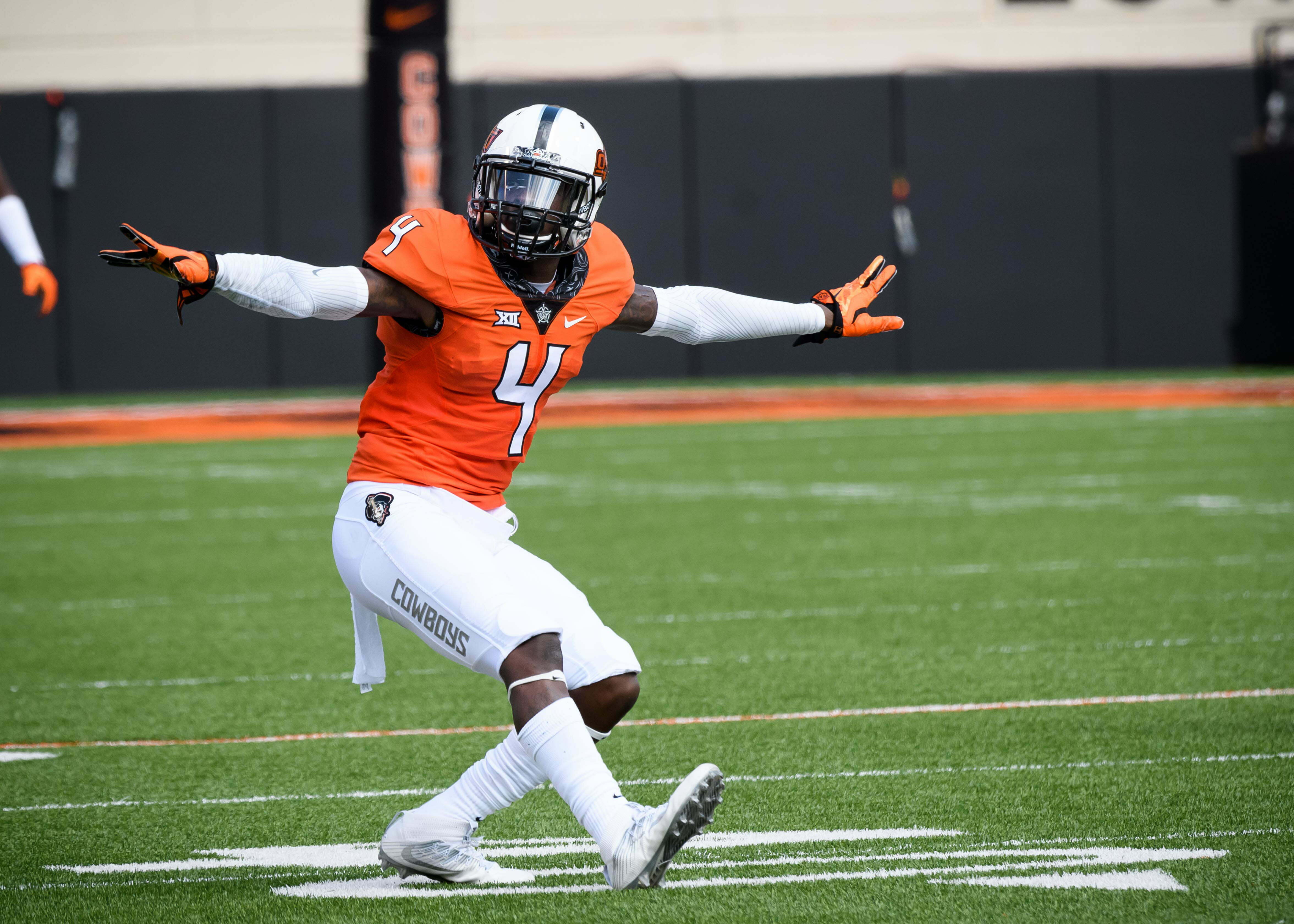 Lenzy Pipkins joined the Cowboys for the 2016 season.

“My head coach got fired with four games left in the year my junior year and I knew the staff wasn’t going to be returning and that played a part,” says Pipkins. “I was going into my senior year, I was coming off another good season, and I wanted that exposure so I could get to the next level and I knew Oklahoma State was known for having a good program, and I could come into right away and make a name for myself in the Big 12.”

According to Furman, Pipkins’ story is the same as many other graduate transfers.

“It’s 2017, now a days a lot of guys who haven’t played much or they want a new opportunity somewhere else, they can get to another school and get the most of out of being there,” says Furman. “There’s always a new line of experience for wherever they go. Whether they go from Houston to Wisconsin, or Cali to the East Coast.”

How the players choose their school varies as well. For Furman, it was talks with Glenn Spencer and a visit to the spring game.

“I wanted to go somewhere down south,” says Furman. “I don’t know, just from talking to him, and when I visited their spring game I just wanted to try something new. Definitely coming from the Big Ten I wanted to play in a different conference, and I think that’s what sold me.”

For Pipkins, it was relationships with other players.

“Michael Hunter and I are really close and he had just got done playing and I saw his success so I was talking with him about it, and he said I should do it,” says Pipkins. “My cousin is Ashton Lampkin, he was talking to me, he tried to persuade me. I went to high school with Zach Crabtree and Chad Whitener and they were trying to persuade me as well. Once I took my visit up there, it was a wrap it was all good from there, smooth sailing.”

The two latest college graduates to bring their games to Stillwater are left tackle Aaron Cochran from Cal and cornerback Adrian Baker from Clemson. Both are likely to start for a Cowboy team not only expected to compete for a Big 12 title, but that some are calling a dark horse playoff contender. 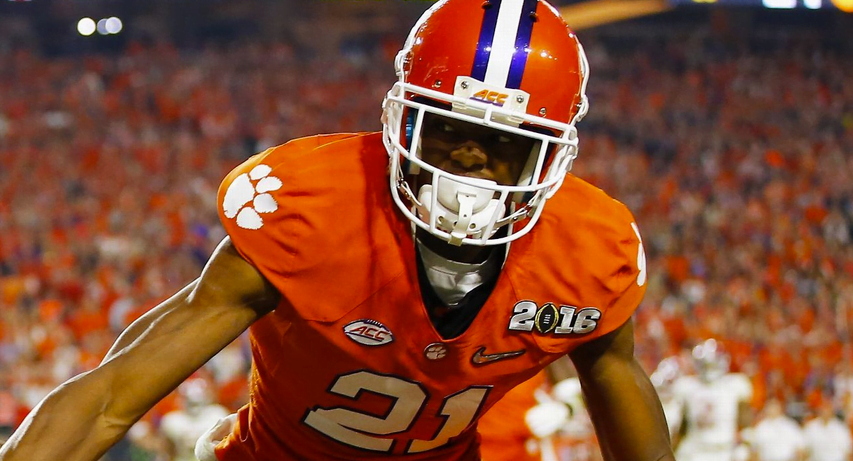 Adrian Baker is a Cowboy.

Cochran is expected to fill the most glaring hole on the offensive line, left tackle. Baker meanwhile, will come in as the most experience cornerback on OSU’s roster, with Ramon Richards’ move to safety.

Oklahoma State has become a landing destination for these kinds of players that makes sense. The Cowboys have been to a bowl game for 11-straight seasons, and as of late, are perennial Big 12 title contenders. For players like Pipkins, who had never played in a bowl game before, that can be huge.

“I came out with a bowl ring,” says Pipkins. “Never had a winning season at ULM besides the year I redshirted they went 8-4. It was different. We went 10-3 last year and that’s a blessing, so I can’t… I got to keep thanking God. I got a bowl ring.”

And according to Mike Gundy, the players have noticed.

“It’s (the process) changed in the last couple of years,” said Gundy. “These young men are doing a lot of research on their own and contacting us. They’re savvy enough to contact a player on our team and have them get in contact with a coach.”

Grad transfers are a new norm, especially at Oklahoma State, and one players are proud to be a part of.

“I like what they got going on down there, you know sometimes in that specific areas and positions that they might be weak at, they always are looking to upgrade with a fifth-year transfer and I’m just glad to be one of them, an example they can tell recruits about,” says Furman.

Don’t expect the graduate transfer movement to slow down anytime soon. Oklahoma State has become a destination for those players looking to compete for something worthwhile.