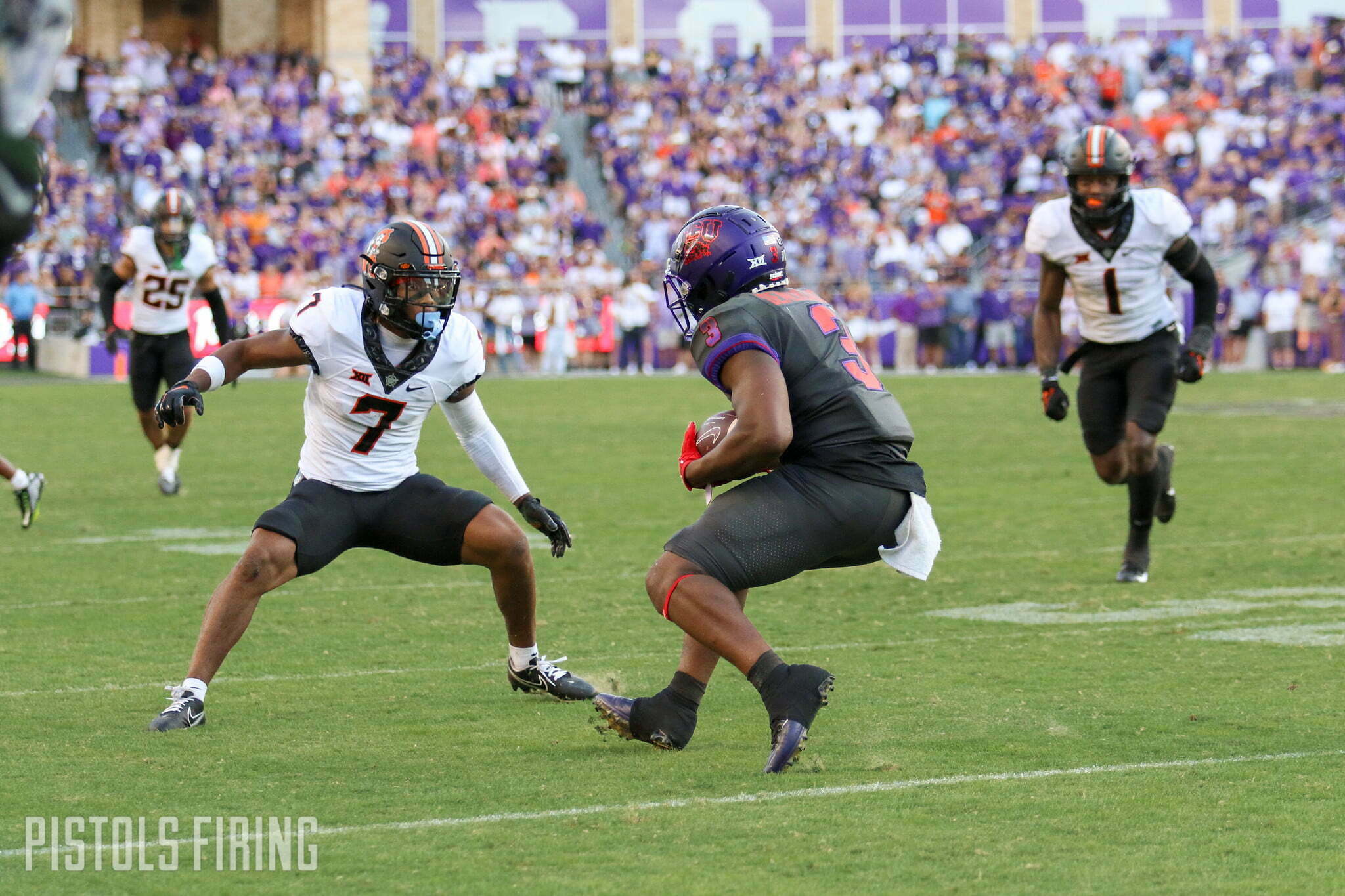 The entries into the transfer portal have slowed down this week, but they haven’t stopped entirely.

Oklahoma State corner Jabbar Muhammad entered the portal Thursday, according to 247Sports’ Cody Nagel. After making his first career start in last season’s Fiesta Bowl, Muhammad has been a regular piece to Oklahoma State’s secondary this season, primarily playing corner but also slotting in at safety if need be.

“He’s got a lot of Brodrick Brown in him,” Gundy said. “Loves to compete. Never says a word. When you look at him, he’s not going to just wow you with his physical stature, but he just doesn’t go away. He’s just kind of like a mosquito that you can’t hit. It just keeps flying around you and causing problems. That’s what he does out here.”

A 5-foot-10, 180-pound junior, Muhammad had 48 tackles, a forced fumble, nine pass breakups and an interception in the regular season.

Muhammad, a cousin of former OSU corner AJ Green, joined the Cowboys out of DeSoto High School as part of the 2020 class. He was a three-star prospect and chose Oklahoma State over offers from Colorado, Texas Tech, Houston, North Texas and others.

Muhammad is the second of OSU’s secondary starters to enter the portal, joining safety Thomas Harper. Kanion Williams and Demarco Jones are two other scholarship defensive backs that have entered the portal from Oklahoma State.