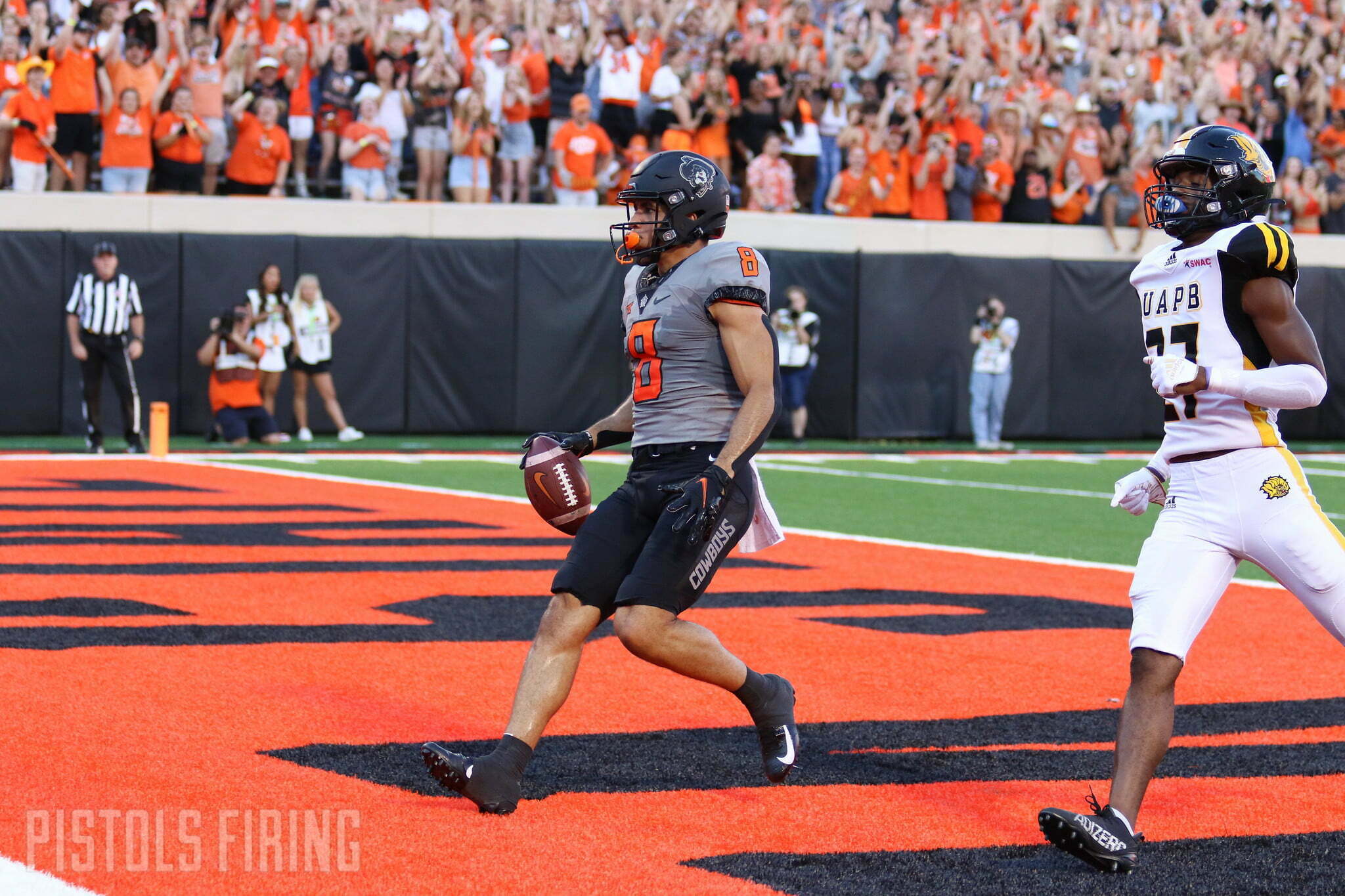 Oklahoma State did exactly what it was supposed to with an FCS opponent in town on Saturday, dominate. But don’t expect style points in the polls for beating up on Arkansas-Pine Bluff.

OSU dropped from 8 to 9 in this week’s AP ranking, despite earning a 63-7 blowout. The Cowboys also dropped one spot to 8th in the USA Today sports AFCA coaches poll.

In the coaches poll, OSU got leapfrogged by USC. In the AP, they got jumped by Kentucky. The Trojans thumped Fresno State 45-17. The Wildcats blanked Youngstown State 31-zip. Those yawn-worthy blowouts are just a tad more exciting than the Pokes’ dismantling of an FCS opponent, which I think is fair.

The Cowboys are still a Top 10 team, undefeated and heading into a bye week before a Big 12 Championship rematch with Baylor. Most importantly, the Cowboys are in a good spot. Everything is in front of them and the rankings will work themselves out on the field as conference play gets underway.