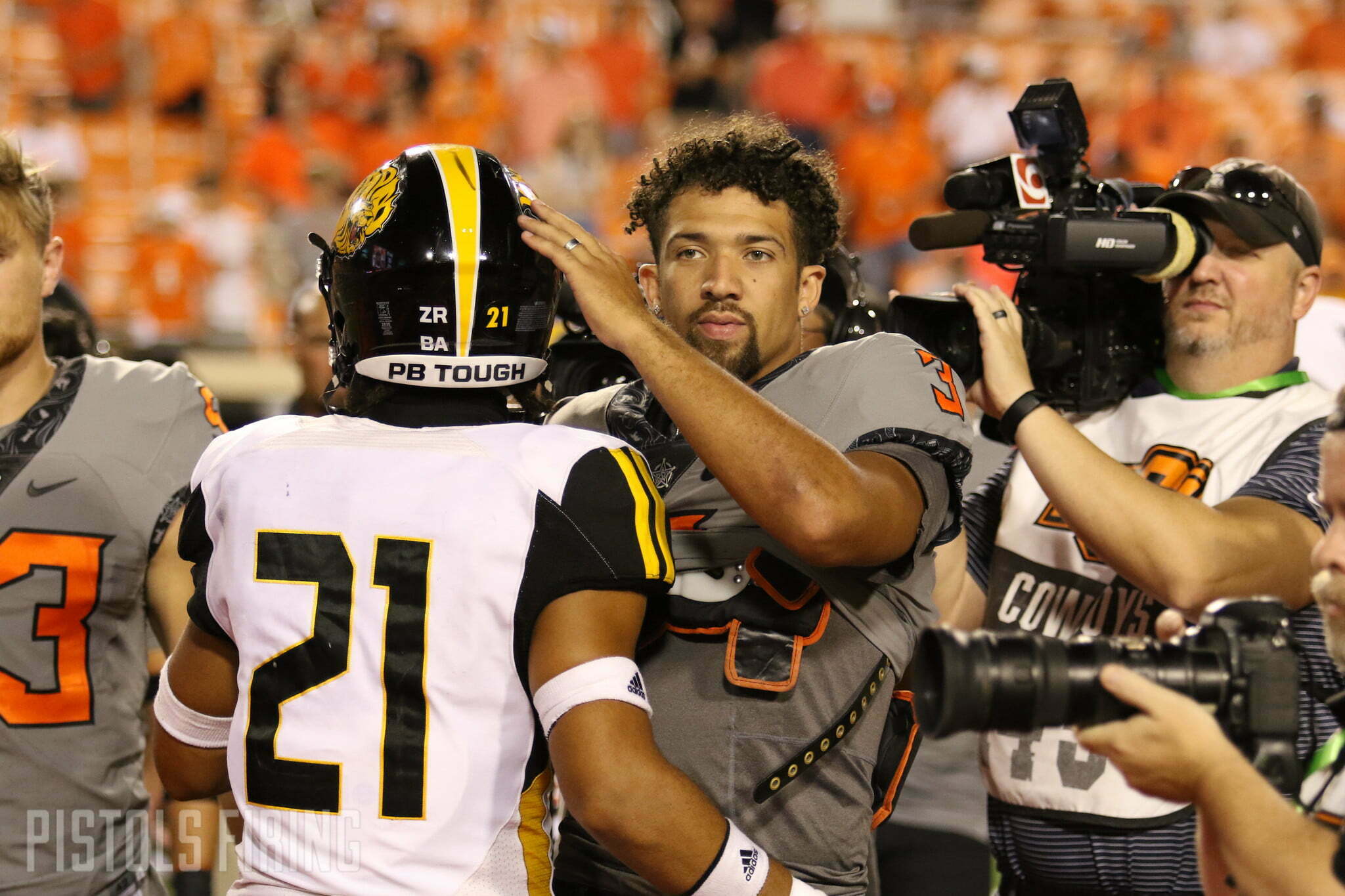 Oklahoma State put a bow on its nonconference slate with a blowout win over Arkansas-Pine Bluff. For their effort, the Cowboys get a bye week to prepare for a Big 12 opener against Baylor in Waco. But despite the win, the Cowboys got leapfrogged by USC, dropping one spot from 7 to 8 in the latest USA Today sports AFCA coaches poll.

Lincoln Riley’s USC squad passed up the Cowboys thanks to a 45-17 win over Fresno State. I guess that’s a little more impressive than a 63-7 win over an FCS opponent.

Elsewhere in the Current and Future Big 12

OU thumped Nebraska 49-14 and remained at No. 6. So much for nostalgia. Baylor rose a couple of spots after taking care of Texas State and Texas climbed one spot after dispatching UTSA.

Also, Kansas might be running an actual football program. The Jayhawks are 3-0 after taking it to Dana Holgorsen’s Houston Cougars. The Cougars started the year off in the Top 25 but are now 1-2. Kansas received five votes. Other Big 12 teams receiving votes were Iowa State (15) and TCU (seven).