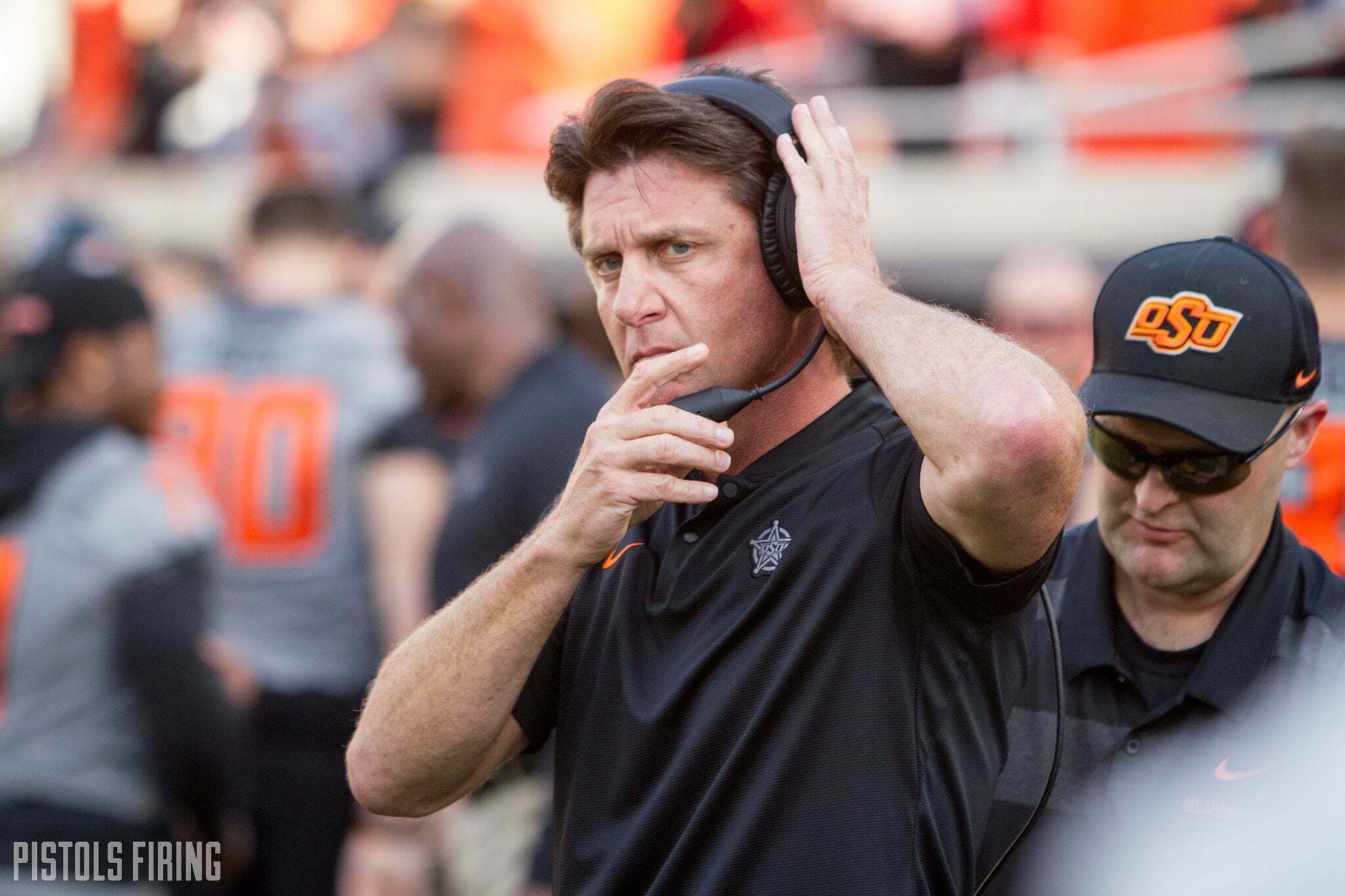 The media picked the Cowboys in the same spot as last season, but the Cowboys will look to better how they finished 2018.

Oklahoma State was picked fifth in the 2019 Big 12 Preseason Poll, the league announced Wednesday. The Cowboys came in behind Oklahoma, Texas, Iowa State and TCU. The Pokes were picked fifth last season, as well, but finished the year ninth after a disappointing 3-6 conference record.

Here’s is a look at the poll.

The surprise of the poll is probably TCU at No. 4. The Horned Frogs finished 4-5 in conference play in 2018. TCU did finish last season strong, winning its final three games including beating Cal in the Cheez-It Bowl, but those three games were all fairly ugly.

It seems like there is more Texas hype this year than usual, but the Longhorns didn’t come all that close to taking the Sooners’ preseason crown, only getting nine first-place votes. But, Texas is up from fourth in last year’s preseason poll.