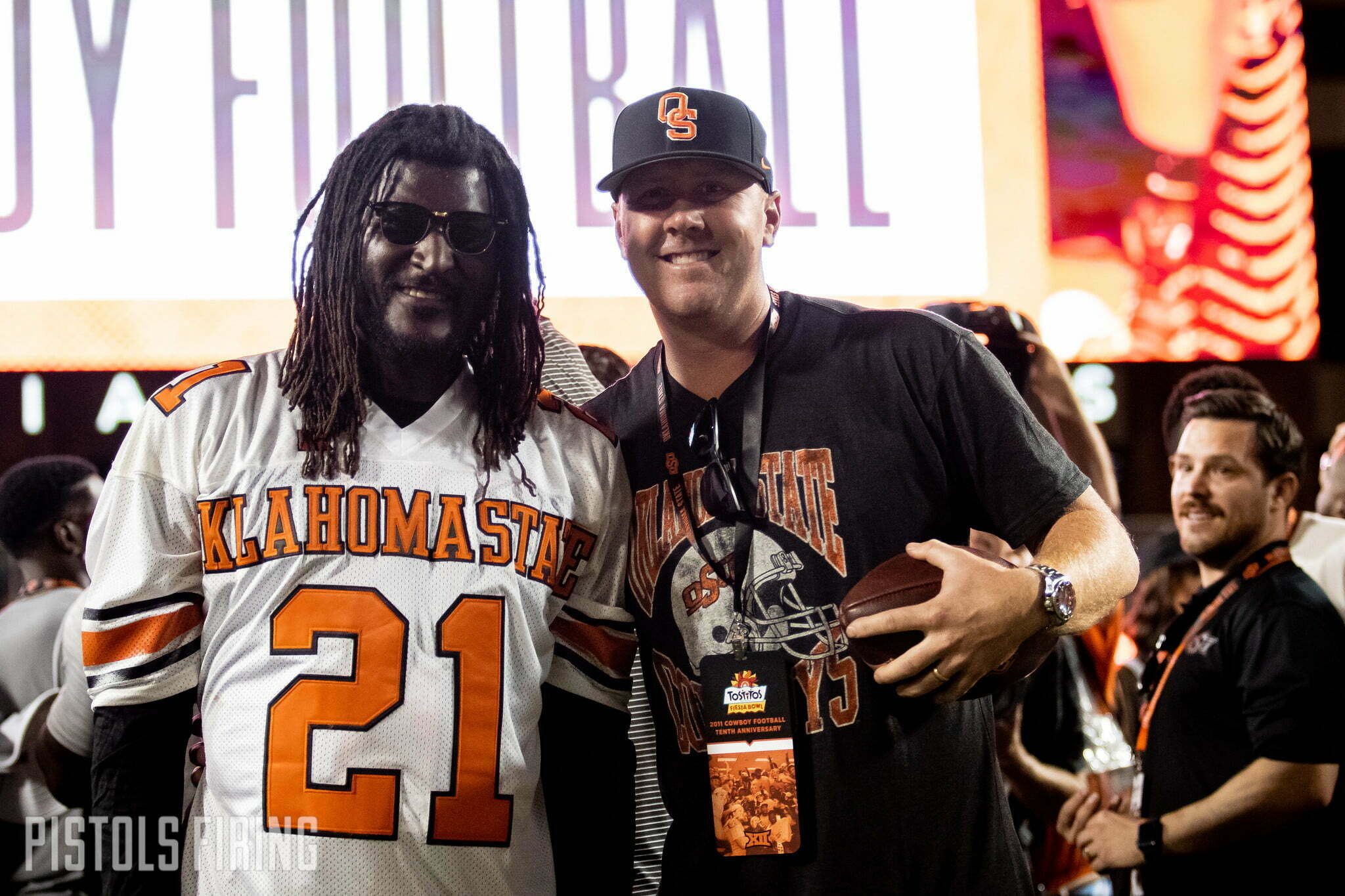 Football is a team game but individual performances within the game must be commemorated appropriately in all their goodness. So as OSU prepares to face Wisconsin on Tuesday in the season finale, here’s an appropriate look back at the best individual offensive showings for OSU football on the gridiron in bowl games. (Trigger alert for any old Wyoming fans reading: Barry Sanders content is incoming.)

[hits Heisman pose] sooprise, sooprise, the great Barry Sanders makes an early appearance. His 222 rushing yards in the 1988 Holiday Bowl still stands at No. 1 in the all-time record books for OSU as the most ever by a Cowboy in a bowl game, edging out (by a surprisingly large margin!) the likes of Bob Fenimore, Terry Miller, Tatum Bell, Chuba Hubbard and his former teammate, Thurman Thomas.

Sanders’ legendary 1988 Holiday Bowl showing also leaves him No. 1 on the all-time list for most points scored by a Cowboy in an individual bowl game with 30, once again edging out Thurman Thomas (24) and Terry Miller (24). Oh, but wait, there’s more! Sanders’ 1988 game also featured five individual touchdowns which … you guessed it … is a single-game individual record. Thurman Thomas is second on the list with four.

As one might suspect, Brandon Weeden, the greatest quarterback to have ever walked the earth and the best quarterback of the history of the program, finds himself rather involved in this category. The leader of the 2011 title-winning Cowboys, Weeden holds the bowl game record for most passing yards, accounting for 399 in his epic 2012 Fiesta Bowl showing vs. Stanford.

Interestingly, Weeden is also responsible for the two longest pass completions by a player in OSU bowl history having connected on bombs of 71 and 67 yards during his time at OSU in bowl season. Spencer Sanders’ four passing touchdowns in the 2020 Cheez It and the 2022 Fiesta put him T1 for most by a quarterback in a bowl game with Taylor Cornelius and his four passing touchdowns in the 2018 Liberty Bowl.

Sanders holds the record for most completed passes in an OSU bowl game with 34, narrowly edging out Clint Chelf, who in the 2014 Cotton Bowl completed 33 passes. Mike Gundy leads all quarterbacks in program history with the best completion percentage in bowl games having completed 83.3% of his passes. (Min. 20 attempts.)

Rashaun Woods, as if there was any doubt, leads OSU’s all-time receiving yards category in a single bowl game with the 223 he collected against Ole Miss in the 2004 Cotton Bowl. Justin Blackmon’s 2012 Fiesta Bowl performance isn’t far behind.

There was a ton of good records here to make note of so I’ll just bullet point a couple favs I saw: