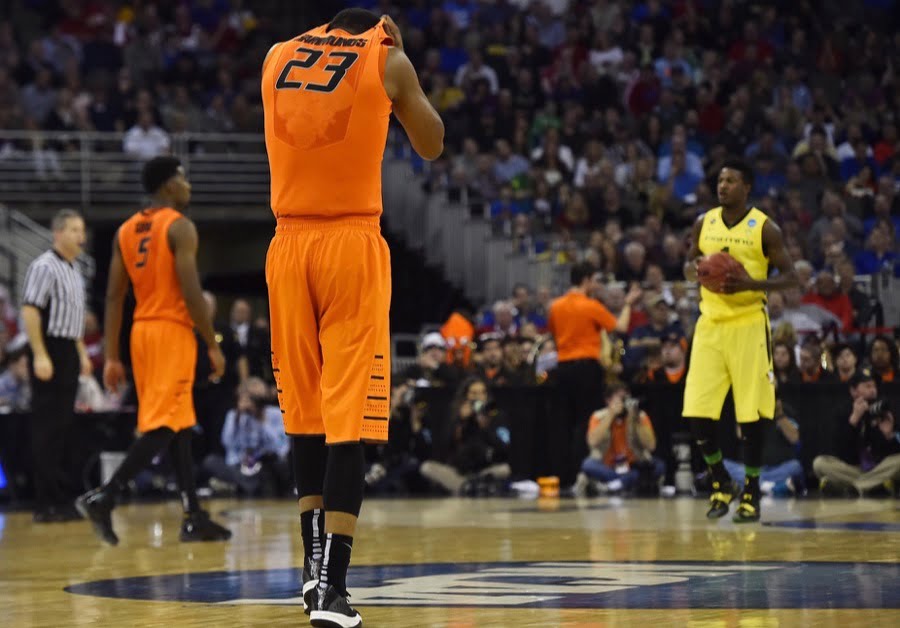 OSU bows out early from another NCAA Tournament. (USATSI)

One of my favorite things about the rise of advanced statistics is data on expected wins. We looked at how that type of stat has affected Rickie Fowler’s career recently and today I want to look at how it has shown itself when it comes to OSU hoops.

KenPom has a really cool feature where it shows you the luck each team incurred throughout any given season. What is luck? Here’s how he defines it:

“A measure of the deviation between a team’s actual winning percentage and what one would expect from its game-by-game efficiencies. Essentially, a team involved in a lot of close games should not win (or lose) all of them. Those that do will be viewed as lucky (or unlucky).”

With that definition in mind, here are OSU’s national rankings when it comes to luck since Travis Ford took over in the 2008-09 season (remember, there are only 350 teams total in D1 hoops so a neutrally-lucky team would be around No. 175).

In five of those seven years OSU has had “negative luck” or “lost more close games than it was expected to lose.”[1. This doesn’t even include games like the one at TCU this year which wasn’t close at all.]

This is a small thing, yes. And doesn’t necessarily account for the dozens of games it’s felt like Travis Ford has lost at the end over the years.[1. Ford’s record in games decided by 6 or fewer points is actually quite good comparatively.]

I do wonder if it isn’t a smaller piece of the bigger failure as a whole, though.

To tell you the truth, it’s becoming tough to believe it isn’t.