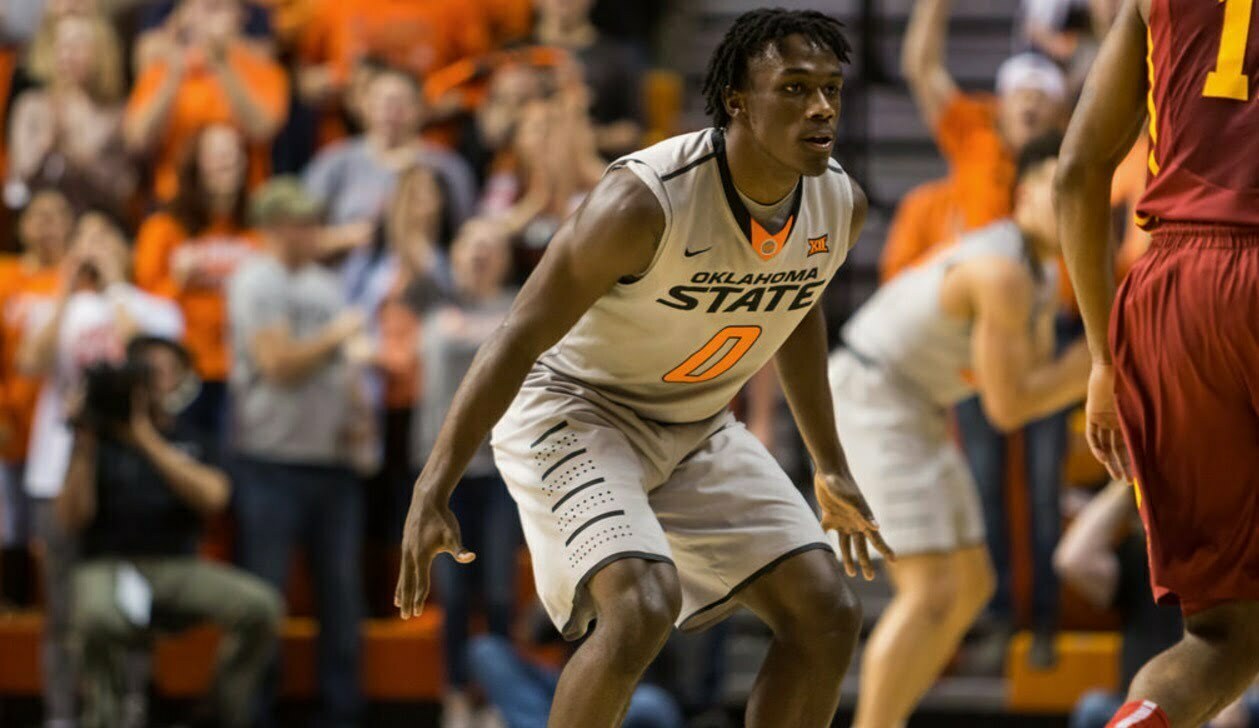 Oklahoma State lost its fourth-straight game (and 11th-straight Big 12 game dating back to last year) on Wednesday night in Gallagher-Iba Arena against Iowa State. There were offensive issues — Leyton Hammonds couldn’t get going and Jawun Evans couldn’t throw it in the ocean — but Oklahoma State’s loss stemmed primarily from a lack of pressure on the defensive end. Iowa State hit its last nine shots on offense and scored at will when OSU’s defense should have been tightening.

“That tenacity and that bulldog mentality, not there,” head coach Brad Underwood told reporters after the game. “Not there yet. Not there yet. It’s not important enough. And [Iowa State] didn’t blink. They didn’t blink. Down a little bit, they knew who their dudes were. And I use dudes when I refer to good players. They didn’t blink. Late in the game you’ve got to be a big boy and get a rebound. You’ve got to get loose balls. Those were in my notes pregame. And we saw a pro point guard tonight.”

Underwood is right about the bulldog mentality. It’s not there, specifically on defense right now. Does Oklahoma State have inferior talent to most of the rest of the Big 12? Sure. But so do Texas Tech and TCU, and they’re a combined 4-4 in conference play while the Pokes sit at 0-4.

There are a number of issues for Underwood’s squad right now, but the biggest one to me right now is that they are just not creating turnovers like they did early in the year. They were turning teams over 25 percent or even 30 percent of the time. This is a pillar of Underwood’s teams. It was at SFA and it will be in Stillwater. Oklahoma State still ranks No. 7 in the nation in defensive turnover percentage, but that number is dropping.

Here is a look at every game this year. I highlighted the games in green where OSU turned teams over on 15 percent of possessions or more. The ones in red are less than 15 percent. So yeah, the best game OSU has played in the Big 12 thus far coincided with its most disruptive defensively. This is not super difficult to figure out. I get that you’re not playing the Pine Bluffs and Rogers States of the world anymore, but OSU disrupted Wichita State, UNC and Georgetown more than it has with Texas and Iowa State. That can’t happen.

“We needed more three stops in a row,” said guard Phil Forte on Wednesday. “Like I said, giving up 96 is way too much and when you score 86 that should be enough to win. We have to figure it out. It’s not going to get any easier. We go to Kansas Saturday, so we’ll find out what we’re made of. We have to come together as a team. No one in the league is going to feel sorry for us.”

No, they aren’t. This was echoed by his head coach.

“So it doesn’t get any easier,” added Underwood. “I promise Bill Self isn’t going to feel sorry for us. You find out who you are as a person. We’re going to continue to work and grow. Become tougher. We’ve got to be able to go make those plays. Tonight they showed they’re a team with five seniors, the fourth oldest team in the country. Nothing bothered them. Up or down. That’s what they do.”

Getting steals and turning defensive possessions into offensive ones is what OSU does. They just haven’t done much of it lately.