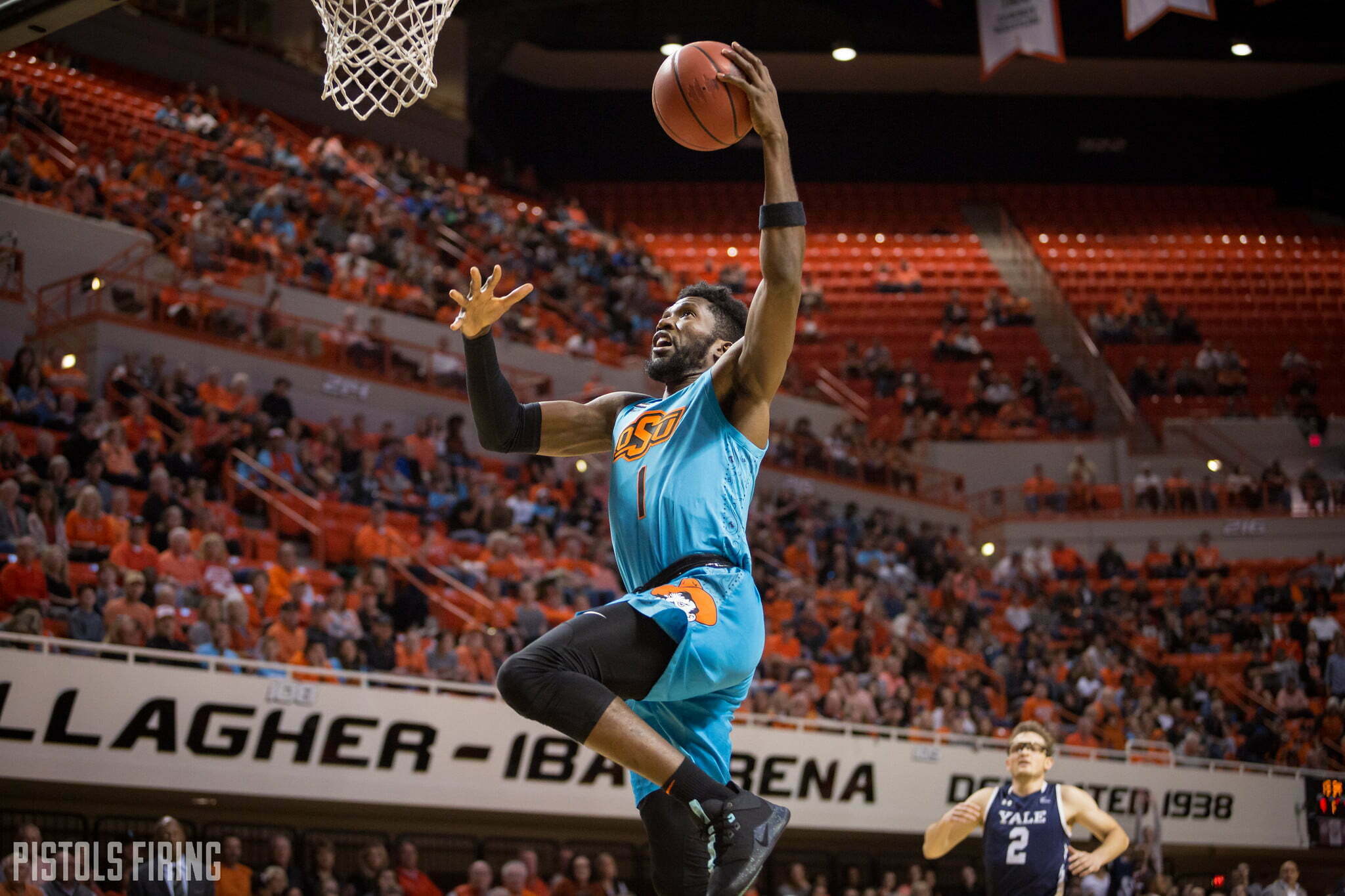 We’ve talked ad nauseam about how woeful OSU has been offensively so far in Big 12 play. This is true. They have been. In every way. They’re last in the Big 12 in 2-point shooting, 3-point shooting and offensive efficiency.

What we maybe haven’t considered is the teams they’ve gone up against. The Big 12 is a war zone when it comes to getting buckets, and OSU has faced three of the better defensive teams in the league thus far. Here are the national rankings of all 10 Big 12 teams so far this year in terms of defensive efficiency.

This is the inverse of the Big 12 as a football conference. In fact, over the last decade, this looks like where Big 12 teams would have ranked nationally in offensive efficiency when it comes to football.

Regardless, the point is that OSU has faced three straight top-30 defensive teams nationally to open the Big 12 slate. The good news is that teams that are easier to score on are coming. The bad news is that Baylor and Kansas are both in the top five nationally, and OSU has four games upcoming against them as well.

The last bit of good news is that OSU is holding its own when it comes to defense. Unfortunately the same cannot be said for the other side of the ball, which I dove into a bit earlier today.

OSU is currently ranked 329th (not a typo) nationally in 3-point percentage for the season at 28.5 percent. That’s a number that’s slightly worse than Marcus Smart’s career 3-point percentage (29.5 percent). OSU’s team would be better off if they let Marcus Smart shoot every 3-pointer this season. Not good, and it needs to change on Wednesday in Stillwater.