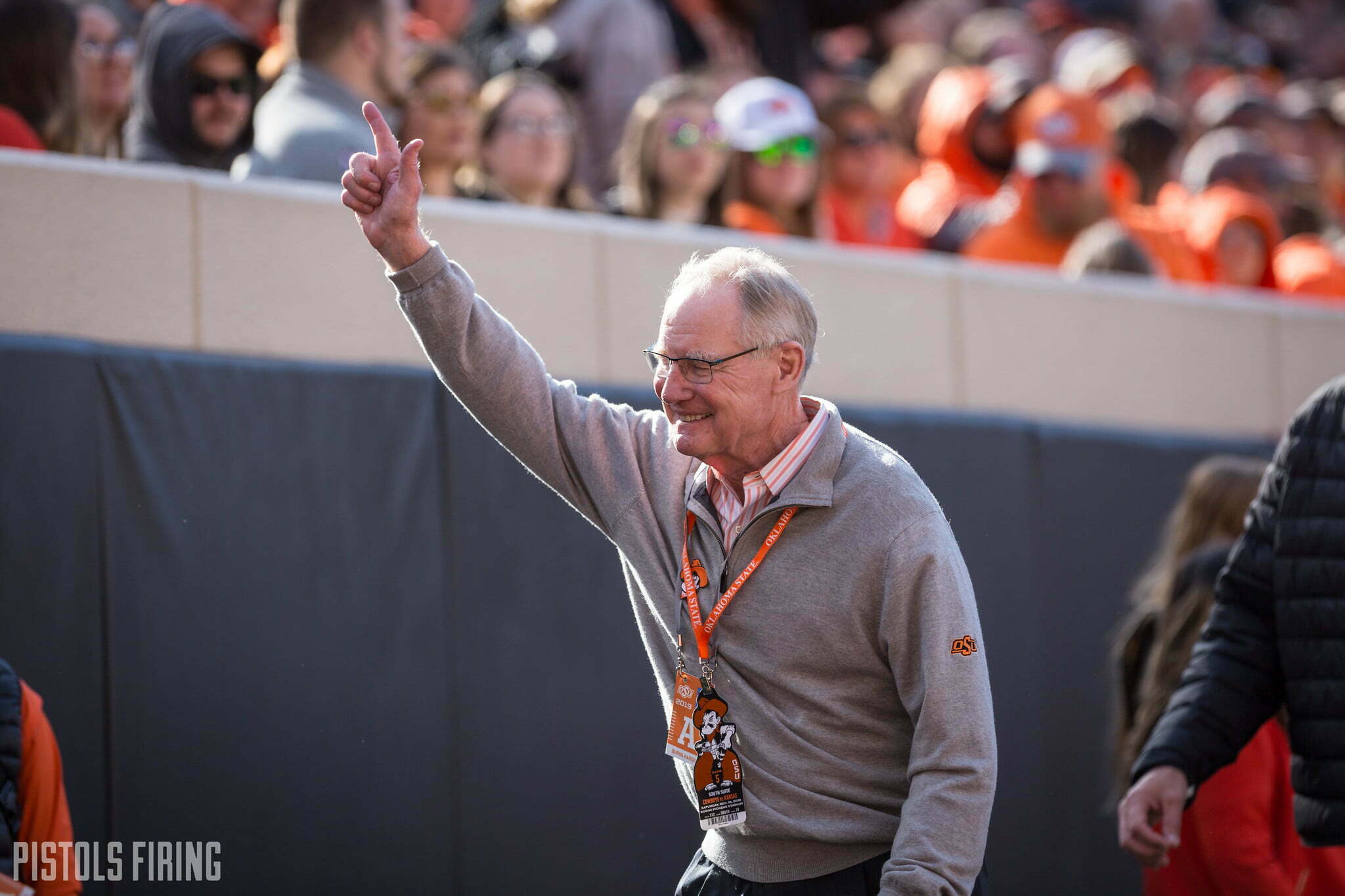 On Friday, Oklahoma State President Burns Hargis announced his plan to retire at the end of the academic year.

Effective July 1, 2021, Hargis’ retirement will end a 13-year presidency. He announced his plan at a regular meeting of the OSU/A&M Board of Regents.

“First Cowgirl Ann and I have had the time of our lives since assuming our roles in March of 2008,” Hargis said in a video. “The opportunity to be the president of my alma mater has exceeded most everything else. OSU is a truly special place. During our time at Oklahoma State, we have marveled at the boundless talents across our campus, enjoyed the thrill of success and of course wept during moments of tragedy that united us as a family.

“Ann and I have been blessed and honored to serve this great university. We’re extremely proud of all Oklahoma State has accomplished these past 12 years and the growth and many changes that have transformed our university.”

Under Hargis’ leadership, OSU has been able to expand its campus through the $2.2 billon in fundraising since he took over. In his tenure, OSU has developed more than 2.5 million square feet of new or enhanced facilities on its Stillwater and Tulsa campuses.

His tenure has also seen enrollment increase with five of the largest freshmen classes in the school’s history.

“Oklahoma State University is stronger today than at any time in its 130-year history due to the historic leadership of Burns Hargis,” said Rick Davis, Chair of the OSU/A&M Board of Regents. ” We are grateful beyond words for the dynamic leadership and dedicated service of both Burns and Ann. It isn’t easy to quantify their influence and impact. They have been immense and at the top in instilling genuine pride in our Cowboy heritage, values, culture, and land-grant mission.”

Before returning to OSU as president, Hargis was vice chairman of Bank of Oklahoma. He also practiced law in Oklahoma City for 28 years. He was inducted into the Oklahoma Hall of Fame in 2009.

“Ann and I appreciate all the support that we’ve received from every corner of the Cowboy nation,” Hargis said. “These have been the best years of our lives, but to be sure, the best is yet to come for Oklahoma State University. Thank you, and go Pokes.”