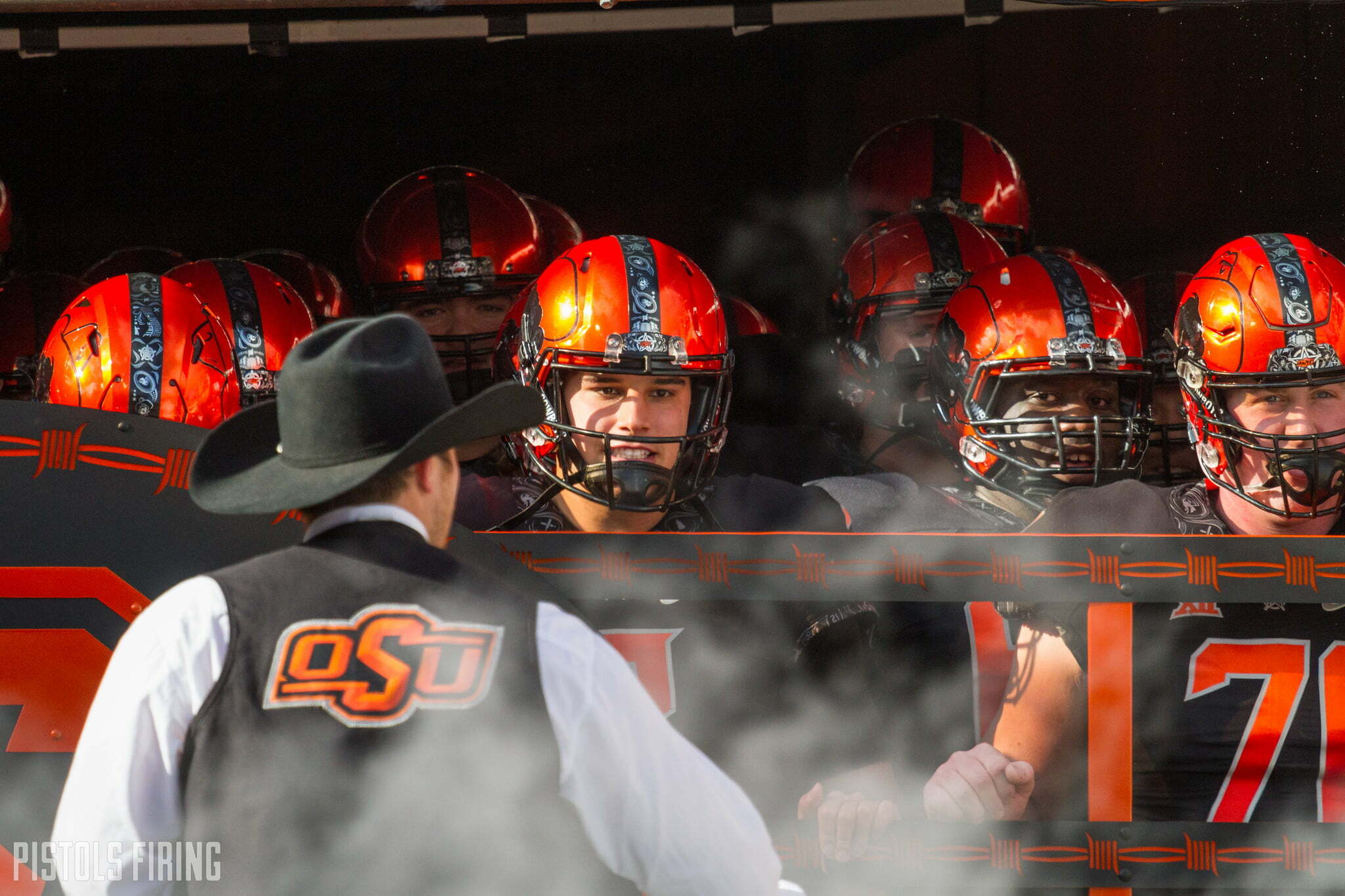 I have many notes. Many notes to write about many different things. Some are easy. Some are difficult. Some I never get to. I’ve had a note to write about OSU players in the NFL and what it says about OSU as a whole for a few months now. It turns out, there’s not really a great path to do that.

My idea was to weave in recruiting rankings, wins and NFL draft pick rankings from the last decade or so to tell some Big Picture Story about the Pokes. There’s a way to do that, maybe, but I’m not sure there’s a fair and accurate way. Especially when finding data on all-time draft picks by college is so difficult.

What we can find, however, is active NFL players by college, and we know OSU ranks 48th in that category with 16 active NFL players, according to Pro Football Reference. They’re tied with Maryland and the holy trinity of Texas schools: Baylor, TCU and SMU.

It’s a fascinating list. OU has 33 players in the NFL currently (No. 16). West Virginia has 21 (No. 35). Alabama has 54 (obviously No. 1). I’m not positive what to take away from this beyond what many of us already thought: That OSU is great at winning with inferior talent (based on recruiting rankings).

One of the reasons I wanted to look at some of this is to see if Mike Gundy was in fact the best at finding diamonds in the rough. In other words, does OSU’s pool of NFL talent outpace its recruiting ranking over the past decade. The non-definitive answer: No, not really.

The Pokes have placed in the low-to-mid 30s in recruiting rankings for a long time, most of Gundy’s tenure. That’s where they exist. My numbers say OSU has, on average, the 32nd-best class in the country since 2005. So logic would say that their pool of NFL talent should be at least somewhere around there (the part that’s tough to figure out is lag time because, obviously, you wouldn’t include 2018 or 2019 recruiting data into 2018 or 2019 NFL numbers as those players are still in college).

But the NFL ranking is actually much lower than the recruiting one. The takeaway is a strange one: Gundy isn’t great at getting talent to come to Stillwater or at putting that talent on NFL rosters. But he’s unbelievable at the in-between time of getting production out of his players. Here are the numbers.

OSU’s national ranking in wins since …

It’s remarkable that, despite not having top-tier talent coming in the front door or a large volume of it going out the back, OSU is ranked in the top 21 in wins in the last nine years, eight years, seven years, six years, five years, four years and three years.

So what does all of this tell us? I’m not positive. I honestly thought OSU might fare better in the NFL data. They really don’t, though. Cincinnati, Boston College and Illinois all have more active NFL players than Oklahoma State does. That surely ebbs and flows and who knows, maybe that changes in the next 2-3 years with Justice, Brailford etc. going pro.

But one narrative I hear a lot is something along the lines of, You need to look at this through the lens of an unbiased third party because recruiting rankings are BIASED! And “biased” is always in all caps. So I am, and the results are … less impressive than they are when you look at recruiting (?)

I don’t know if this makes me more amazed at what Gundy and Co. have done with the talent they’ve had in Stillwater or more puzzled that they don’t actually transform the talent they’re getting into next-level players.