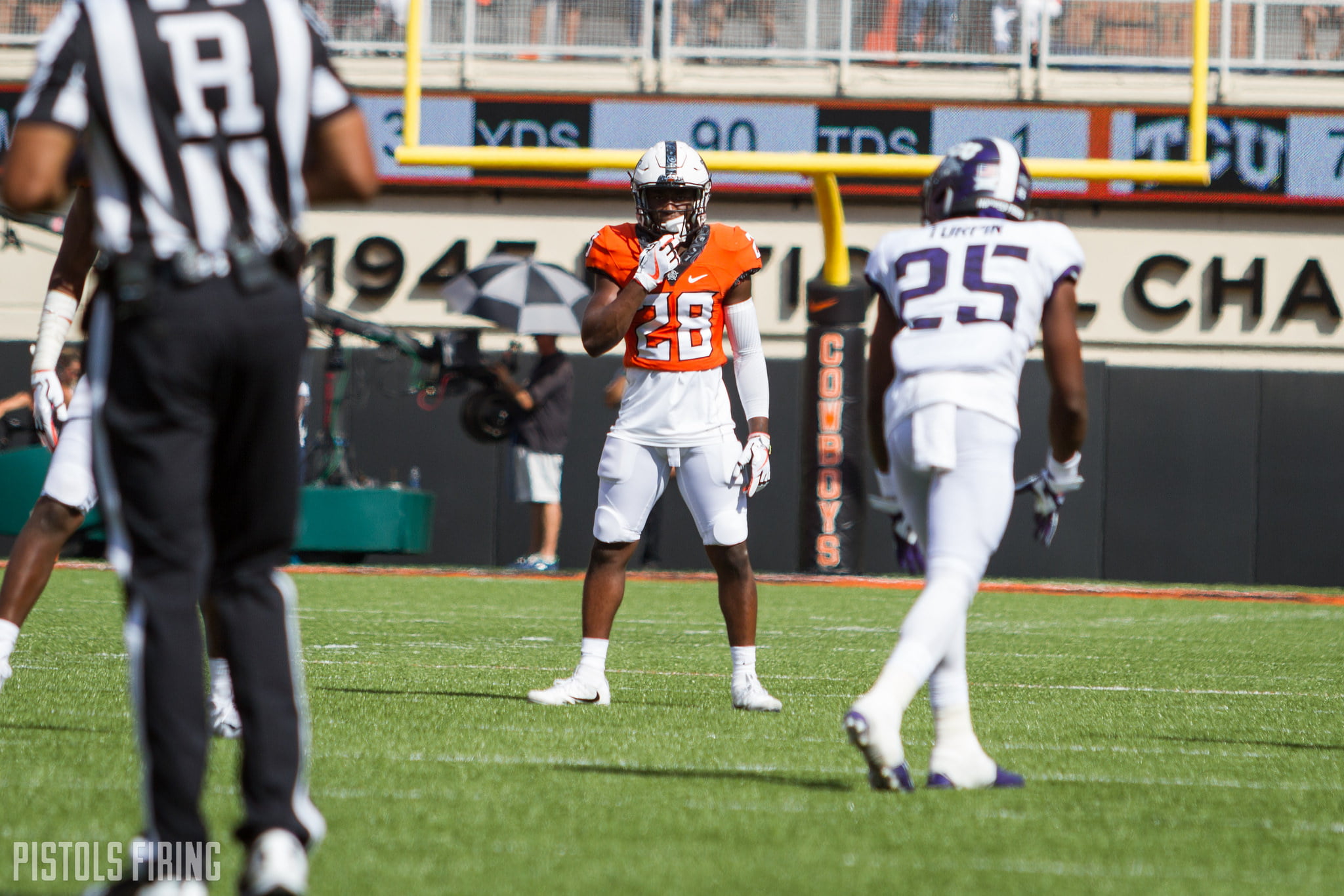 Oklahoma State safety Thabo Mwaniki is transferring to the University of Houston, he told Pistols Firing on Sunday afternoon. Mwaniki is a sophomore who departs OSU in good standing after requesting, and being granted, a release to seek a transfer two months ago.

As a freshman at OSU, Mwaniki played in all but two games during the 2017-18 football season, logging 22 total tackles, an interception and two starts from the safety position. As a sophomore this past season in six games, prior to his transfer, Mwaniki played sparingly in a tightened safety rotation under new DC Jim Knowles that limited Mwaniki’s snaps as the season progressed.

At Houston, Mwaniki becomes one of the early players to join new head coach Dana Holgorsen, who left West Virginia to take the Cougars gig this offseason. Holgorsen previously served as an offensive coordinator at Oklahoma State before taking the Mountaineers gig.

Mwaniki committed to OSU out of Denton Guyer High School over more than a dozen scholarship offers from the likes Baylor, Colorado, TCU, UCLA and others in 2017. Per NCAA rules, he will be required to sit the upcoming football season and be eligible for two seasons beginning in 2020.