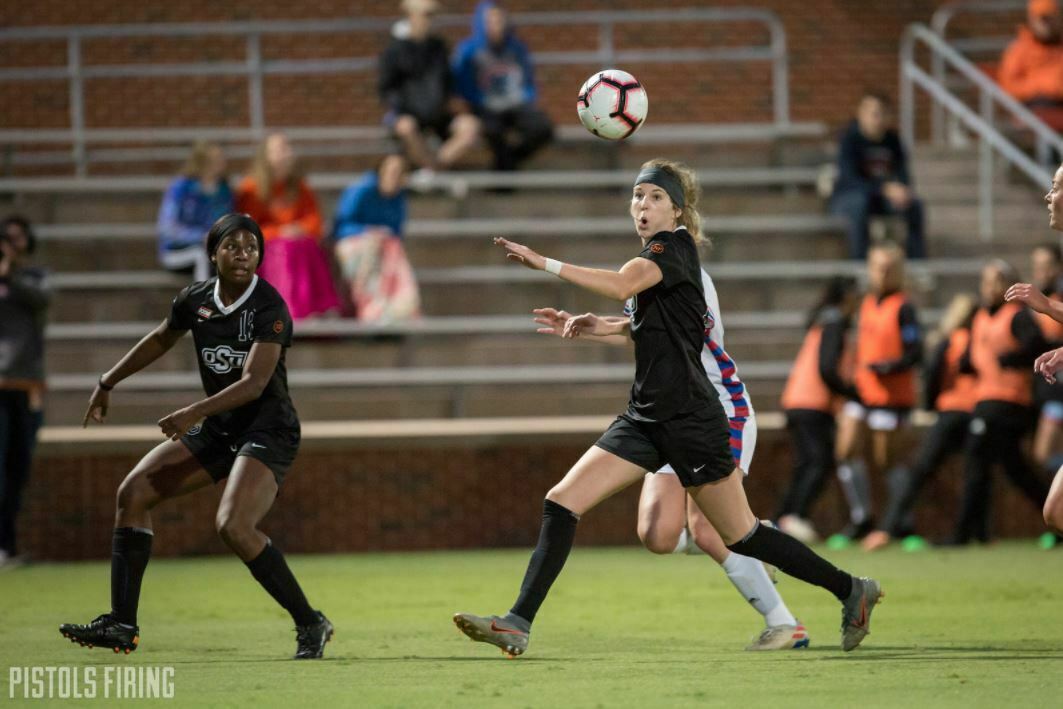 STILLWATER — With the NCAA Tournament already postponed (at the least), Big 12 soccer teams are getting right down to it this fall.

The reigning Big 12 champ, Oklahoma State starts its season Friday night in Norman against Bedlam rival Oklahoma. It’s one of just nine games in about two months the Cowgirls will have in their shortened regular season. No nonconference opponents, just straight into Big 12 play.

For reference, OSU played 10 nonconference games last season. It will essentially be a sink or swim sort of ordeal for OSU’s 11 true freshmen.

“They’re some good players in [the freshman class], some talented players,” OSU coach Colin Carmichael said. “The issue is we haven’t seen them in a game. I’ve had plenty of players over the years, and in training I thought, ‘Well this kid’s pretty good,’ and then you throw her in a game and you’re like, ‘Wow, she’s fantastic.’ There’s other kids who really show up in training, and sometimes it doesn’t translate to the games. That’s probably the unknown that we have right now.”

Luckily for Carmichael and the Cowgirls, the squad also has some veterans returning.

Grace Yochum is back after an injury ended her 2019 season in October. Yochum was still able to score a team-high 11 goals.

The Cowgirls also return their second-leading scorer in Gabriella Coleman. Coleman transferred into the program last season from Mississippi State and scored nine goals, four of which came in Big 12 play.

It’s a year and a season unlike any other that will benefit teams most ready right off the rip.

There is still hope a good performance in these nine games can lead to an NCAA Tournament birth, but as for now, the Cowgirls are just after another Big 12 ring.

“The NCAA certainly have a plan, and I’m hopeful that plan comes to fruition because we’d love to be part if their championship if it’s in the fall or spring or whenever it may be,” Carmichael said. “I think there’s still a lot of uncertainty with all of sports. You can intend to have a tournament, doesn’t mean it’s gonna come about. There’s gonna be a lot of budgetary concerns. There’s gonna be some logistical concerns with all the tournaments going on.

“I think the Big 12’s attitude was these kids deserve the right to play, and let’s give them that opportunity. Let’s play as many games as we can this fall, and if and when there’s an NCAA Championship in the spring, we’ll be playing in the spring as well ready to go.”