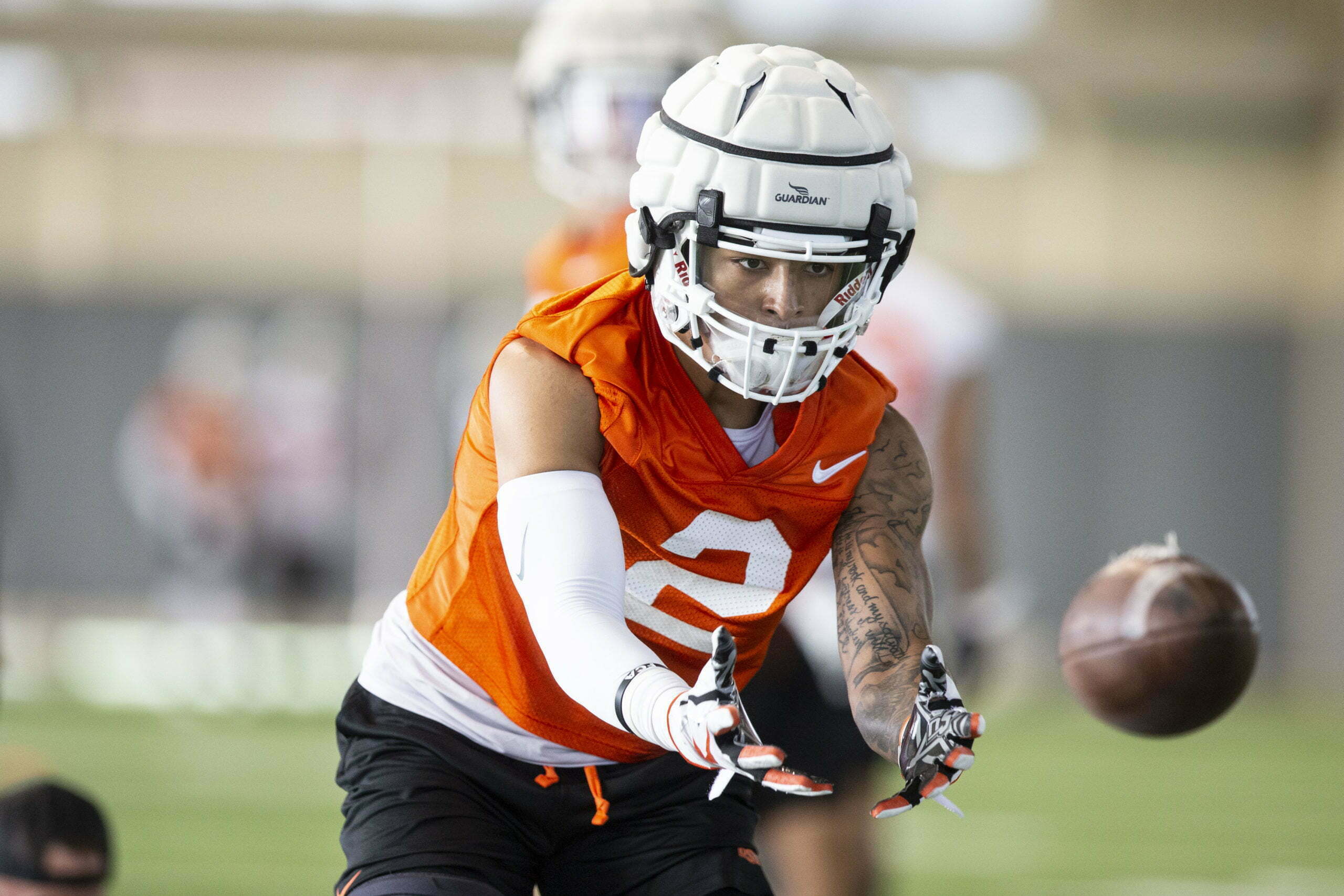 With players opting out of the 2020 college football season left and right, at least two of Oklahoma State’s stars have no intention on joining that group.

After practice No. 1 on Wednesday in Stillwater, offensive All-American Tylan Wallace and defensive stalwart Malcolm Rodriguez discussed why they chose to play this season and the coronavirus pandemic.

“I feel like we can do special things here at Oklahoma State,” said Wallace in his first practice back since tearing his ACL last year. “I came back for a reason, and I’m standing on that reason right now. I feel like we have a lot in store and we can do big things here. I’m just along for the ride.”

It’s easy to forget amid all the offseason chaos that this Oklahoma State is loaded up for a title march within the Big 12. That there is barely any semblance of a non-conference schedule left only enhances that reality. OSU storming toward a potential second Big 12 title in a decade is [checks notes] basically on deck with only the Tulsa game on Sept. 12 standing in the way.

“It’s my senior year,” added Rodriguez, who actually contracted the virus and went back to Tulsa to quarantine. “I did it for my team. We have put guidelines in, procedures in, where we could play. I trust the medical staff here and so does everybody else.”

OSU has a good setup. They were early on testing procedures and have been thorough throughout. They have an on-campus COVID-19 lab, which is certainly helpful, and they are adamant about the protocol. All of this is obviously fantastic, but it still doesn’t promise a season.

“I’m just along for the ride right now,” said new offensive coordinator Kasey Dunn when asked about what the future holds and whether he feels confident about games being played. “Obviously, I hope we get it in because that’s why we’re here. We’re trying to get football going. Your guess is as good as mine. I guess it’s hopeful.”

As summer settles and fall enters, I hope it’s hopeful. This OSU season — of all the OSU seasons — getting wiped out by a pandemic would be a massive bummer as we would have seen Chuba Hubbard and Tylan Wallace for the last time in an OSU uniform. I don’t really think that will be the case, but as Dunn noted, anybody’s guess is just as good (and probably as accurate) as anybody else’s.