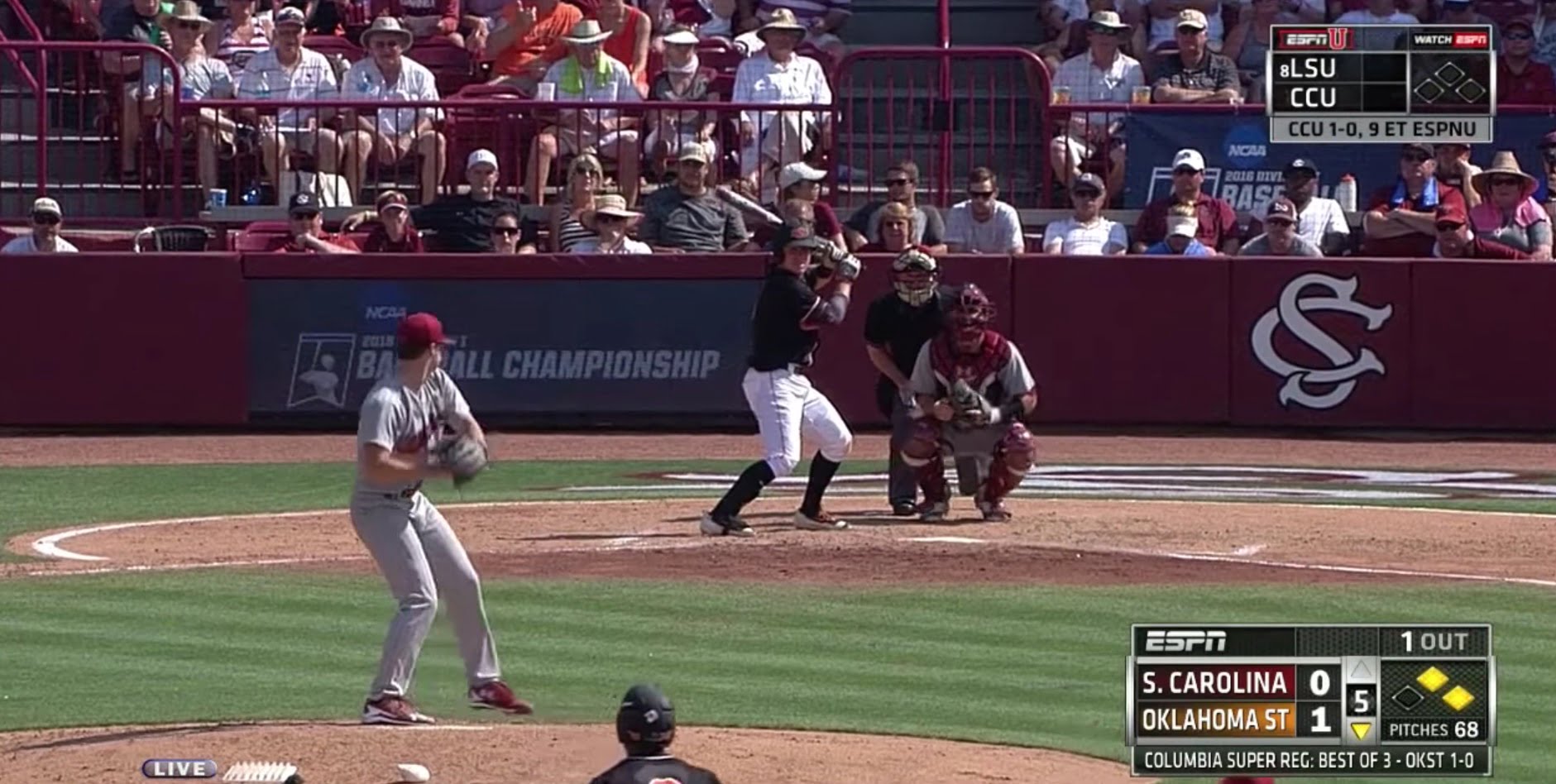 While the Cowboys were busy sweeping the South Carolina Gamecocks right out of Super Regionals in Columbia this weekend, they were also cleaning up off the field. Oklahoma State tied their program record as 11 players were drafted in the 2016 Major League Draft. This tied the school record set in 2007.

Here is the list of Cowboys selected (and here’s more detail on the first five):

This year, the 11 Cowboys drafted tied with Mississippi State for the third most of any program this year. Those two were behind Texas A&M which had 13 drafted, and USC, which had 12 drafted.

The trio of pitchers drafted from OSU combined to shut down South Carolina in yesterday’s Super Regionals clinching victory were all drafted, as Tyler Buffett (7th round pick of the Astros) went seven strong, giving up just one run, followed by Michael Mertz (14th Round pick of the Marlins) and Trey Cobb (12th Round pick of the Cubs) slamming the door.

After a surprising run that has seen the Pokes knock out in-state rivals and perennial baseball powers Clemson and South Carolina, the talented Cowboys will have more MLB-drafted players than any team left in Omaha. Oklahoma State will open their first College World Series since 1999 next Saturday against UC Santa Barbara, who won their Super Regional in the most dramatic fashion Sunday against Louisville.