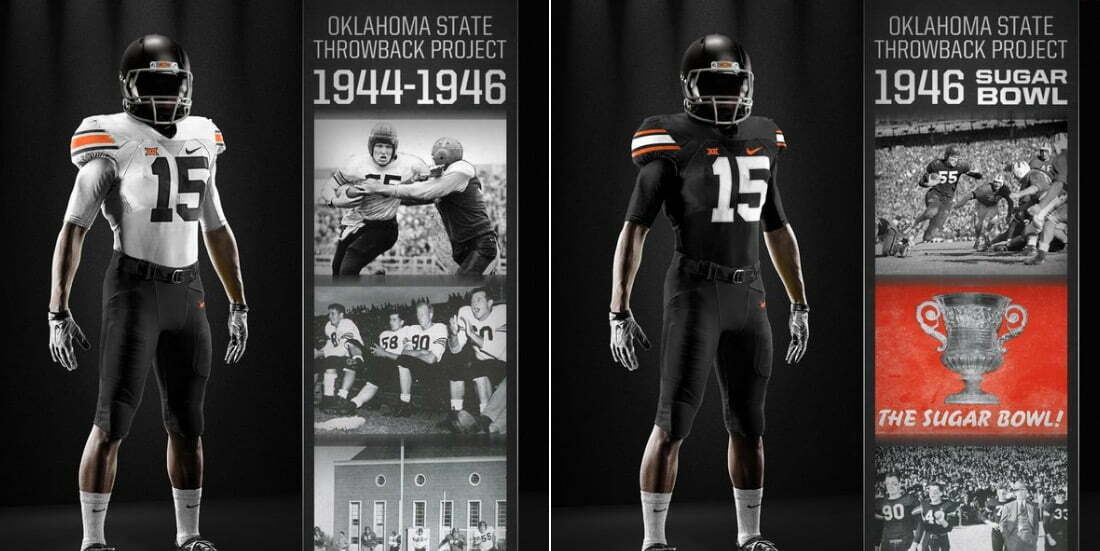 Chris Knox, who is our resident historian and vintage uniform guru created a modern version of these old threads last year during his run through the old OSU teams. They are fantastic. They also wouldn’t be my first choice for really old throwbacks (these would), but I would love to see them for Homecoming this time around.

OSU busted out a special all-black version for the 1946 Sugar Bowl against St. Mary’s (where it rolled). Can you imagine the alums who graduated in 1900 when they saw those Sugar Bowl threads? All blacks? I didn’t fight in World War I so my alma mater could throw away its tradition like this. Where’s the orange?!

Here’s a look at them in their natural environment. We even have video of them in action!