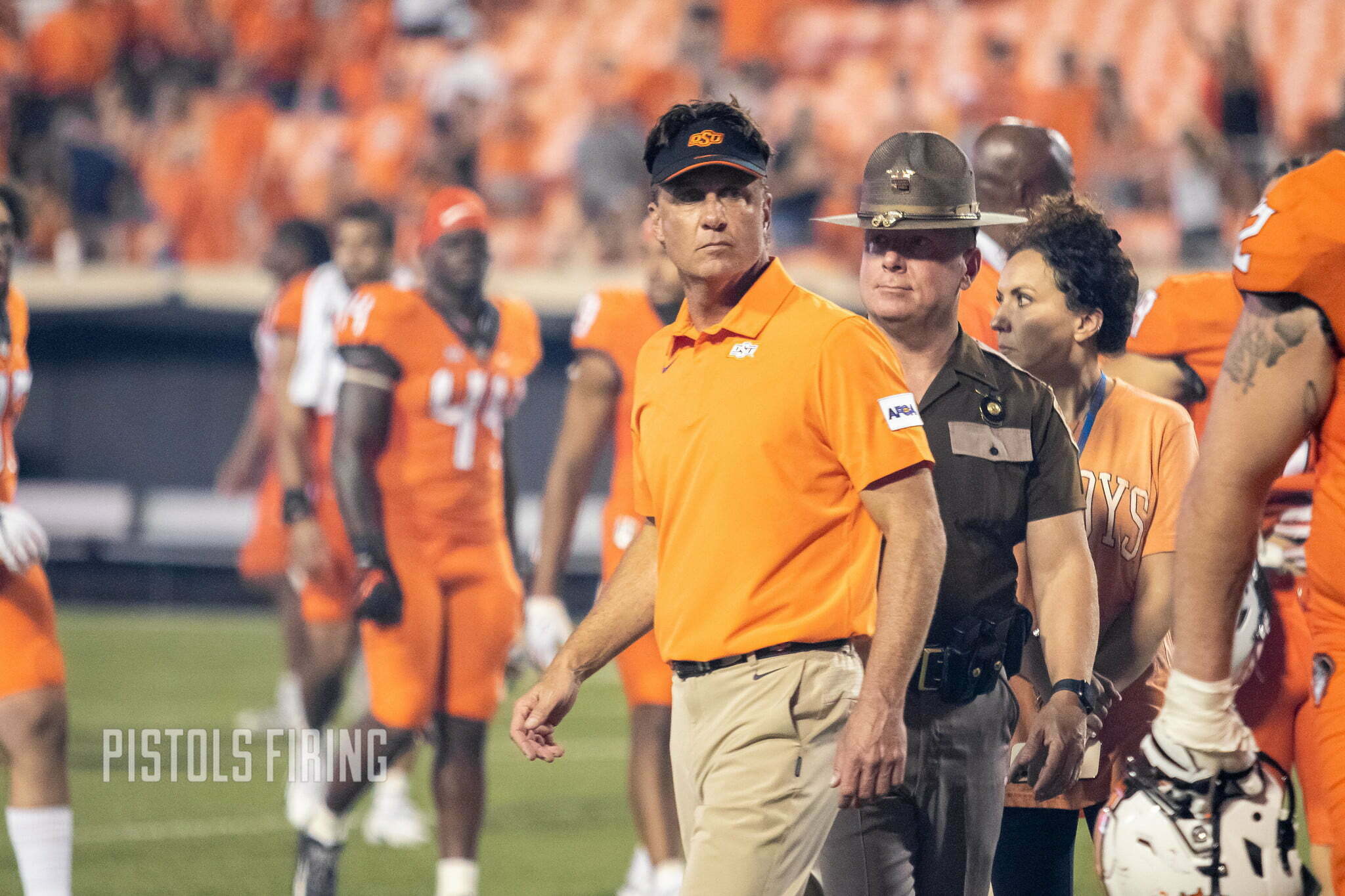 Oklahoma State’s defense has been locking down opponents all year, but it still managed to surprise Mike Gundy on Saturday.

Coming into a tough road environment against a physical offensive front, no one expected the Pokes to shut out West Virginia. But after an opening drive field goal, that’s exactly what they did.

“I expected our defense to play good, but I didn’t expect that,” said Gundy after the win. “It surprised me, but they dominated the game and never, you know, other than the first drive, West Virginia hit a few plays, and they could never really get off the ground again because of the way our defense played.”

The most impressive thing about Oklahoma State’s defense is its ability to disrupt and limit an opposing offense in several different ways. It can turn you over at times, make third downs almost impossible to convert and the Cowboys are experts at taking away what a team does best.

On Saturday, the Cowboys’ front seven bull-rushed and bullied a vaunted WVU O-line, recording eight sacks. The Mountaineers had allowed just one over the previous two games against TCU and Iowa State.

To his point, the Mountaineers were coming off their best consecutive games of the Big 12 slate, hanging nearly 500 yards apiece in wins at TCU and at home against the same Cyclones that handed OSU its only loss. WVU mustered only 133 yards against the Cowboys and 17 rushing yards.

The Cowboys bottled up dynamic tailback Leddie Brown, limiting him to just 24 yards and 2.4 yards per carry. He hasn’t logged a number that low in either category since 2019.

But the Cowboys’ defensive mastermind was not caught off guard by his team’s near shutout.

“I’m never surprised,” said defensive coordinator Jim Knowles. “I expect it. We expected it out of ourselves. Like I’ve said in the past, it’s a beautiful thing when it comes together.”

Add to that impressive stat that the Cowboys are now No. 2 in third-down defense, No. 4 in first downs allows, No. 9 in scoring defense and No. 3 in total defense. OSU is No. 11 in the nation in sacks.

There have been other Cowboy defenses, in other years — even last year — that looked legit through October only to get exposed by the grind of a long football season.

In 2020, OSU looked like the best defense in the Big 12 before giving up over 40 points each to Texas, Oklahoma and Texas Tech from Halloween to Thanksgiving. But this group seems different.

Through the first two games of the same stretch, the Cowboys have been historically stingy on the scoreboard. Starting on Oct. 30 (yes, that was Kansas), the Pokes have held back-to-back opponents to three points and without a touchdown for the first time in over 70 years.

There is still opportunity for the Cowboys to slip up down the stretch. The Cowboys can’t afford to let down their guard against a spirited TCU team next weekend. Following that, they’ll head to Lubbock where weird things happen, trying to avoid looking ahead to Bedlam. And then the best-case scenario for OSU’s defense is the proposition of trying to slow down a dynamic Oklahoma offense twice in a row.

“We go in with the expectation,” continued Knowles. “I told the guys before the the game that we know. Now, there’s the difference between hoping and thinking, and know. We know it now in the core of our being that we can win games and be dominant, and that’s a good feeling.”

This defense might end up being the best under Mike Gundy, but it’s still got three-plus games left before we can accurately determine that. But the Cowboys defenders have one thing going for them. They might just believe it already.