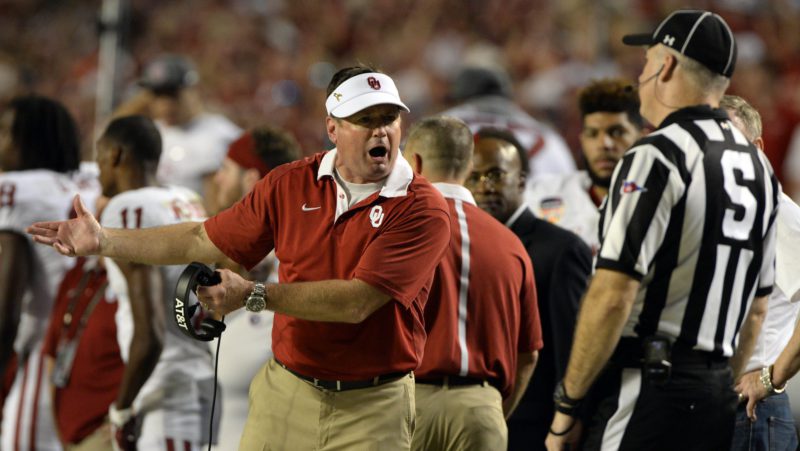 In wake of the release of the Joe Mixon video (and just a week after it was reported that Biletnikoff winner Dede Westbrook was previously arrested on his own complaints of domestic violence) the University of Oklahoma will likely face even more criticism on its stand (or lack thereof) on one of the biggest hot button issues in sports and our society in general.

Here’s a discouraging picture of that. Six big choices in under a decade.

While these instances were most definitely separate and unique from one another in practice, they are as connected as one large dark brush stroke painting a grim image of a football program, a coach and a university.

I will say that not all things are equal and circumstances for most of these cannot be known by us, in their entirety.

But when a school, or coach, or program decides to take these types of risks on players (and they most definitely are risks) they are placing their image and reputation on the line.

To my knowledge, Joe Mixon never did anything to raise a red flag to OU prior to his time in Norman. Dede Westbrook’s arrests were reportedly missing from the background check that the school commissioned. But OU has raised a red flag to all of us, emblazoned with their own brand which has taken another big hit, and rightly so.

The message is simple. Winning trumps all.

Oklahoma had a chance to take a stand but instead decided to passively take a seat (fingers-crossed) and hope for the best.