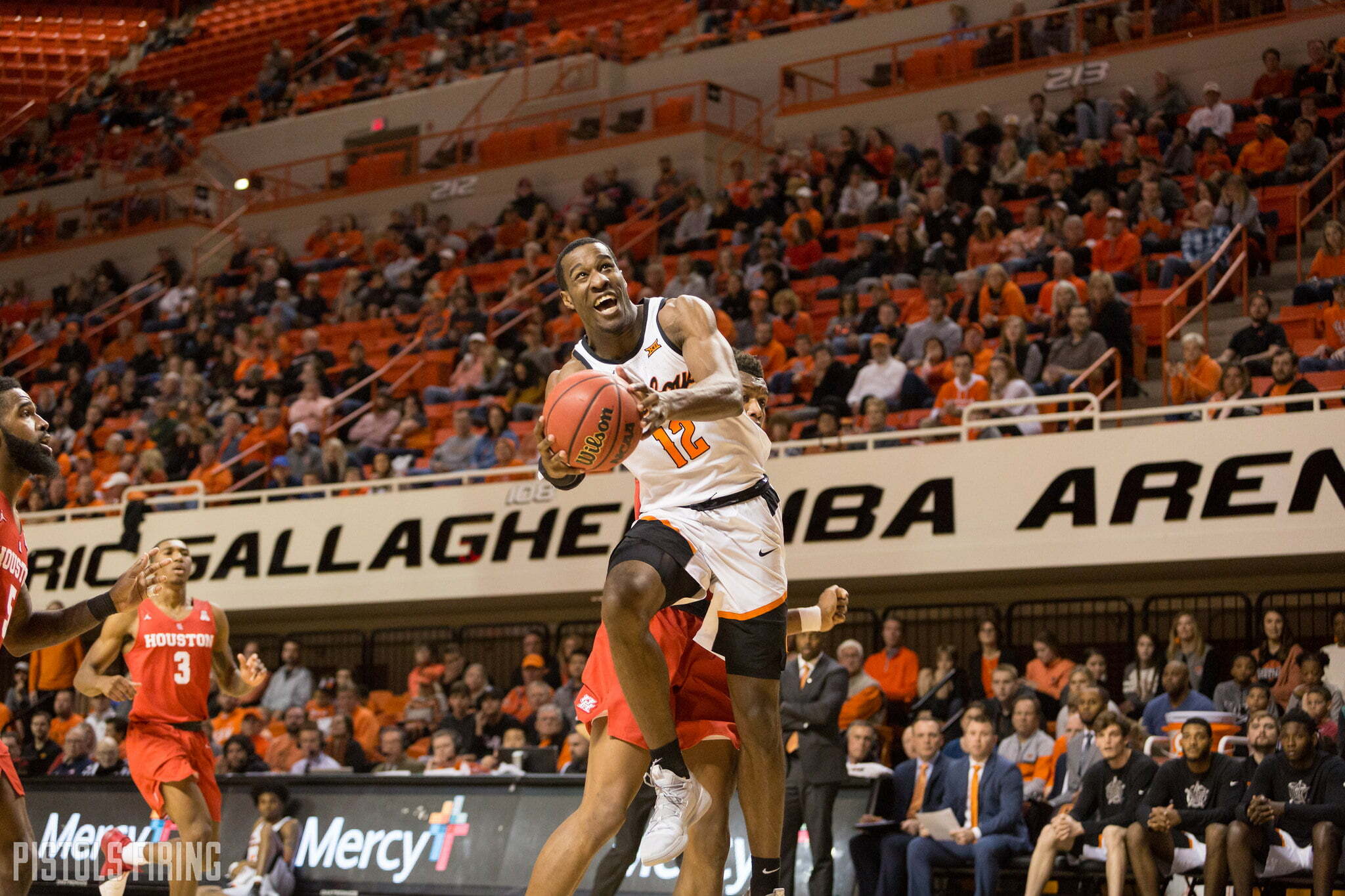 There has been a lot said of the adjustments OSU’s six freshmen have had to make, but the Cowboys’ veterans have had to adjust to their new roles, as well.

Last season, Lindy Waters and Cam McGriff ranked fourth and sixth, respectively, on OSU in scoring averages. So far this season, McGriff leads the Cowboys with 12.7 points per game, and Waters is second with 12.2 points a game. So, while the pair of juniors have collegiate experience, this is the first time they’ve been called on as primary scorers since high school

“It’s a pretty natural thing,” Boynton said. “It’s kinda hard to quantify how hard that adjustment is. You go from being a guy who can kinda score without people noticing. You jump up at West Virginia and get 20, and people be like, ‘Oh, man, Cam McGriff got 20 in Morgantown.’ Then, you’re expected to get 20, and the other team is trying to stop you from getting 20, and it’s a totally different approach.”

Boynton said McGriff needs to take pressure off himself offensively, as he isn’t a guy who is going to be as successful in isolation as he is in creating effort-based opportunities. In the Cowboys game against Nebraska, McGriff scored the opening bucket and then didn’t score again.

“Whatever success we have, he’s gonna be a big part of it,” Boynton said. “We can’t have too many nights where he scores the first basket of the game and is gone the rest of the way and we’re gonna be able to win. … It’s really the only thing he didn’t do well the other day. He still got 10 rebounds, five offense, so it’s hard because you look down, and I love those other guys, they’re not ready to go help him yet. We gotta help him figure it out through the game, and that’s OK.”

Boynton pointed out the difficulties of this process aren’t unique to McGriff and Waters. It’s something that Jeffrey Carroll took some time getting used to last season and Leyton Hammonds the season before. Carroll and Hammonds were seniors those seasons. Boynton said it was also something he had to do as a player. In his junior season, Boynton scored about three points a game. That jumped to 10 his senior season.

McGriff and Waters have proven capable. McGriff scored 28 points against LSU, the Cowboys most impressive victory of the season. Waters matched his career-high 18 points against Minnesota on Nov. 30. Waters has scored 10+ in all but two of OSU’s games this season.

“That transition is difficult from going from being a third maybe even fourth option most nights and jumping up and getting 18 unexpectedly to being, ‘Hey, you might have to take 18 shots today,’ which isn’t always easy to understand or to accept because sometimes you feel like as a player it’s not necessarily what I do,” Boynton said. “It’s time. It’s time for him and Cam to do that and take the share of the shots and be more productive players for us on a night-to-night basis.”