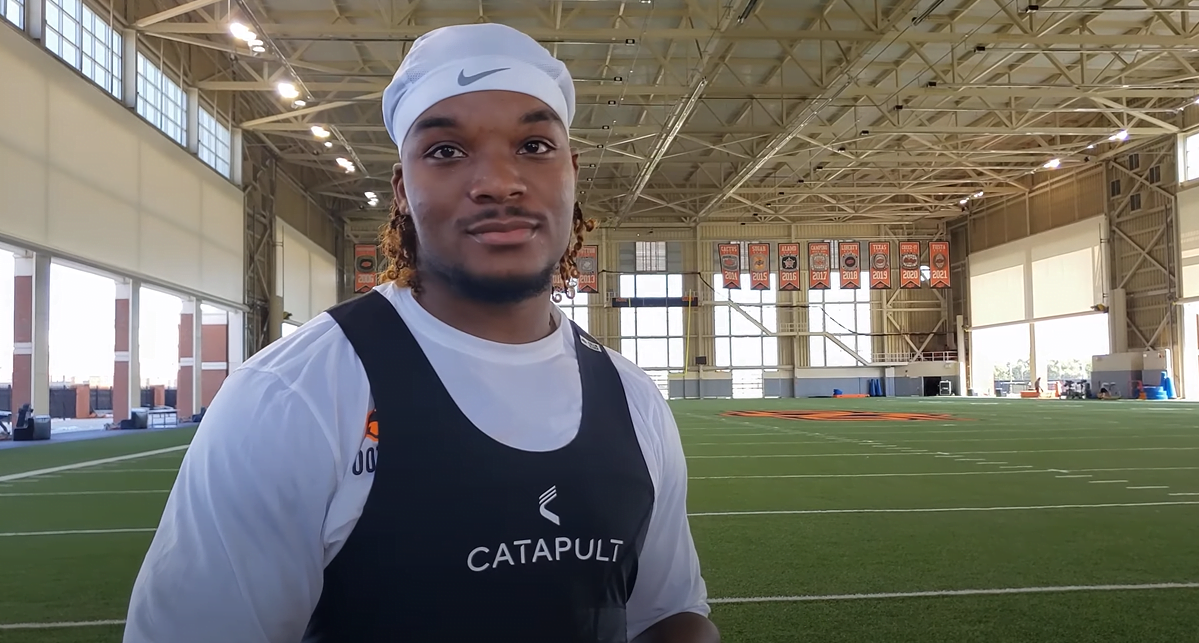 STILLWATER — The Cowboys’ defensive line is only getting scarier and scarier.

Oklahoma State already returns four of its five leading sackers from last season, a team that led the country in sacks … and OSU will get Trace Ford back after the highly touted edge rusher missed all of last season … and after leading the team in sacks as a true freshman in 2021, Collin Oliver has apparently gained 25 pounds.

Oliver had 11.5 sacks, which ranked in the Top 15 nationally, a year removed from roaming the halls at Edmond Santa Fe High School. He won the Big 12’s Defensive Freshman of the Year and was a finalist for the FWAA’s National Freshman of the Year. This preseason, he is on essentially every applicable watch list.

The term “sophomore slump” is a saying for a reason, but Oliver said his mindset isn’t changing despite him being a more known commodity entering the this season.

“Same old, same old — last year I came in with an open mind, just going in to play football, and I’m going to do the same this year,” Oliver said. “I’m not holding myself to a higher standard. I’m just playing football.”

Ford, Oliver’s high school teammate, is coming off back-to-back knee injuries. He hasn’t played in a game since Dec. 12, 2020. But in 21 games at the college level, Ford has 51 total tackles, 7.5 sacks, 8.5 tackles for loss, three forced fumbles and an interception.

At Big 12 Media Days, Brock Martin (another star edge rusher the Cowboys’ have) said Ford has his quick first step back. Before the start of fall camp on Wednesday, OSU coach Mike Gundy said Ford is “full go.”

“Trace is a full go,” Gundy said. “Now, we’ll protect him in practice. We’ll let him go through individuals for three or four days and then the next two or three or four days we’ll put him in some individual-contact stuff. And then when we get a couple weeks out from the first game, we’ll throw him in the team concepts.”

Ford and Oliver haven’t shared a field since their days as Timberwolves because of Ford’s injury. Oliver said he caught himself smiling watching Ford practice thinking of playing with his friend again.

With Oliver, Ford, Martin, Tyler Lacy and more, the Cowboys have so many rushers they could use in 2022, one could worry how OSU defensive coordinator Derek Mason gets them all on the field. Without giving away any state secrets, Oliver said there are ways it can happen.

“There’s definitely ways that we’re gonna do that,” Oliver said. “Tricky ways and ways offenses probably can’t handle. There’s gonna be a way out there. You’re gonna see a lot of us on the field at the same time.”