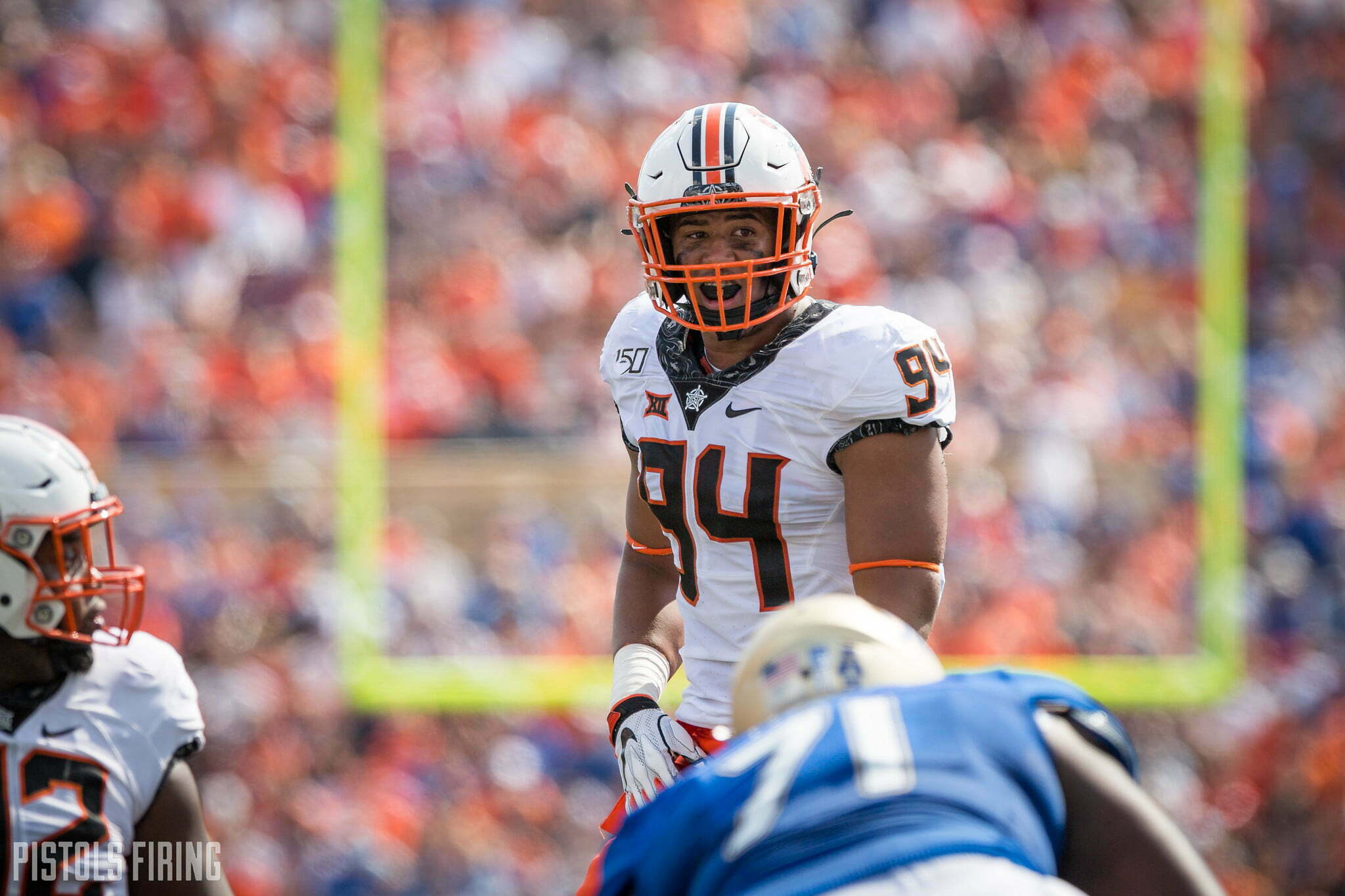 When Oklahoma State hosts Central Michigan on Sept. 1, it will have been 629 days since Trace Ford recorded a tackle.

Entering his redshirt junior season after a series of knee injuries, Ford made an instant impact when he stepped on campus in 2019, recording 29 tackles, four tackles for loss, three sacks, an interception and a forced fumble as a true freshman. He had another 4.5 sacks as a sophomore before getting injured against Baylor in 2020 in Waco, and he hasn’t played since.

Ford was limited in spring ball, but OSU coach Mike Gundy said Ford should be “full speed” by fall camp, which starts Aug. 3. And according to Ford’s teammates who have been with him this offseason, Ford’s full speed is coming along nicely.

“He looks good,” redshirt senior defensive end Brock Martin said at Big 12 Media Days. “Metobolics, he looks great. He’s finally got his step back. I always talked about how quick his first step was and now I saw it again for the first time in a really long time. I’m really excited for him.”

Ford will rejoin OSU’s “LEO” defensive ends alongside Martin and Collin Oliver, who combined for 20.5 sacks in 2021. Ford is listed on OSU’s 2020 roster at 240 pounds after being listed at 227 as a freshman. And it doesn’t appear to be the type of weight that Ford let himself go over his injuries.

Not only a menace in the pass rush, Ford also has an innate ability to bat balls out of the air. Along with his interception in 2019, he had five pass breakups. That’s the same amount AJ Green had that season. Green is now an NFL corner.

As OSU tries to reload at linebacker and in the secondary, new defensive coordinator Derek Mason ought to have an embarrassment of riches along the defensive front. And after 629 days of rehab, Ford ought to only add to that.