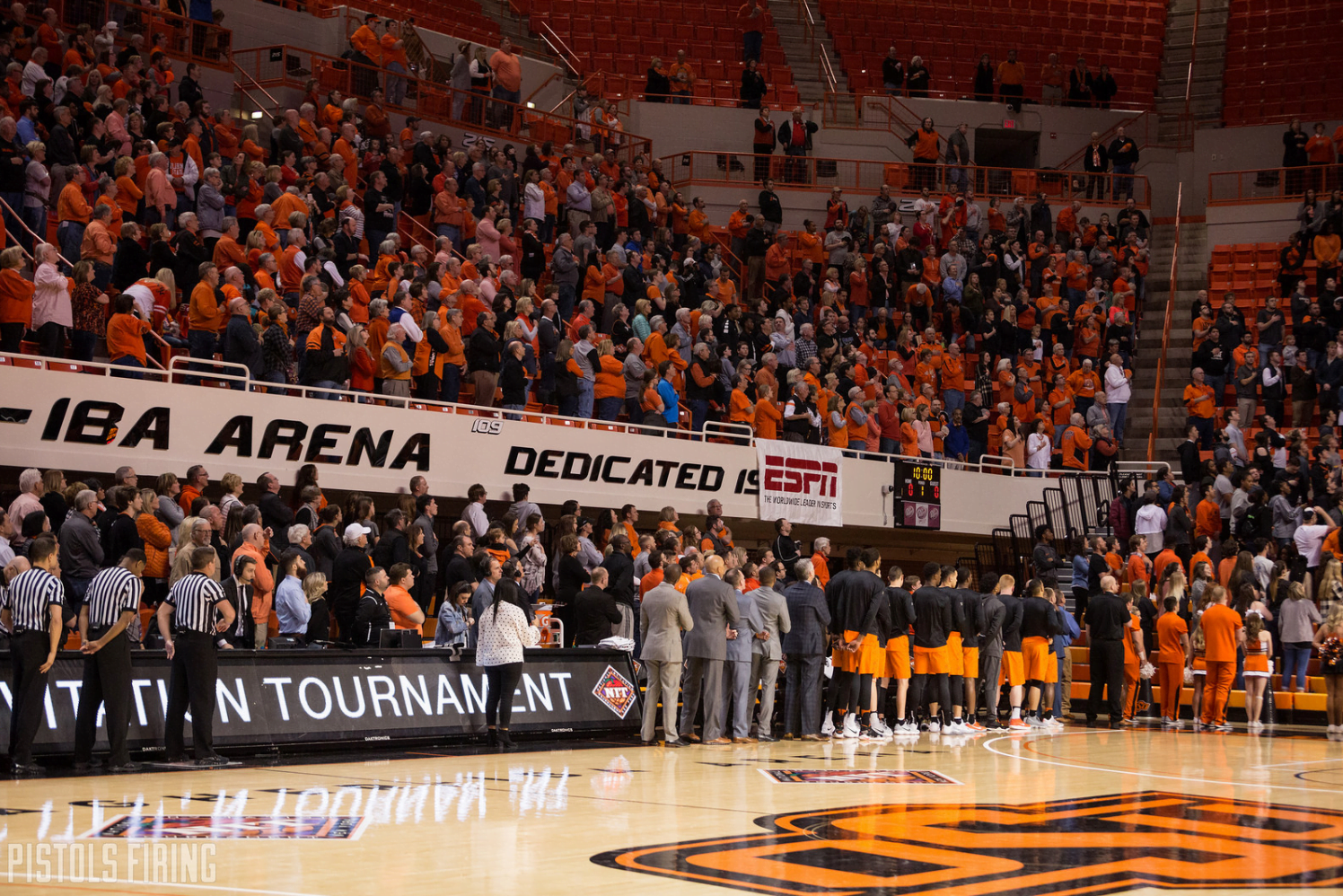 Kelvin Sampson brings his 7-0 Houston team to GIA on Saturday to take on Mike Boynton and the 4-4 Oklahoma State Cowboys. It’s a pretty great throwback to yesteryear and the wars Sampson and Eddie Sutton engaged in under that roof.

I got a tremendous reader email from somebody who “lived in that world” and has some thoughts on Sampson, the Pokes and the two decades that have passed since that game.

There’s “real hate” and “sports hate,” and sometimes we get the two confused. I attended OSU in the late 90s and I hated Kelvin Sampson. HATED. That stupid blue shirt, the way he put his hands on his head to protest a call, and most of all his teams scored some wins against Eddie’s boys.

I was one of the many booing myself hoarse — with a specially reserved level of vitriol — towards ‘Calvin Simpson.’ And when they came to GIA and had to pull out the placards because their players couldn’t hear the bench from the court? It was beyond great — it was cathartic. We had gotten to him! I hated Kelvin. I would not have gotten into an elevator with that man.

Then … the plane crashed. And he was such a gentleman. No, more than that. He mourned with us, and supported us, and when his team wore the orange shirts during a Bedlam pre-game I was genuinely moved. I,  (we) called that man everything but a child of God, but when we were at our lowest he was sympathetic and kind.

My dad died a few years ago and I remember every person that brought food to the wake, or stopped by to comfort my Mom. It’s something more than being grateful, it’s being thankful in your heart that someone was caring when you were at your lowest. That’s how I think of Kelvin.

I live far away and won’t be at the game this weekend. I hope Mike beats him by a hundred, and I would love to boo him for old time’s sake. But before the game I’d like to applaud him and yell “welcome back.” I can’t even sports hate him anymore. I hope you write something on your site remembering the compassion he showed after the crash. He has a good heart under those ugly blue shirts. -Tom B.

I couldn’t find any Sampson quotes from that game, but I did find this excerpt from the Oklahoman’s archives.

During pregame warmups, Oklahoma wore orange T-shirts honoring the 10 members of the Oklahoma State program who died in the Jan. 27 plane crash. The gesture was greeted with loud applause. OU players took off the shirts and handed them to people in the crowd. During pregame introductions, the Sooners were applauded, not booed. [NewsOK]