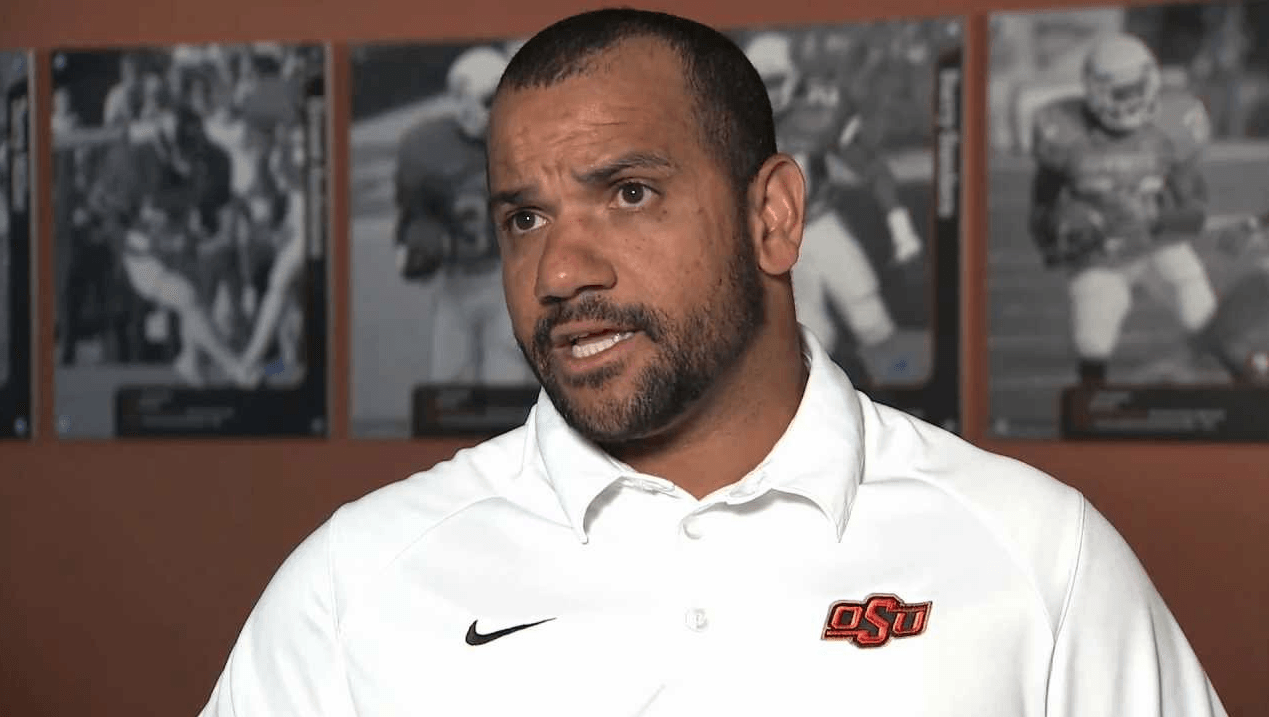 On Wednesday it was announced that Jemal Singleton would be taking his talents to Fayetteville for a similar position and something like $30,000 more.

For Singleton that amounts to about a 10 percent pay raise.

Just wanted to say thank you to all the friends we made at Oklahoma State. Stillwater will have a place in my heart.

This clearly isn’t a Jemal Singleton problem, though. He’s just the latest in a looooong line of OSU assistants who have exited stage right under Mike Gundy.

So what’s the deal here? Does Mike Gundy have a problem retaining good coaches?[1. The thread on the tweet from Pokelahoma, by the way, (which you can read here) is pretty interesting.]

Im now of the belief we have something internally wrong. Art freaking Briles and baylor have lost like three people total.

I don’t think he does. OSU pays its assistants well compared to the rest of the league and has been a launching pad into big-time jobs across the country.

Here’s the reality that none of really wants to admit: Nobody who works at OSU loves OSU as much as fans love OSU.

You want to pay me $30K more to come do what I’m doing here and I’ll have an easier time recruiting? Sure, I’m in!

This goes for players, coaches and probably a lot of administration as well. Think about any perceived “cool company” you’ve worked at. People oooh and ahhh at you work but to the person working there it’s still just work.

I used to work for the Houston Astros during college and I got the same reaction every time I told somebody “holy cow, that’s awesome!”

Nope. I still have to answer email, go to meetings and work on projects just like you do.

“After meeting with Coach Bielema, Mr. Long and the rest of the Razorback football staff, I knew that this was something I wanted to be a part of,” said Singleton on Wednesday.

“It was just the perfect fit, both on and off the field. The opportunity to coordinate special teams and work with two returning 1,000 yard rushers was icing on the cake.  My family and I cannot wait to join this great institution and community. I look forward to helping the University of Arkansas win an SEC championship.”

Here’s the interesting thing — I think Oklahoma State as a whole has been far greater than the sum of its parts over the past decade.

You can call that Gundy Magic or whatever you want to call it but this program has been really strong nationally for a while now and a lot of times it’s been an amalgamation of discarded parts and mismatched misfits (see: Weeden2Blackmon).

I think coaches know this and have parlayed OSU’s national success into better jobs and more money. I’m not sure that’s what Singleton is doing — Travis Haney ranked Arkansas as the 22nd-best job in the country compared to OSU at No. 25 — but look at others who have gone on to become head coaches.

All were successful at OSU — all have struggled at other spots.

To me, coaches leaving is the sign of a healthy program because of the lack of loyalty to programs in general around the nation.

Obviously there are a million other factors that weigh in, too.

Maybe Singleton (or Bob Connelly) had relatives in Arkansas (or Southern California) or maybe their wives prefer Piggly Wiggly to Albertson’s or any number of factors.

But the fact is, Mike Gundy is bringing in good coaches and they’re using OSU’s success to get better jobs (whether in pay or title) and that, though it creates short-term headaches for the Hooded One, is ultimately a good thing.

Also, we’ll always have this.