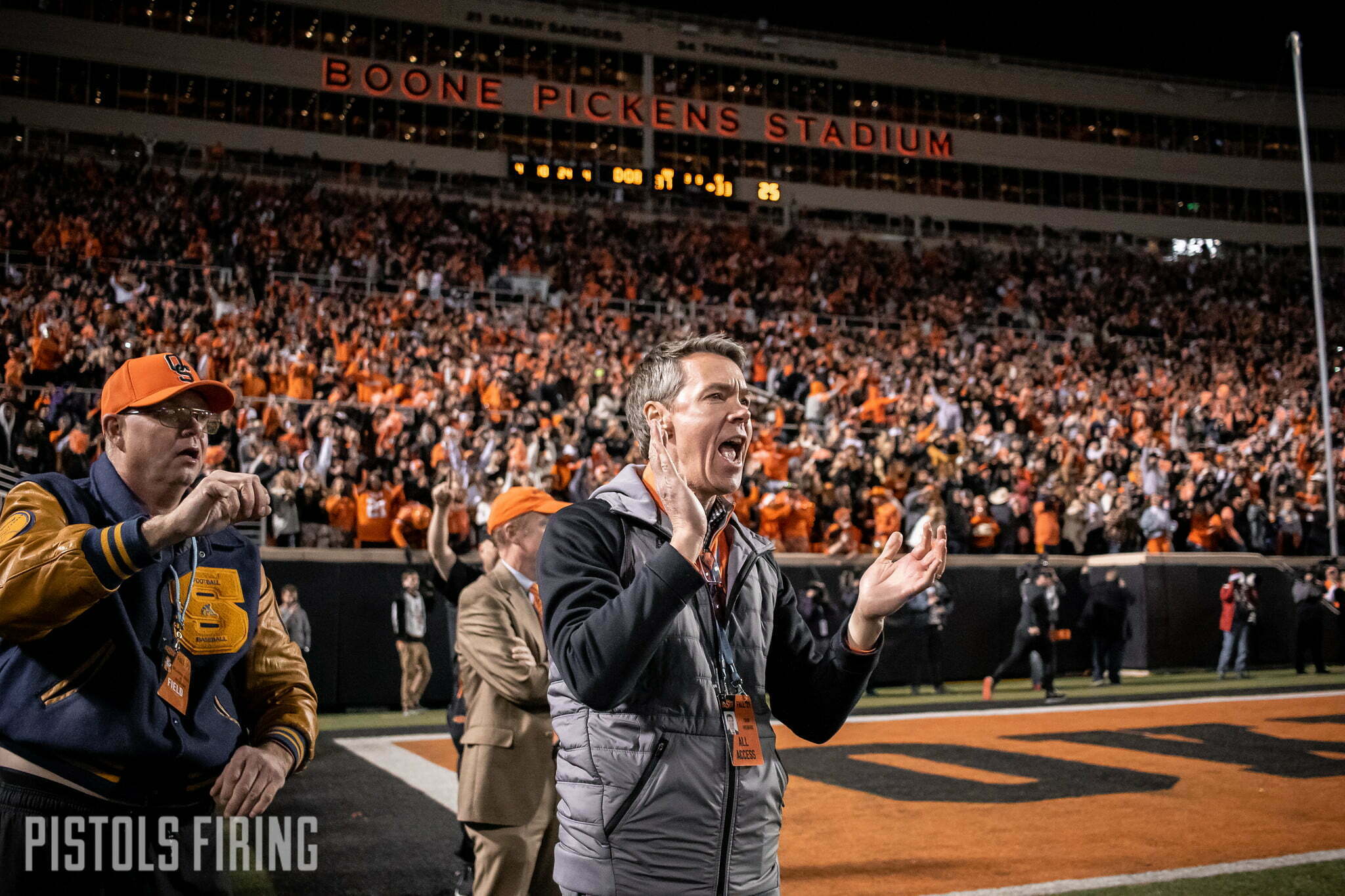 At the Oklahoma State’s wrestling media availability Wednesday, John Smith inadvertently talked about the next “Bout at the Ballpark,” where Oklahoma State will return to Arlington on Feb. 3 to wrestle the returning NCAA runner-up Michigan.

“Our fans can get to it if they want to, we’ve obviously got a huge alumni base in Texas plus all of the kids wrestling in high school down there. … It’s just growing the fan base. We’re just trying to find the right way to build that presence down there. That’s what that’s about.

The counter to that argument I often hear is it takes a match out of Gallagher-Iba. And in the case of last year with Iowa, that’s a legitimate point. Weiberg’s sentiment on this subject is accurate, though. I’ve done freelance work for WrestlingTexas and lived/worked in El Paso in 2021. El Paso is far west Texas and a little different environment than Dallas or other areas, but I was able to get a pretty good feel for wrestling in Texas in that process. The wrestling itself in Texas is a bit less polished than what you see in Oklahoma. It’s only been sanctioned at the high school level since 1998, whereas Oklahoma has had the sport dating back generations. But participation numbers in the sport in Texas are high. There are simply a lot more people, more kids, and therefore more wrestlers in the state. And I can say based on my experience that they are a passionate group of kids and parents.

That does create a real opportunity for Oklahoma State. If you can capture that growing group as fans of your program it can have an exponential impact. Just having them as generic fans that follow the program certainly helps, but you can even extend that out to potential future students that will attend the school and become alumni. It’s difficult to capture that wrestling only in Oklahoma.

My opinion, for whatever it’s worth, is to simply do it with a nontraditional rival. I don’t love the idea that we missed an Iowa home dual last season, and I wouldn’t want to see Bedlam, Missouri, Iowa State, etc. as part of this. But scheduling a big name that we don’t see OSU wrestle every year like Michigan? I’m all in. And there are a number of other strong programs you could get involved with this most seasons.

But there’s no doubt that Oklahoma State has a brand in wrestling, and Weiberg is right that the school needs to find a way to market that brand.

“[OSU] Wrestling is the most successful program in any college sport. … We got to figure out how to tell that story.”