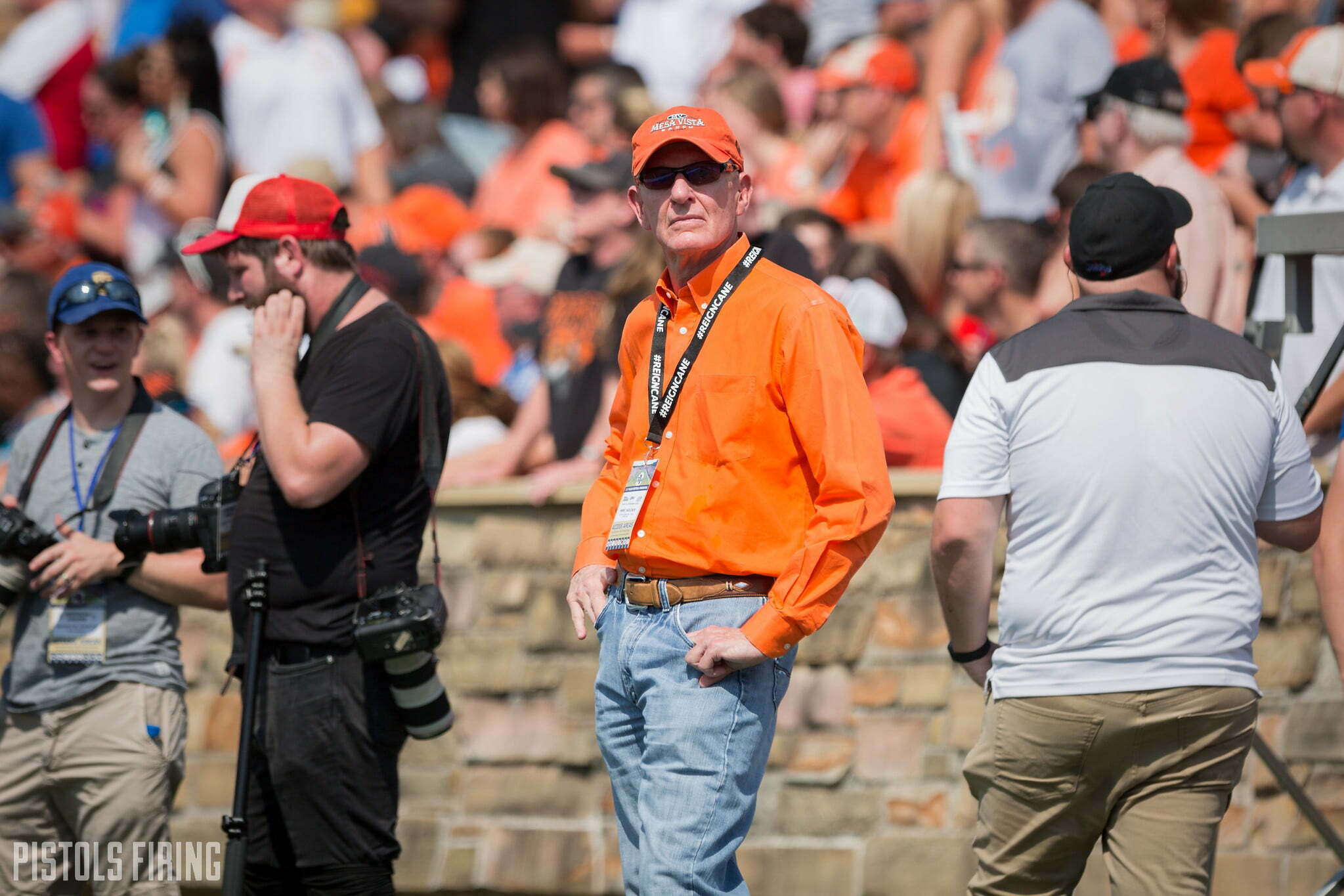 A few months ago I interviewed OSU athletic director Mike Holder on the plans he has for a new wrestling practice facility outside Gallagher-Iba Arena.

Most of the interview revolved around that topic, but I was curious about his thoughts on the ESPN+ deal with the Big 12 and OSU. Specifically because one of the main sports it impacts is wrestling. In recent years OSU has had a wrestling rights agreement with Flo, and now that agreement is with ESPN+.

Now that much of the fan base has become more aware of this deal as OSU will play Kansas State on Saturday on the platform, I thought it would be relevant to share some of Holder’s comments. Keep in mind that this interview was more focused on wrestling as the topic and not the overall ESPN+ platform, but Holder provides some great insight.

We should note that he obviously did not have the information that OSU-Kansas State would be on ESPN+ because this interview took place long before that announcement. Before we get into Holder’s comments, here’s what Kevin Klintworth said about the move of that game to ESPN+ earlier this week.

The game was part of a preseason pool of ESPN-owned games. ESPN and the Big 12 later collaborated to place the game on the service. ESPN informed the university last week it remained a possibility. Monday, it became reality. There is no guarantee, but the belief around OSU is this will be the final football game on ESPN+ this season.

“It is different than what we messaged all summer,” OSU senior associate athletic director Kevin Klintworth told The Oklahoman. “We realize that and we realize that’s probably an inconvenience for people. We’re hoping that it’s a short-term speed bump that leads to a bigger product for the Big 12.” [NewsOK]

Here’s the Q&A with Holder.

Seth Duckworth: This is a bit unrelated to the facilities, but on the ESPN+ deal with the Big 12, wrestling is one of the main sports that will now be on ESPN+. What are your thoughts? Is it good is it bad?

Mike Holder: It’s great! I’m a fan of FloWrestling, but this will be great. The great thing about ESPN+ is it will have a menu. You will be able to get in there and click on the Oklahoma State icon (I haven’t seen it yet, but this is what I think will happen) and it will show you what you can watch.

You can have multiple events going on at the same time, where if you have a Big 12 channel you can only put one event up in any window. With this, you can have 15 events in any window, if you have the capabilities. We’ll get control of our game time for those games that fall under ESPN+, we won’t be under the mercy of the networks, that will be better.

Seth Duckworth: With wrestling being a bit of a niche sport, wrestling fans are always sort of concerned with driving fans in and the sport growing and getting it on bigger platforms. There have been a few duals on the regular ESPN networks recently, will this create more of that?

Seth Duckworth: Is the concept that OSU will be producing it and it will just be streamed on the ESPN+ platform?

Mike Holder: Not all. Basketball will probably be produced by either ESPN or Fox, our football game that falls under that will usually fall to ESPN or Fox, that’s the member-retained game, so we’ll put it on ESPN+. Events like wrestling, they’re really not normally picked up. We’ll have the ability, or the option, to produce every single match and put it on ESPN+ if we can afford the production costs.

Seth Duckworth: In the world of athletic finance, does the money it costs OSU to produce these events even pay for itself?

Mike Holder: The great news about ESPN+ is the exposure, the bad news is we don’t get any revenue off of it. So it’s the obligation of the institution to pay for the production costs for the majority of the content. And then we get a platform to put it out on. Anywhere in the world can access ESPN+.

Seth Duckworth: So it’s more about your branding than say the actual revenue you bring in?

Seth Duckworth: I’d imagine that’s a positive from that angle. Most kids grow up wanting to see themselves on ESPN.

Mike Holder: Well it’s inexpensive. It’s $4.99 a month and you get a lot more content than just what we’re talking about. UFC’s on there, there’s going to be all kinds of content you can pay for and access. Any school in the Big 12 you can get on there except for OU and Texas. The rest of them you can.

At this point in the interview we went back to our wrestling facilities discussion. I omitted it from the original story as my main focus was to learn and share more on that. I planned to put this out closer to wrestling season, but with the buzz surrounding the Kansas State game I thought this might be a good time to release it.