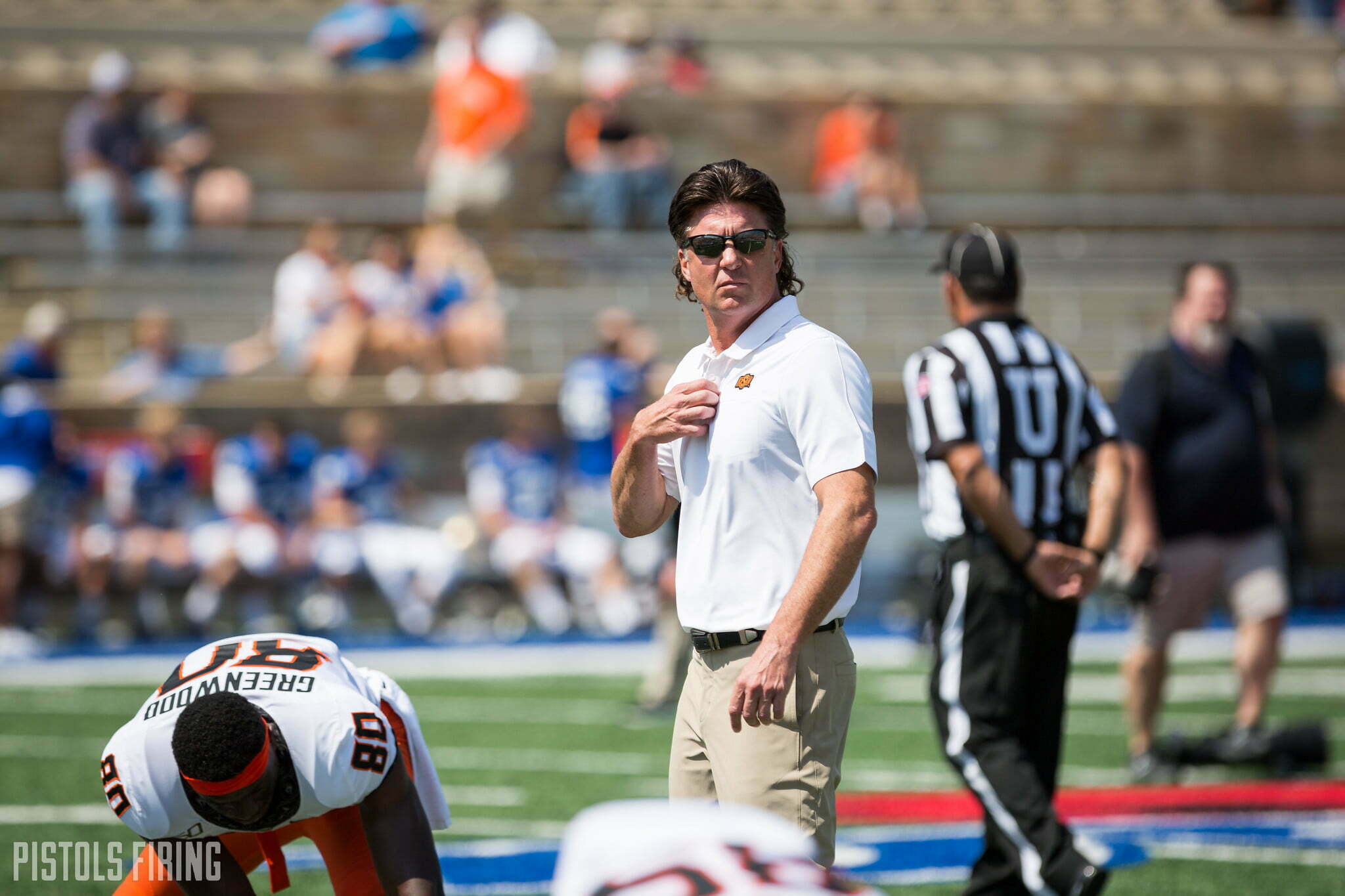 Monday morning, Mike Gundy said his team had no active COVID cases, and Oklahoma State confirmed that this afternoon.

After having seven active cases within the football program last week, the Cowboys have worked that number down to zero.

OSU’s sports teams have 11 active cases (down eight from last week) with four of those cases being on the soccer team, none on the cross-country teams and seven in the “all other sports” category.

Gundy has continued to praise Dr. Val Gene Iven and the rest of OSU’s medical personnel for their handling of the virus within the football program, and it seems as if the same can be said for the rest of OSU’s athletic teams.

“I was just very proud of our medical staff,” Gundy said Monday. “As I continued to mention Doc Iven and the people, Scott Parker and John Stemm, in our building, there were times I disagreed with them, and they told me what we need to do, they were right. They were dead on. For that reason, we’ve contributed to elimination in our bubble, for lack of a better term, of the virus. At this point, we’re sitting here at zero. Their plan worked, and it was flawless.”