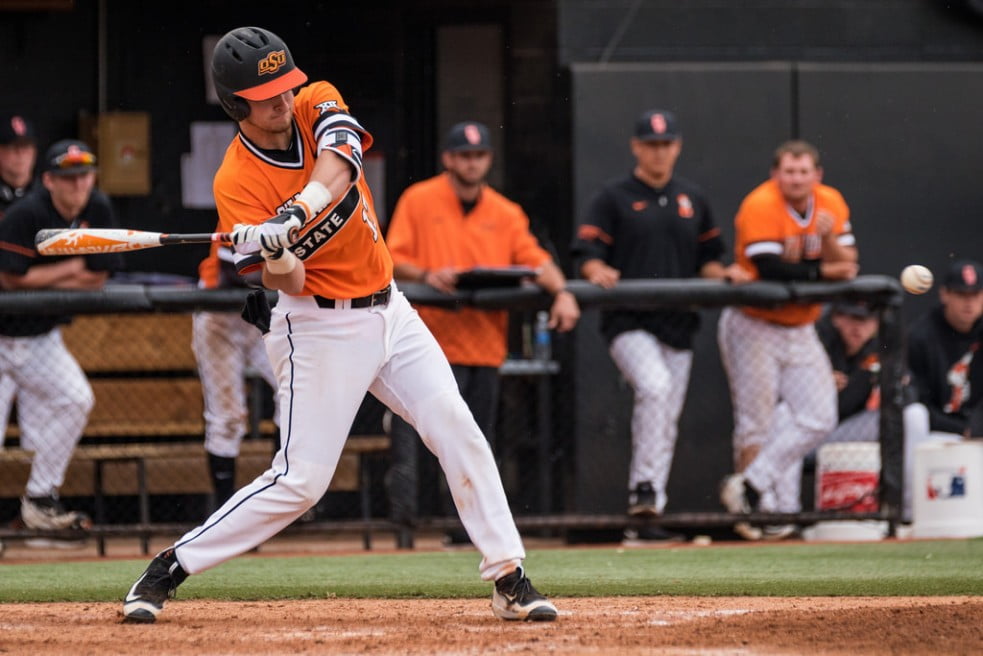 After losing two of three to the Longhorns in Austin, Oklahoma State sat at 11-10-1 and 1-2 in Big 12 play. The Cowboys have since rattled off four-straight wins and look to make it a fifth on Wednesday night, thanks to some hot hitting from senior outfielder Jon Littell.

On Tuesday, Littell was named National Hitter of the Week by the National Collegiate Baseball Writers Association for the period of March 26 – April 1.

In those four games, Littell went 9 of 15 (.600) with three doubles, two triples and four RBIs, which also earned him Big 12 Player of the Week honors.

And it wasn’t just Littell who’s bat heated up. The Cowboys scored at least 7 runs in all four games, starting with a 7-1 thumping of Oklahoma followed by the Pokes’ first ever three-game Big 12 sweep of No. 18 TCU.

Carson McCusker was also recognized as the Big 12 Newcomer of the Week after the first-year Cowboy homered twice — once in each game — during OSU’s doubleheader against TCU on Saturday.

The Cowboys now sit at 15-10-1 and are third in the Big 12 standings at 4-2. On Wednesday night, the Pokes are at Wichita State to face the Shockers at 6 p.m. at Eck Stadium. The matchup will be aired on ESPN3.