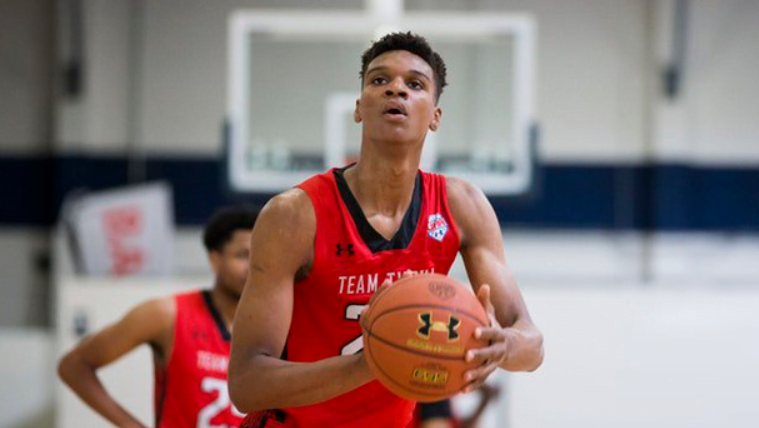 Duke, OK State and Oregon are expected in tonight for five-star junior Isaiah Todd. We discussed his ongoing recruitment and a potential reclassification yesterdayhttps://t.co/9mLgARXURO

As you can see from the tweet above, members of Duke and Oregon’s coaching staff are also in to see the talented Virginia product as well.

The big news of late concerning Todd is that he is considering reclassifying from the 2020 recruiting class to 2019. Evans provides more detail on his reclassification in his post from yesterday.

“It is a 50-50 bet that Isaiah Todd will reclassify a year up. We broke the news last month that the five-star junior and his family were searching the proper avenues that would enable Todd to receive the proper test scores and credits so that he could make such a leap. If he does, do not expect for a decision to be officially made until at least the spring, as he will definitely be playing on the travel circuit this summer.” [Rivals.com]

Evans also notes that he believes the schools that are in the best spot to land the skilled forward are Kentucky, Maryland, North Carolina and Oklahoma State.  Todd doesn’t yet hold an offer from Coach Cal and the Wildcats, but there have been rumblings that UK is very interested in the five-star prospect.

OSU’s staff was just recently in to see Todd about a week ago, so it sounds like they are coming after him had with another visit so quickly. He’s cited his relationship with Cowboy assistant David Kontaxis, who has east coach AAU ties, as one of the main reasons he’s considering OSU. In addition, he thinks Mike Boynton is “a wonderful coach”.

If you haven’t read much about Todd, or what his signing would mean for OSU moving forward, you should check out Kyle Porter’s post from a few days ago. He’s a 6-10, 195-pounder who can do it all. He has moves in the post, rebounds and can block shots as you’d expect from a big man.

But, he can also knock down perimeter shots, and can take the ball the length of the floor himself like you see in the following clip.

I think Todd ultimately lands outside of Stillwater, probably at UNC, but do I think Boynton and the Pokes have a realistic shot.