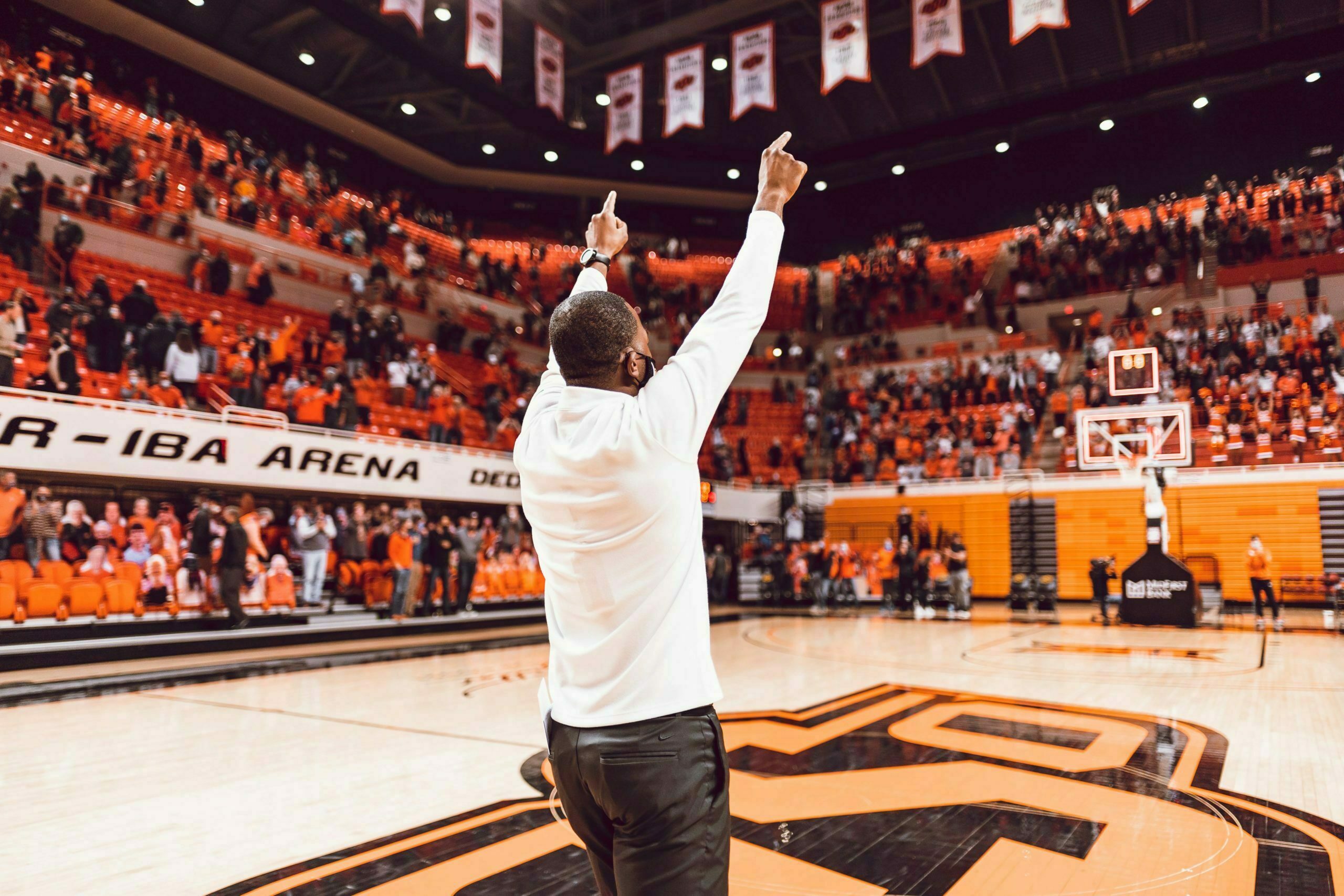 From Kendall Smith to most recently Ferron Flavors and Bryce Williams, Mike Boynton hasn’t been afraid to test the transfer market.

Oklahoma State doesn’t have a commit in its 2021 class, but there will be room available for Boynton to add a piece or two.

Ferron Flavors started filing paperwork to reenter the transfer portal this week, and OSU expected lose Cade Cunningham to the NBA Draft. That would clear two spots, and Bryce Williams still has to decide whether he is returning for an extra year. Then it’s uncertain whether former walk-on Dee Mitchell will remain on scholarship next season.

With many of the 2021 high schoolers being committed to programs by now, the most likely area for Boynton to add this offseason looks like the transfer portal. Here are six guys OSU fans should keep an eye on.

Size was an issue for OSU at times last season, but it’s not an issue for 7-foot-1, 245-pound Walker Kessler.

Kessler recently finished his freshman season at North Carolina, where the perennial blue blood struggled to an 8 seed in the NCAA Tournament. Kessler played just 8.7 minutes a game for the Tarheels and averaged 4.4 points and 3.2 rebounds a contest.

He announced his intentions to enter the transfer portal Monday, and his tweet was quickly greeted with OSU guard Rondel Walker replying “Slide 👀” and Bryce Williams responding “On me.”

Kessler was a five-star prospect in the 2020 class out of Georgia. He was the No. 22 player in the class, per the composite rankings, and chose UNC over offers from Duke, Gonzaga, Illinois, Michigan, Florida and others.

Fletcher played in just nine games with the Wildcats this season. John Calipari asked Fletcher to step away from the team in December after Fletcher had an emotional outburst on the bench during Kentucky’s loss to North Carolina. He played just eight minutes after the turn of the calendar.

Despite that issue, Fletcher is a talented hooper. He entered Kentucky as the No. 70 player in the 2020 class, picking the Wildcats over offers from Kansas, North Carolina, Michigan State, Alabama, Arkansas, Ohio State, Illinois and others.

OSU has reached out to Fletcher since he entered the portal, according to Tipton Edits and Jake Weingarten. Other programs that have reached out are USC, UCLA, Florida State, Tennessee and others.

Justin Powell played in just 10 games during his freshman season after a serious concussion shortened it.

Powell was good in his limited action, averaging 11.7 points, 6.1 rebounds and 4.7 assists a contest. He scored 26 points in back-to-back games against South Alabama and Memphis in December.

Powell is a guy who could spread the floor for the Cowboys, something the Pokes need. He shot 44% from 3 this past season.

Powell was the No. 185 player in the 2020 class out of Kentucky. Tipton Edits and Jake Weingarten reported earlier this month that OSU had made contact with Powell, along with Oklahoma, Kentucky, UCLA, Gonzaga, Arkansas and others.

Brown just finished his sophomore season at Georgia, but before he was a Bulldog, Brown took an official visit to Oklahoma State in March of 2019 alongside Isaiah Todd. Brown even had some national analysts predicting he would end up in Stillwater.

Brown has struggled to turn his four-star pedigree into success at the college level, though. He was the No. 70 prospect in the 2019 class, but through 48 games at Georgia, Brown has started just once and averaged 3.7 points and two rebounds a game.

There aren’t any new links that we’ve seen connecting Brown to OSU, but it will be interesting to see if OSU takes another shot at him.

Daniels just finished his junior season at Prairie View A&M, where he averaged 15.4 points and 6.1 rebounds a game. He also hit a ridiculous 46% of his 77 3-point attempts this season.

Since hitting the portal, Daniels told 247Sports’ Travis Branham that his coach has been in contact with Oklahoma State and Creighton about him, and that Daniels himself has spoken with Oregon State.

Jarrod West just finished his senior season at Marshall, a program in his native West Virginia.

Across the past two seasons, West averaged 13.5 points and 4.8 assists a game for the Thundering Herd. He also shot 41% from 3 this past season.

Per Weingarten, a boatload of programs have reached out to West since he entered the portal, one being OSU. Others schools in the mix include Louisville, Georgetown, Florida, Ohio State, Texas and Miami.