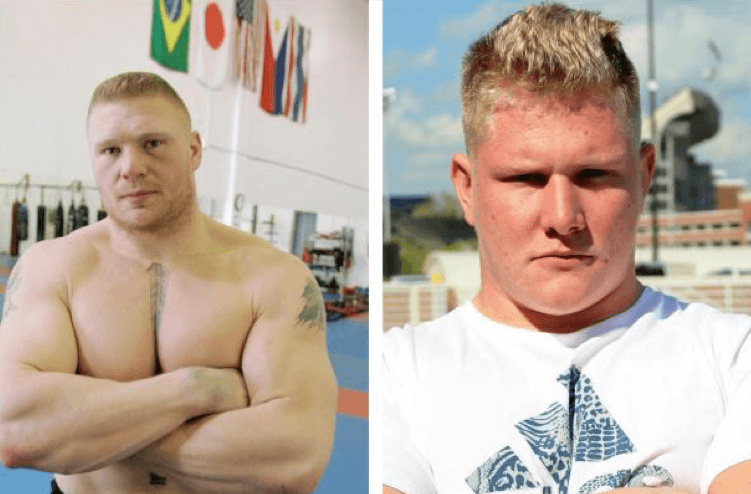 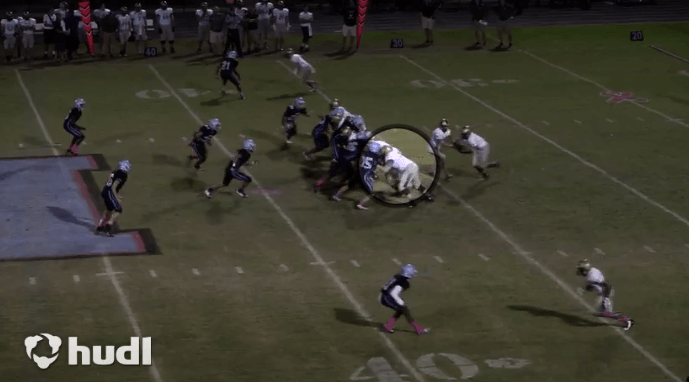 Parker Boudreaux showing off his stuff (via Hudl).

Boudreaux is a four-star offensive lineman with over 71 scholarship offers from schools like Notre Dame, Alabama, OU, Clemson, and even the UAB Blazers, who no longer have a football program.

Sure, there are high profile recruits around the nation.

In fact, Boudreaux is rated as the No. 302 prospect in the 2016 recruiting class. But not many recruits can stake the claim that they are near-twins with Brock Lesnar, professional wrestler with the WWE.

Boudreaux stands at 6’4 and 295 pounds, and has a similar mean streak on the football field that Lesnar shows in the WWE ring. As an offensive lineman with 71 offers, coaches seem to think he has elite potential.

While OSU has not been a landing spot for many top recruits, the Cowboys figure to be a strong contender to land the big man’s services.

“Best facilities I’ve seen so far,” he said about Oklahoma State to Damon Sayles of Bleacher Report. “They have awesome, really straight-up coaches. The culture around the program is pretty cool. The campus is beautiful, and everywhere is walkable.”

Greg Adkins, the offensive line coach who recently joined the staff, recruited Boudreaux along with the head man himself, Mike Gundy.

“They only took a couple of offensive linemen for the 2015 class (Thanks Josh Jones), so it is an amazing time to come in and play as a freshman,” Boudreaux said. “I really enjoyed my visit at OSU.”

This was not the first time he made a trip to Stillwater, and you can bet John Kolar and Nick Starkel will be crossing their toes it won’t be the last.

Take a peek at his highlights here…