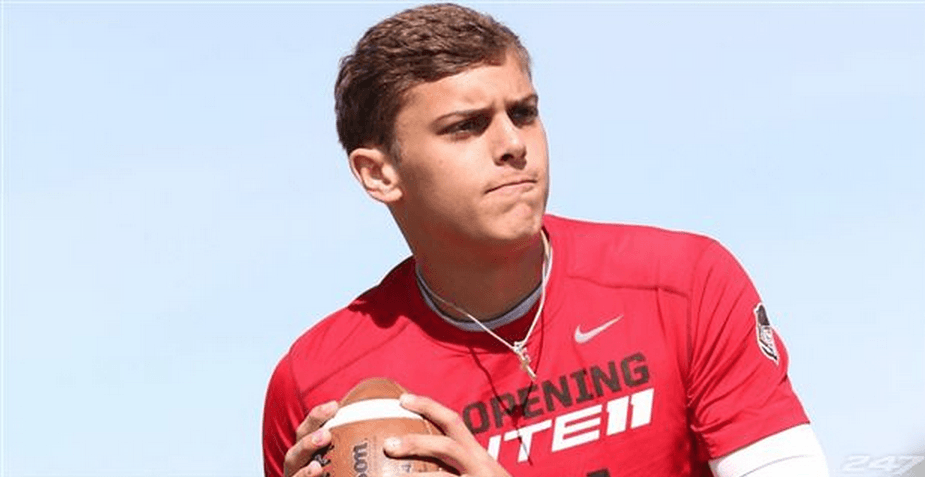 Oklahoma State landed its fourth commitment for the 2016 class on Thursday night, as quarterback Nick Starkel from Argyle (Texas) Liberty Christian announced his decision to commit to the Cowboys on twitter.

Honored to announce that I have officially committed to Oklahoma State!! God is GREAT and #GoPokes pic.twitter.com/dCBvqIRL7w

A three-star prospect by the 247Sports composite, Starkel’s first offer came from Oklahoma State. Other schools including Old Dominion, Indiana State, and Tulane also extended scholarship offers, and he received interest from several other schools in the Big 12.

Starkel is a 6-foot-3, 185-pound prospect from Argyle (Texas) Liberty Christian. Starkel was recently named the Dallas Rivals Camp Quarterback MVP, and also made a great impression at the Elite 11 camp in New Orleans.

This is the second consecutive year the Cowboys have extended a quarterback their first offer, and both quarterbacks committed shortly thereafter. (Kolar, 2015).

As a junior, Starkel threw for 1,609 yards to go with nine touchdowns.

Check out his highlight tape here: