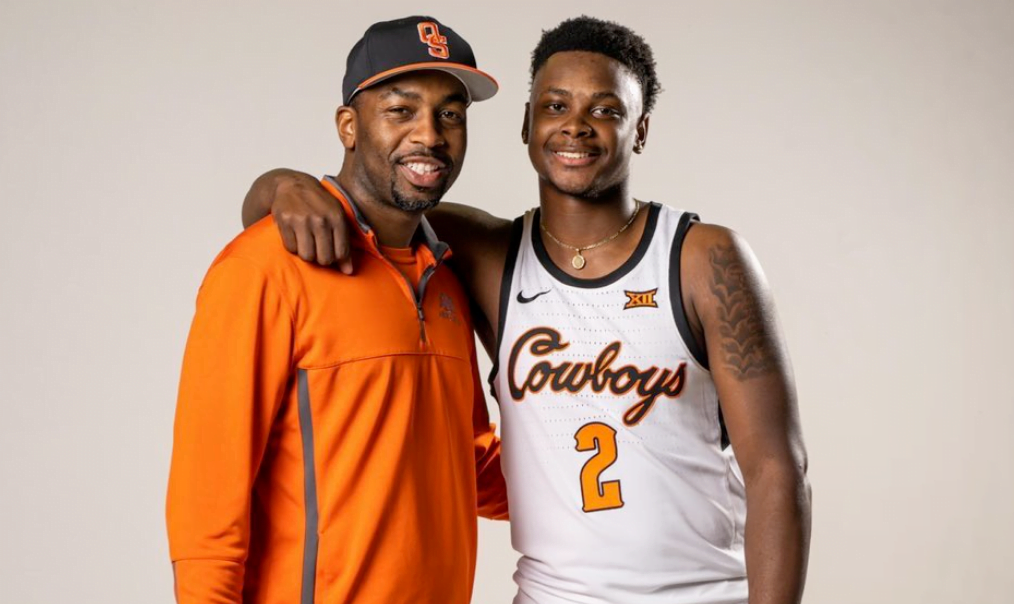 Harris announced his decision by unzipping his jacket to reveal a t-shirt with a picture of himself in a cursive Cowboys uniform, which I’ve been informed by a younger and cooler person than myself (Marshall Scott), “might be the most baller way one could commit to a program.”

Minutes later he spoke with local media, baller t-shirt and all, about what attracted him to OSU and how anticipates he can help the Cowboys.

“Coach Mike Boynton gave me another opportunity to play at the next level and I felt like he truly believed in me, and I had an opportunity to showcase my full potential, and I just felt like it was a great place,” Harris said.

Evan Daniels, 247Sports’ director of basketball recruiting, called Harris “one of the best pure scorers in the 2019 class.”

Harris talked about where he sees himself fitting it and how he can help the Cowboys next season.

Harris was originally committed to Texas A&M but was released from his letter of intent after the school and former head coach Billy Kennedy parted ways. He talked about the fit in Stillwater and how it was similar to what made him comfortable originally with College Station.

“It was a big decision because I felt like A&M was the place for me,” Harris said. “But coming in, after Coach Kennedy was resigned, I felt like I had to find another place just like A&M and Oklahoma State was that place.”

Harris’ commitment pushes Oklahoma State’s 2019 class up to No. 20 nationally according to 247Sports. He joins Marcus Watson, Avery Anderson, and brothers Kalib and Keylan Boone who have all signed their letters of intent. Harris can put ink to paper at any time as the regular signing period began a day before his announcement, April 17, and runs until May 15.