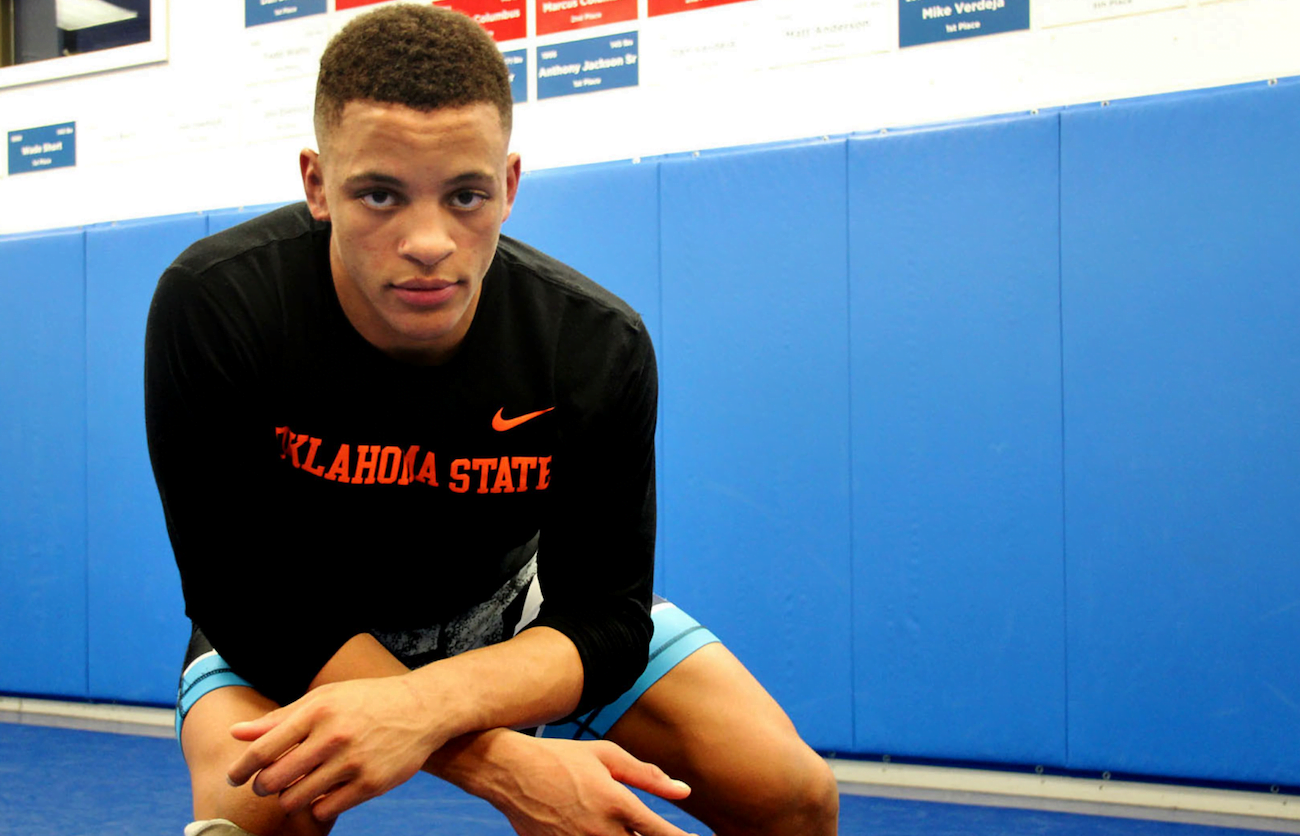 Last Saturday it was announced via Twitter that future Cowboy Daniel Greg Kerkvliet would be bumping up and wrestling World Champ and Minnesota commit Gable Steveson in the dual Friday between Simley and Apple Valley HS.

Cadet World Champion @DgKerkjr and I will be wrestling this upcoming Friday when our teams meet @ Simley high school. Don’t miss it.. ? #PacktheGym

After wrestling was almost dropped from the Olympics the sport of wrestling as a whole and people around it have really rallied to do what they can to grow it, promote it, market it, etc.

This was the first one of this caliber to happen on the HS level. I can’t say this with 100% certainty that 2 World Champs have never wrestled in a high school dual, but I couldn’t find anywhere that they have.

It’s apparent that Daniel is passionate about the sport, knows what it needs to grow, and is willing to step up to make it happen. Ultimately Kerkvliet was the one that had to make the weight jump, so to me it says a lot about his character and acumen when it comes to building his sport.

Gable Steveson is a Minnesota signee and the top recruit of this class. He is flat out incredible, a 3 time world champ and amazing athlete, he also weighs about 250-pounds to Kerkvliet’s 220. You know how high everyone’s expectations with Daton Fix are? Most have higher ones with Steveson. He’s a big dude and here’s him doing a running backflip with pretty much no effort. The kid’s incredible.

? This is the #1 ranked HEAVYWEIGHT in the country. Ladies and gentlemen: Gable Steveson pic.twitter.com/8Ehf9Jaj0J

Now to the actual match itself.

With Kerkvliet being so undersized he had an uphill climb on this, but he gave Steveson fits. He got to legs on some really good shots early and nearly finished a few. To me it was more Steveson’s size than anything that fended off Kerkvliet’s shots. There was one spot where Kerkvliet got in on a single and got Steveson’s leg up and Steveson used his athleticism to fend off the shot, when a 250 pound dude has his leg 6 feet in the air and in a split, but can avoid going down that’s pretty incredible. For the most part Kerkvliet just kept getting stuffed under by the bigger Steveson, he got in on shots though. I felt Kerkvliet was right there in it most of the match. He faded late after a lot of shot attempts and dealing with the size of Steveson gassed him out. He eventually gave up a third period TD, got a quick escape and dropped the match 3-2.

Kerkvliet has a big frame, bigger than Steveson. He’s taller, longer, and could easily close that gap in size if he tries. He’s only a high school junior, so he may just naturally grow a bit more, but even if he doesn’t he has the ability to fill out his frame also and put on another 20 or so pounds. My only fear here is he may not really want to put on that size. It’s better for him as a college wrestler, but with international stuff he may want to stay down at 97 KG to avoid fighting it out with Steveson for World team spots for the rest of his career. I have no idea what his intention is there, but hope he’ll go up in freestyle because that extra size will be better for him in college.

Kerkvliet is going to be a star at OSU. He’ll likely come in and start immediately as a true freshman with Derek White graduating next year. Fans should really look forward to seeing this kid in an Oklahoma State singlet. This could be wrestled again in the NCAA finals a few times.

If you have a FloWrestling account you can watch the match here. If you don’t, the video with his high school coach is great. Talks about his development, training, etc… and you don’t need an account to watch. You can find that here.