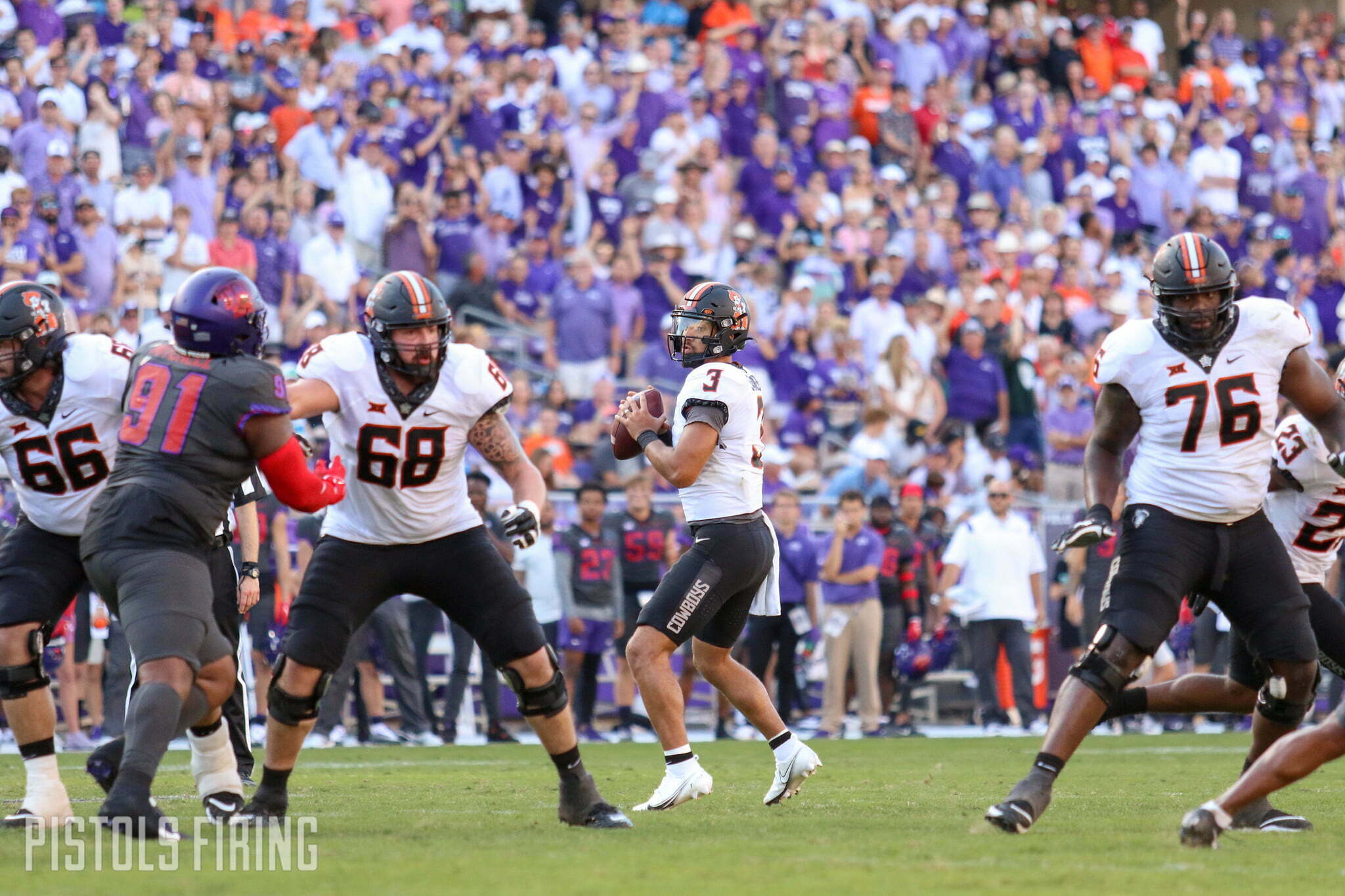 The Cowboys have dropped out of the Top 10 in both major polls following their 43-40 double-overtime loss at TCU.

The latest AP ranking has Oklahoma State ranked at No. 11, down three spots from 8 after the road loss. The Cowboys dropped from 7 to 11 in the AFCA Coaches poll.

Here’s a look at the full AP ranking.

The Horned Frogs took the Cowboys’ spot at No. 8, now sitting as the only unbeaten Big 12 team. After OSU at 11, Kansas State remained at 17 during a bye week and Texas climbed from 22 to 20 after beating Iowa State. Future Big 12 addition Cincinnati remained at 21.

Kansas dropped from 19 out of the ranking after the Jayhawks’ loss in Norman. They’re now the fifth team out receiving 12 votes. Future Big 12er UCF is the third team out with 13.

The Cowboys had some company among Top 10 teams that hit a bump in the road. No. 3 Alabama dropped to sixth after losing to Tennessee. The Volunteers took the Crimson Tide’s spot at 3. USC dropped from 7 to 12th after losing to Utah.