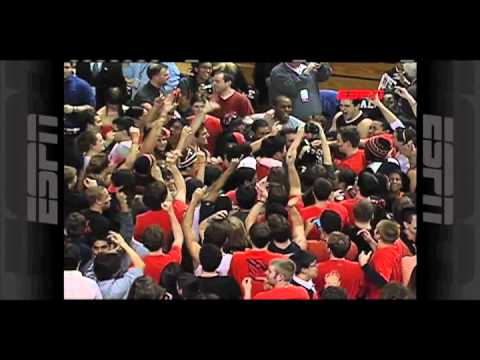 At about 4:46 CST on Saturday afternoon Harvard’s athletic department was probably standing slack-jawed with the rest of the country at what they’d just witnessed — the shot of Championship Week (up to that point) that sent Princeton dancing with 67 others.

Harvard’s consolation? Their first trip to “the Princeton of the Midwest” and Gallagher-Iba Arena.

The Cowboys will face the Crimson at 6:30 on Tuesday night and it will televised on ESPN and ESPN3. If OSU can get past Harvard they would be looking at match-ups with #2-seeded Washington State and #1-seeded Boston College as a prelude to the little dance’s Final Four in New York City. Here’s the full bracket.

I don’t think I’ve ever been this excited about basically what amounts to college basketball’s version of the Emerald or Motor City Bowl. I’m not into building blocks and baby steps but it really feels like this particular team (specifically JPO and Markel) could use a deep run over the next few weeks to get ready for next year. They could use a taste of MSG to whet their collective appetites for 2012.

Plus, I think they have the ability and desire to own the next five games. Look at it this way, Colorado is a #1-seed and probably the biggest (or at least most public) snub from the big-boy tournament. Do we really feel like OSU isn’t beating Colorado on a neutral court right now?

Lastly, the OSU Athletics Twitter account announced tickets are available for $8/$4 so buy them, let’s not get Marist-ed again.