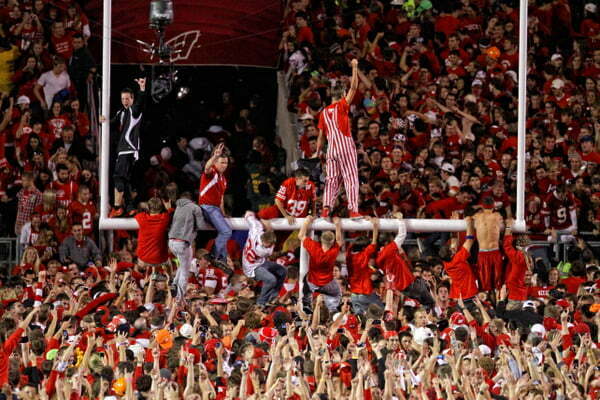 So you’re excited about your week off from the stress and potential agony of trying to collectively (and agonizingly) defeat squinky?

Not so fast my friend.

We have work to do this tomorrow, and by “work” I mean we have an obligation to pretend like our efforts as fans can somehow, no matter how minutely, affect the outcome of games across the nation this weekend.

Since OSU has officially entered the top 5 and all of us have entered “I’m terrified to talk about this season and what could happen over the next 8 games to the point that I just Google “Houston Oklahoma State 2009″ and stare at the box score for hours at a time” mode (which is fun), we have a rooting interest in national games because they actually mean something to 1.) our future BCS ranking and 2.) the national title scene (gulp).

And I think I just shattered my previous record for longest sentence on PFB.

Okay, so who are we rooting for this weekend? I’m glad you asked…

Well, you could drive down to Baton Rouge, put Tyrann Mathieu in handcuffs, lock Les Miles in a shed (unless Craig James is doing the game), and have Ryan Perriloux’s 5-year old daughter play quarterback and LSU is going to win this game. But Go Big Blue!

Oregon rolled Nevada by 49 and Boise might look that look tame considering what Nevada did to their season last year. Again, nothing happening here.

Florida goes to Death Valley next weekend which, for all intents and purposes, is a loss, but we need them to come up big at home tomorrow. Alabama and LSU play later on this year in Tuscaloosa so ideally Florida would beat Bama, LSU would beat Florida, Bama would beat LSU, nobody would know who to vote for, and the ’08 Texas Tech team would be exonerated. Go Gata!

Bucky at night in Camp Randall with College Gameday and an opposing quarterback who’s had one good passing game in his career. Psshhh.

The problem for OSU fans is this: after this weekend Wisconsin has two tough games left (at Michigan State and in the ‘Shoe). If they roll Nebraska (and I expect they will), they could jump OSU and never look back. We don’t need to look this far down the road but I’m assuming you guys have all heard of what happened to Auburn in 2004.

As a college football fan? I’m pulling for Bucky

As an Oklahoma State supporter? I want to see some T-Magic in Madison.